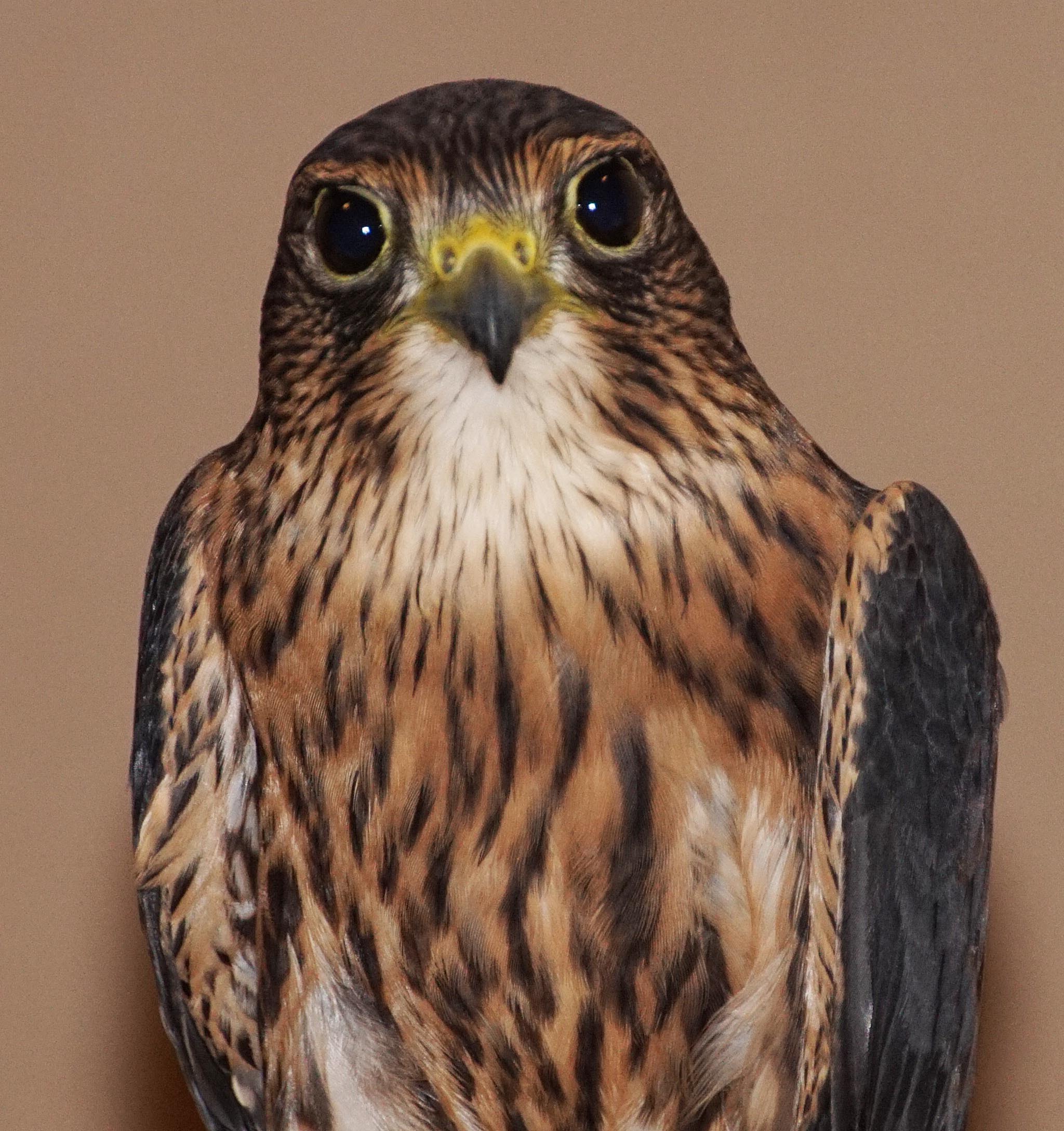 Dash was found in a front yard in Askov, Minnesota, in September, 2015.  He was fully grown, but he had probably only been trying out his flight skills for a couple of months.  Merlins hatched in Minnesota generally fledge early to mid-July.

TRC’s clinic determined that he was depressed, had swelling on one eyelid, and suspected head trauma.  While he recovered, it was discovered that he also had permanent nerve damage to his left wing, which meant he could not be released.

Merlins are increasingly making urban areas their homes.  Like other falcons, they do not make nests, but will take to squirrel or crow nests, especially in spruce trees.  These energetic raptors will chase and even capture prey much larger than themselves, including blue jays and crow.  They are incredibly agile and quick, hence the name Dash, given by one of TRC’s volunteers.

Male and female as adults have very different plumage.  Dash molted in his dark silvery-grey adult feathers from a dark brown juvenile set. Adult females will appear brown as well. 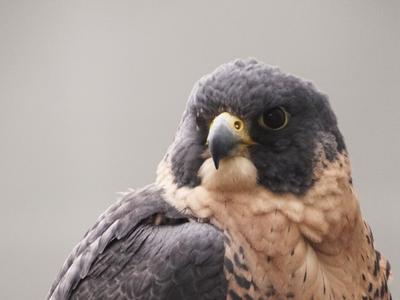