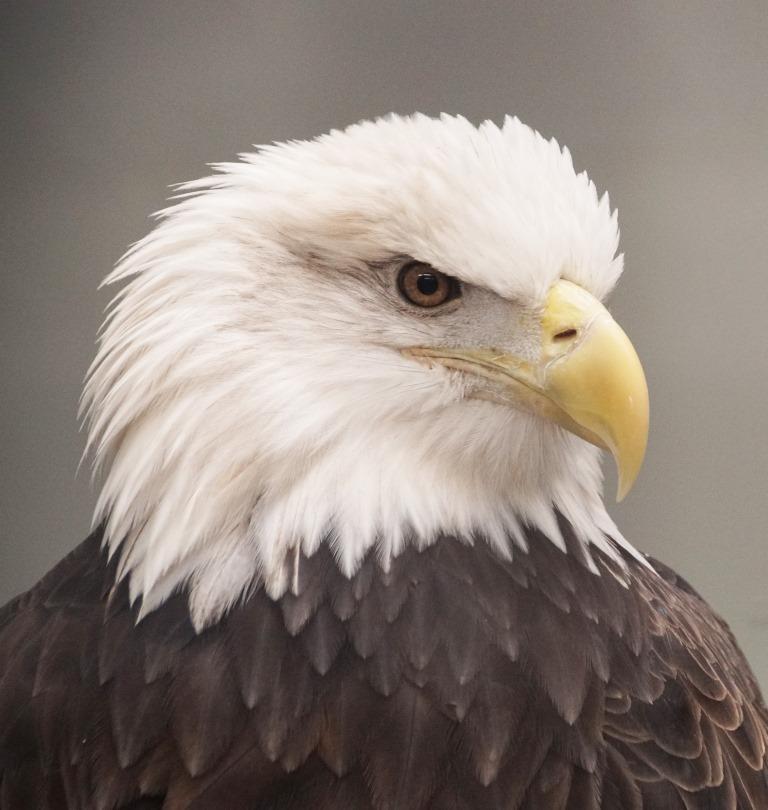 On November 28, 1999, Maxime was transported to The Raptor Center from Moorhead, Minnesota, where she had been discovered alongside a highway. The Moorhead Police Department had received a call from a concerned citizen who had observed the eagle on the ground. As the Moorhead Police Department had suspected, this was a juvenile bald eagle that had yet to develop the white head and tail that adult eagles achieve between their fourth and seventh years. Radiographs showed that the left humeral-ulna joint was dislocated and there were bony changes on the surface of the ulna. The luxation of the humeral and ulna joint was thought to be a collision injury, possibly with a power line. Maxime also had lead poisoning, which has become such a serious problem for eagles that a lead test is standard for all eagles admitted to the clinic.

Lead poisoning can cause long-term heart defects, eye damage, difficulty with oxygen absorption, and death. Maxime’s blood test for lead was 0.35ppm – elevated, but treatable. Chelation therapy, a process in which a medication is injected into the bird’s blood, began immediately. Chemicals in the medication “bind” the lead and help the bird’s body excrete it. At some time during her young life, Maxime had ingested the poisonous metal, likely while feeding on carrion shot with lead ammunition.

After the joint healed, Maxime was flown on a weekly basis. Subsequent x-rays revealed arthritic changes in the left joint and bridging in the radius and ulna. Maxime’s flight limitations were permanent. As The Raptor Center’s only female bald eagle, she is considerably larger than her male counterparts, as is customary in the wild.

To honor her majestic size, she was named after a storybook character, “Maxime, a giant.”