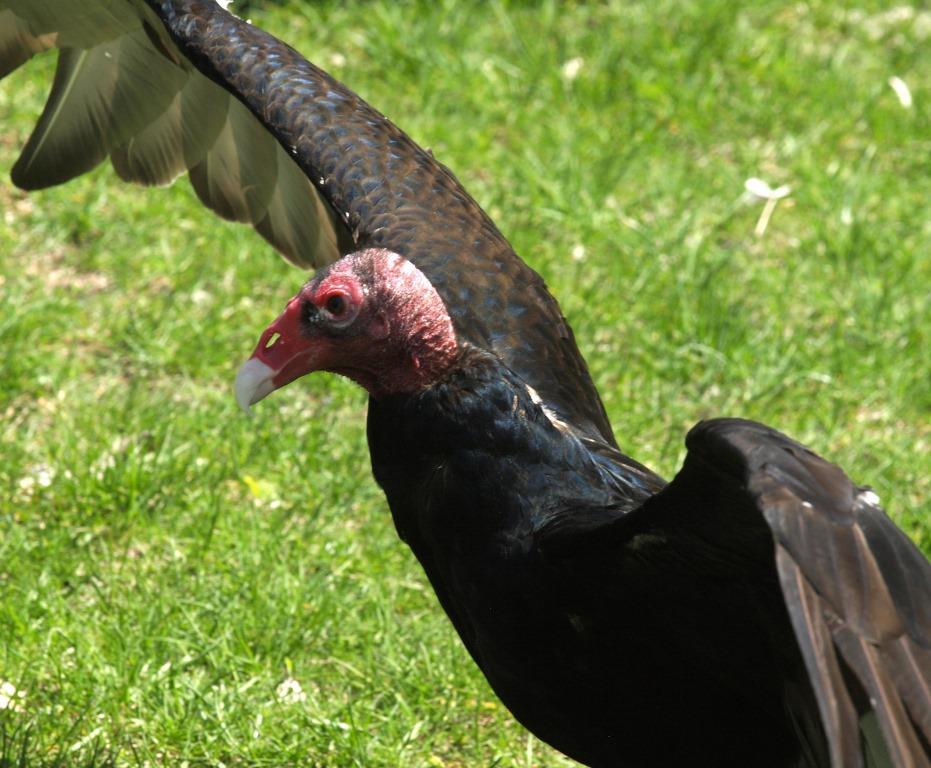 Nero, The Raptor Center’s resident education turkey vulture, has played an important role in scientific study and research. Hatched in 1974, he was taken as a nestling by the University of Wisconsin for scientific study. Nero acted as a model for developing wing tags, color markers, and radio-transmitter mounts. This work helped pave the way for the use of similar equipment in the California condor, an endangered species. This type of scientific research can only be completed for very special purposes and requires specific federal and state permits.

Due to being taken as a young nestling, Nero became imprinted on humans. Thus, unlike other vultures, he has no natural fear of humans and does not always display appropriate turkey vulture behaviors. It was decided that he would lead a healthier life in captivity, and he was placed at Carpenter Nature Center in Hastings, Minnesota. When Carpenter’s program changed in 1993, The Raptor Center eagerly added Nero to its education program.