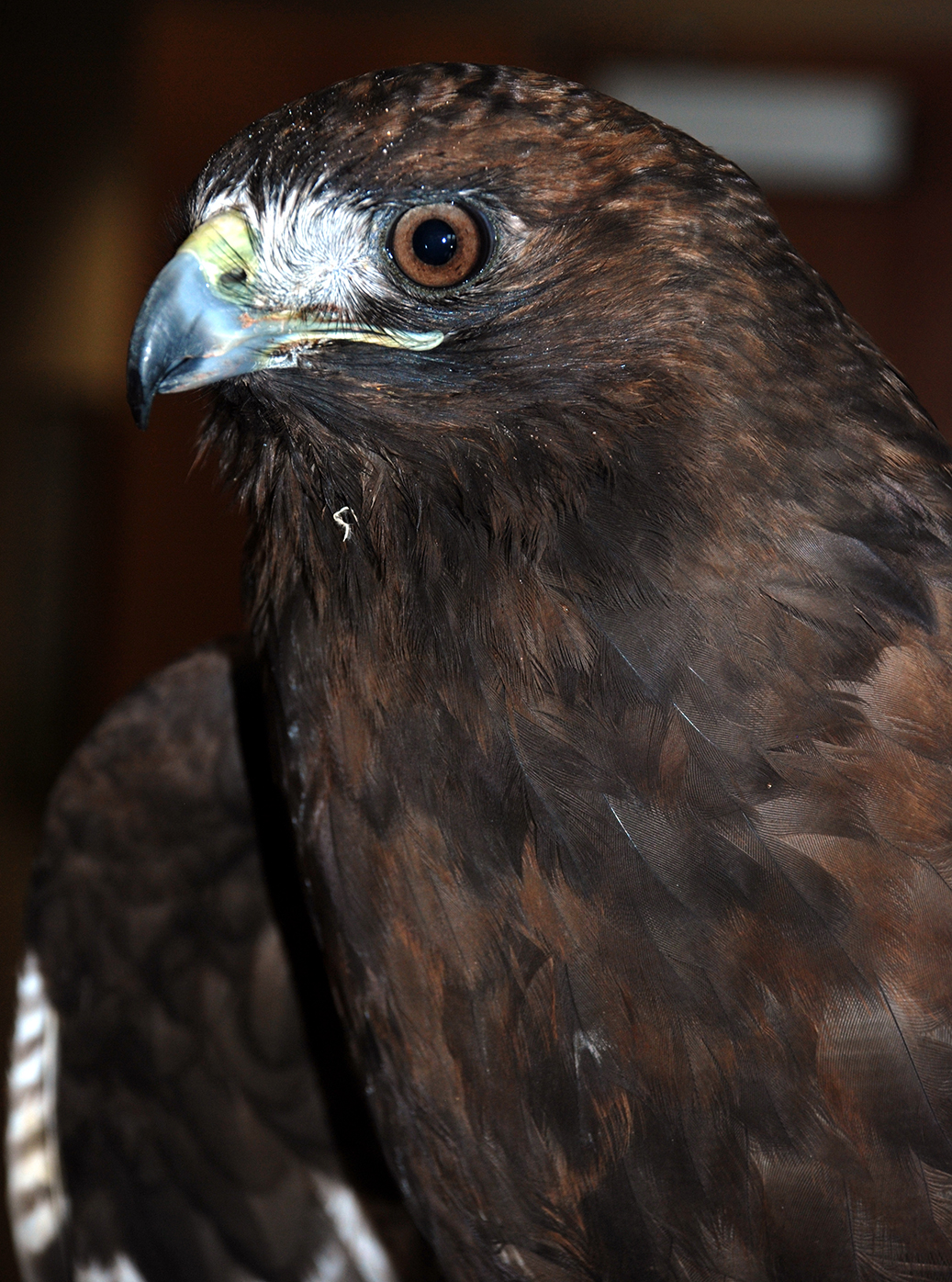 Omaha was found starving with injuries to his left wing in the winter of 2002 in Omaha, Nebraska. The hatch-year hawk was taken to Raptor Recovery in Omaha, where he was treated. He was sent to The Raptor Center via Northwest Airlines to be tested for West Nile virus, and while there, he was given a physical exam. An x-ray showed he had sustained a gunshot wound that fractured his left humerus. The bone had healed abnormally, causing him to lose proper mobility in that wing. This meant that the young hawk could never be released into the wild.

Red-tailed hawks have a relatively high degree of color variation between individuals. The Raptor Center’s education bird Casper is identified as a Krider’s morph, or light-morph hawk. Omaha is classified as a dark-morph hawk. There are 14 subspecies of red-tailed hawk, based on plumage color.