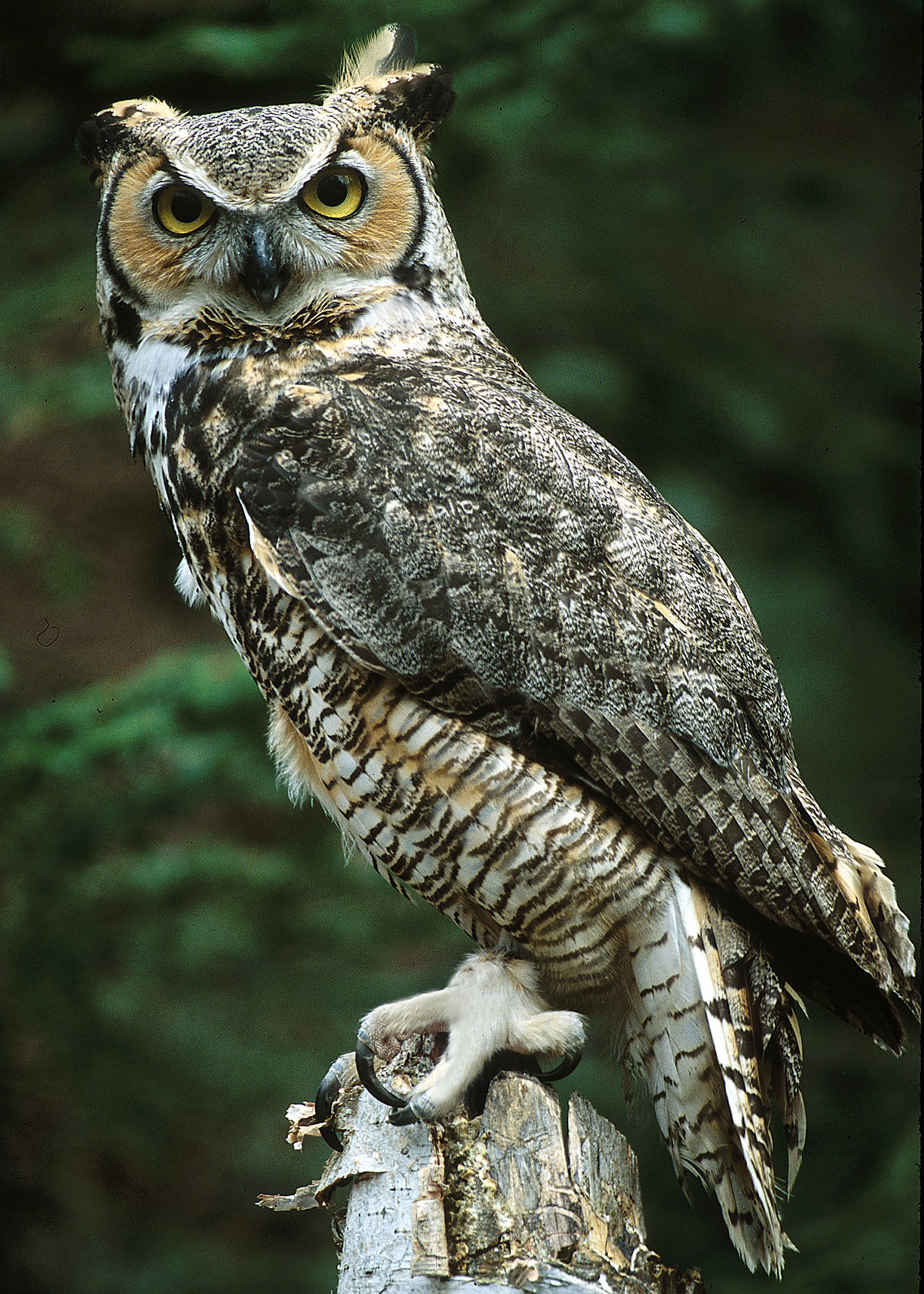 Ricke was dropped off at a veterinary facility in River Falls, Wisconsin on November 1, 1998. Realizing his injuries needed specialized care, the staff transferred him to The Raptor Center. Upon admission it was apparent that Ricke’s behavior was unusual. He did not hiss and clack at humans as most wild owls do.

A thorough physical exam was done and blood work and x-rays were taken to ascertain the extent of his injuries. There were no open cuts or fractures, but x-rays revealed a curvature to the spine and bones in his legs. These curvatures were likely the result of poor nutrition during bone development, a condition known as rickets.

As with human babies, if a chick does not get the proper nutrition, the growing bones will not be able to support an increase in body weight. The rickets, coupled with his unusual behavior, led veterinarians to suspect that this great horned owl had been imprinted.

Occasionally, a young owl may be blown or fall to the ground where the parent owls will continue to feed and care for it until it is able to fly. Unfortunately, when a chick is found on the ground by a human passerby, they are often viewed as “orphans” in need of rescuing. Whoever “rescued” Ricke not only permanently damaged his bone structure by feeding him inadequate nutrition, but also permanently damaged his brain.

Coined “Ricke” for the disease that ravaged his young body, he is a reminder of the stewardship we must demonstrate to keep our environment clean and the creatures that inhabit it healthy.