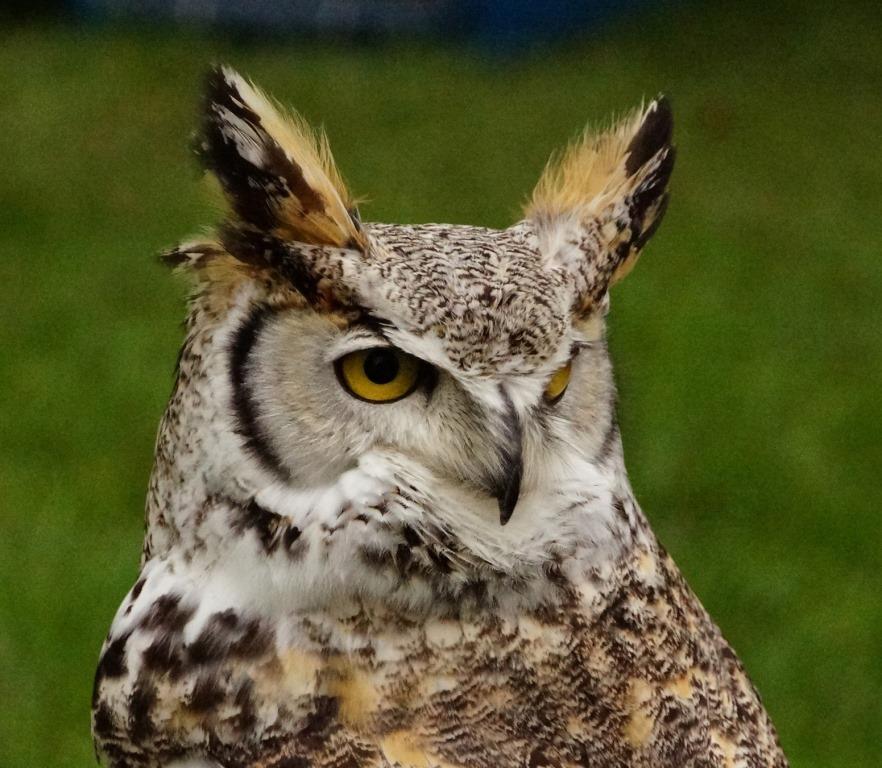 On February 17, 1992, a great horned owl was brought to The Raptor Center with multiple wing injuries. She was found along the side of the road in Deer River, Minnesota, and it is thought that she may have been hit by a vehicle.

After rehabilitation, it was determined that her injuries impaired her flight too greatly for her to succeed in the wild. She was placed in The Raptor Center’s education department.

Human limbs and bird limbs are known as “homologous structures.” Structures that are homologous between two different species of animals have fundamental similarities, even if they do not have the same function. Samantha fractured two bones in her wing called the ulna and radius, which are homologous to the two bones of the human forearm by the same names. One of her old injuries affected her right fibula, a bone in the lower leg not unlike the human fibula, which is the smaller of the two bones of our lower leg.