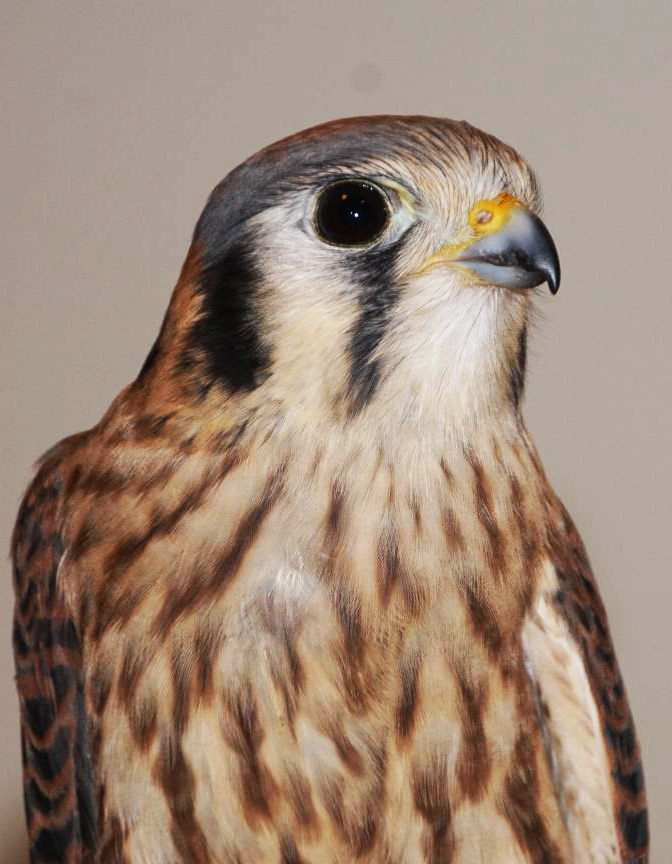 Sienna came to The Raptor Center after she was found in a field near Wabasha, MN, unable to fly.  When admitted, she had a clean, healed, amputation of the outer wing digit, and not capable of sustained flight.  She was also very tolerant of humans, which might indicate that she had been held in captivity for an extended period of time before admission.

American kestrels are popular ambassadors for our education team.  These small falcons do not make nests.  Humans can help this species by providing appropriately placed nesting boxes to supplement the lack of natural nest cavities in snags that are often pulled down.