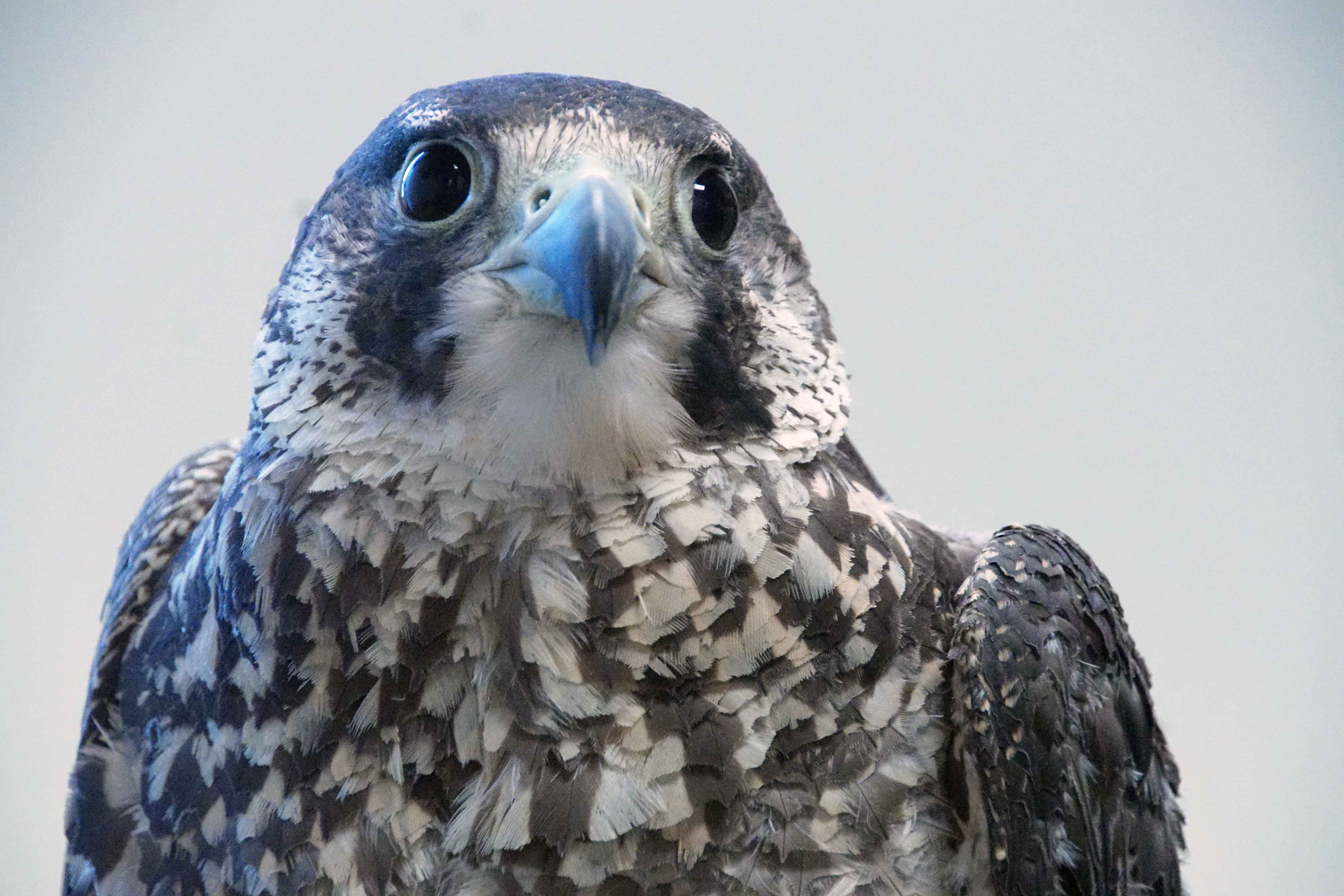 Talon was found injured near a site in Saint Cloud, Minnesota, where there is a peregrine nest box.  It was thought that she was a youngster hatched near there until TRC staff looked up information from the bands she had on her legs.  Her color band, in this case black/red D/79, was entered into the Midwest Peregrine Society’s database.  She was banded at about 23 days old in Fort Wayne, IN, as part of the Midwest Peregrine project, and named “Talon.”

Talon was admitted to the clinic with burns on her face, and in addition, all of her wing and tail feathers (and many body feathers) were burned and melted.  We do not know for sure what happened, but this type of injury can be caused by birds flying over/perching on intense heat sources such as smokestacks of methane burners. While the molting process that all birds go through replaces feathers, the tips of her talons that were broken off will never grow back and will never be sharp, so successful hunting is compromised.

It was determined that she was not releasable, and now has a role as education ambassador for her species.  She will help TRC to engage all members of the public on topics related to our shared environment.