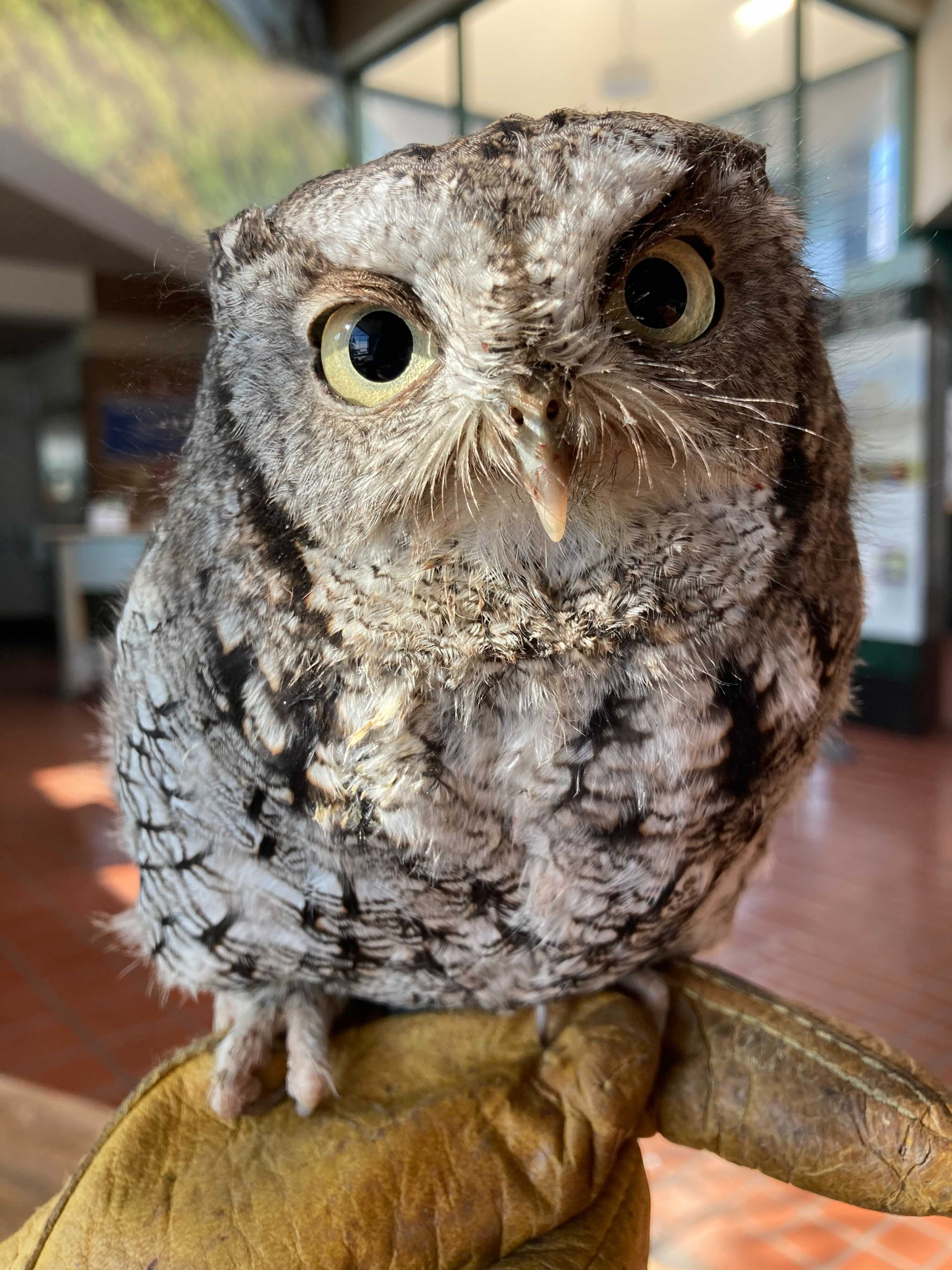 In 2009, Warner was found as an adult on the ground with head trauma. No one knows what caused his injuries, but both of his eyes suffered permanent scarring on the retinas. Because of this, hunting and navigating in the wild would have been extremely difficult and he would not have survived long once released. For this reason he transitioned to a role as an education ambassador at Warner Nature Center.

When that nature center closed in 2019, Warner spent a short amount of time at Wolf Ridge Environmental Learning Center before permanently settling in with us at The Raptor Center. He quickly adapted to his new role and now helps us teach others about the environment and raptors in our educational programs.

Warner has gray feathers, but eastern screech owls can also have red feathers. These different color "morphs" help each owl camouflage best in different types of trees. Some habitats have more of one color morph than the other. In Minnesota, we tend to see more gray screech owls, but red screech owls are also present. Nests that include both color morphs can be found all around their range.

A nocturnal hunter, it's important to remember that sport netting from soccer or badminton are almost invisible to owls at night. Owls of all sizes can fly into the nets and get tangled, breaking their feathers and causing other injuries that can prove life threatening. To help these nighttime hunters, take any nets you have down at night and talk to your local parks department about taking public soccer nets down at night too.