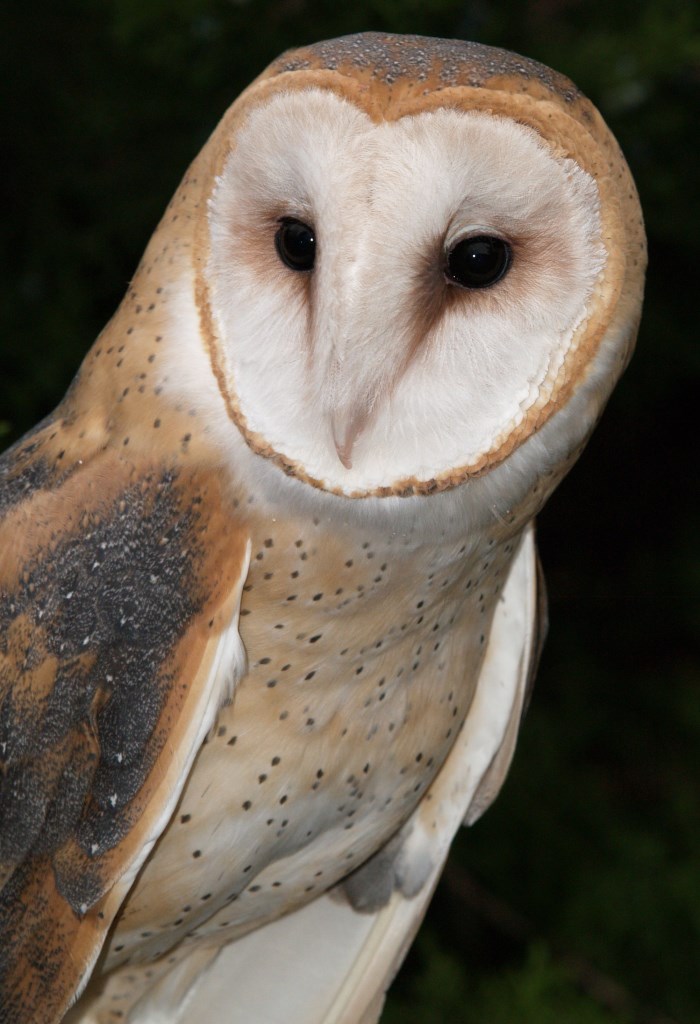 Whisper’s story is unique within The Raptor Center’s education department. Whisper hatched in St. Louis as part of a barn owl breeding program. Many of the barn owls at the facility were bred for reintroduction programs to combat barn owl population decline, but Whisper was slated to become an education raptor.

Whisper is an example of a bird that was purposefully imprinted. Barn owls have been directly affected by habitat loss. It was critical to have her as a staff member to help promote the messages of stewardship, conservation, and civic action on behalf of wild barn owls.

Like all birds, viable habitat for hunting and nesting quickly became a limitation in North America in the twentieth century. Barn owls typically nest in tree hollows but can also nest in cliff cavities, riverbanks, nest boxes, and open human structures like the rafters of barns. In North America, the decrease of open farm structures for nesting and roosting has affected barn owl populations as has the decline of agricultural areas that support a high density of small mammals.

In lab tests, the viability of eggs has been affected by pesticides such as polychlorinated biphenyls and chlorinated hydrocarbons.