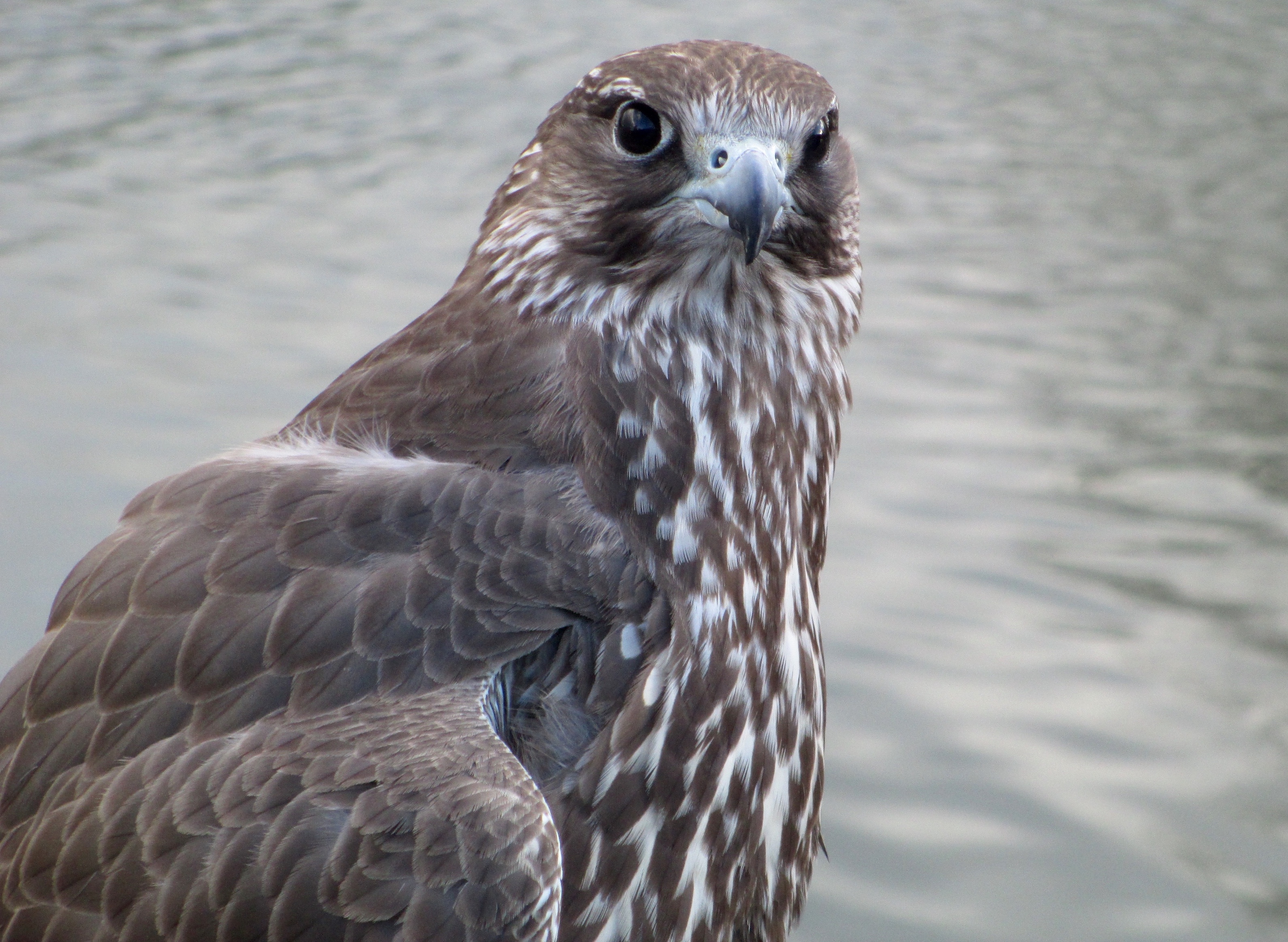 The largest falcon in the world, the gyrfalcon has three plumage phases: gray, black, and white. With the dark eye, notched beak (tomial teeth), and pointed wings typical of falcons, the size and color of this bird leave no doubt as to its identity.

Gyrfalcons are found in arctic and sub-arctic regions around the world. In winter, some birds migrate into Minnesota and as far south as Nebraska.  There is usually at least one gyrfalcon hunting in the Duluth harbor every winter.

Rocky seacoasts and islands near sea bird colonies, rivers with rocky bluffs, and mountains above the timberline are all home to breeding gyrfalcons. As with the other large falcons, this bird relies on open space in which to hunt.

Like the peregrine falcon, the gyrfalcon lays its eggs on the bare rock of a cliff, although some birds use the old stick nest of a raven or golden eagle. Tree nesting has also been recorded.

Although they feed primarily on birds, especially ptarmigan and sea birds, the gyrfalcon does include mammals in its diet, particularly lemmings, ground squirrels, and rabbits.

Wild gyrfalcons are rarely admitted to the clinic.

Considered common in many parts of its range and declining in others, the gyrfalcon seems to have escaped the problems that befell the peregrine falcon in many parts of the world. It should be noted, however, that extensive surveys over most of its arctic range have been few and far between.