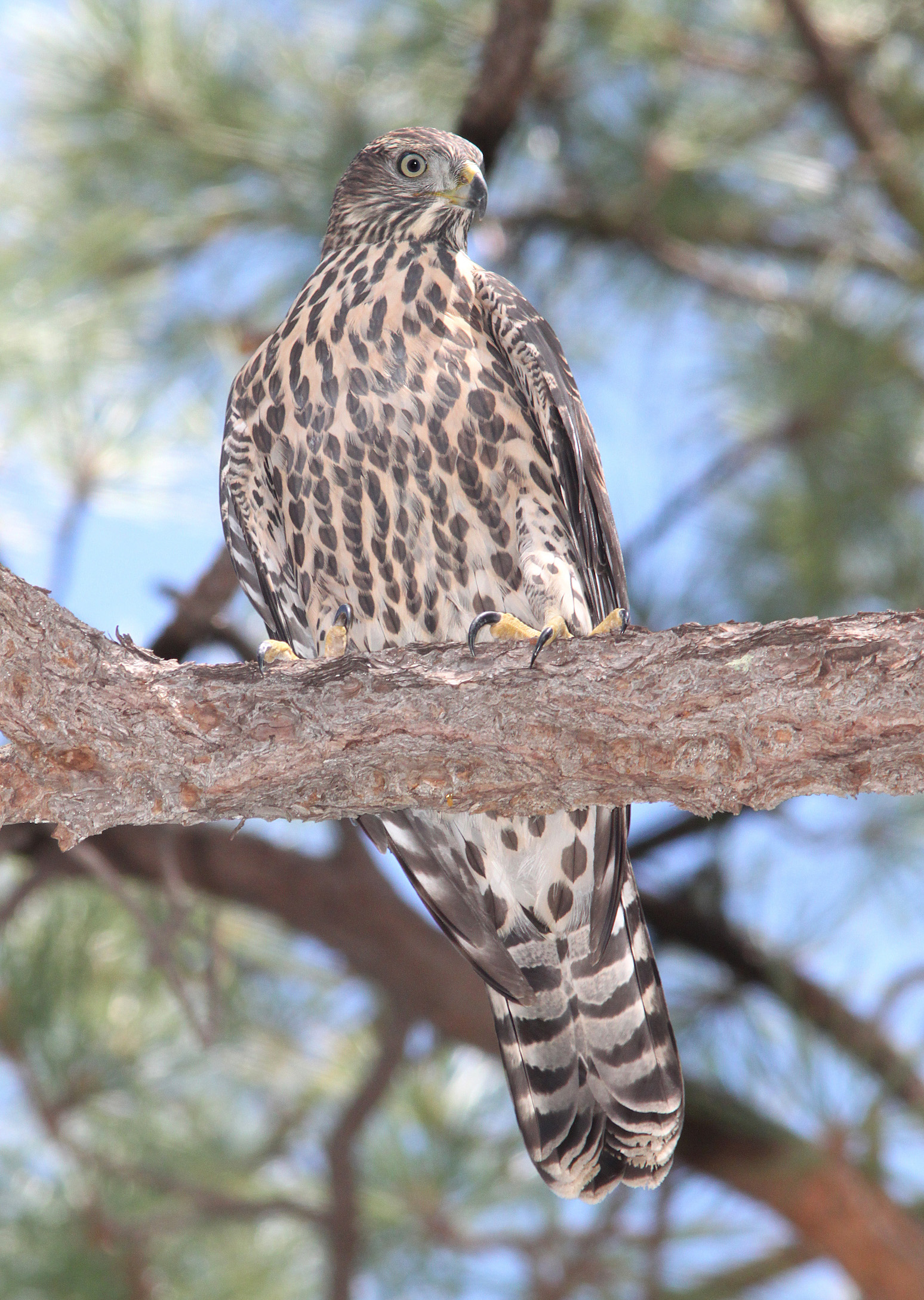 The largest of the accipiters, females can weigh up to 1,000 grams. Adult goshawks are told by their slate gray/blue back, dark cap, and striking white eye line. The underside is white streaked with black and gray. The red eye color in adults is one of their most striking characteristics. Immatures are brown on the back and top of the head; the underside is white streaked with brown. They also have a white eye stripe, although it is not as prominent as in the adults, and a yellow iris. The full adult plumage is not reached until the third year, although second-year birds will have some adult plumage. As in all the accipiters, the female is larger than the male.

Distributed through the northern hemisphere temperate zone from Siberia through northern Asia and into Europe from Scandinavia to the Mediterranean. In North America, the species breeds from Alaska across Canada and the northern tier of states including New England, and northern Michigan, Wisconsin, and Minnesota then south along the western mountain ranges into Mexico. There seems to be some expansion of their range in the eastern United States, with breeding records reported as far south as Maryland.

A bird of dense woodlands. In Minnesota, they are found in the middle and northern parts of the state in the summer, and move south in the winter.

Two to five eggs are laid in a well-built stick nest located high in a hardwood tree. The nest is often built in the crotch of the tree. Goshawks are known for their ferocious defense of the nest against humans often flying at people who approach.

Goshawks feed on a wide variety of prey, including rabbits and hares, squirrels, grouse, pigeons, and small birds and mammals. Prey is obtained by a quick approach from cover. There have been few reports of goshawks eating carrion.

Not a common patient, a few are admitted each year in the fall.

The populations seem to be stable and their range expanding in the eastern United States.