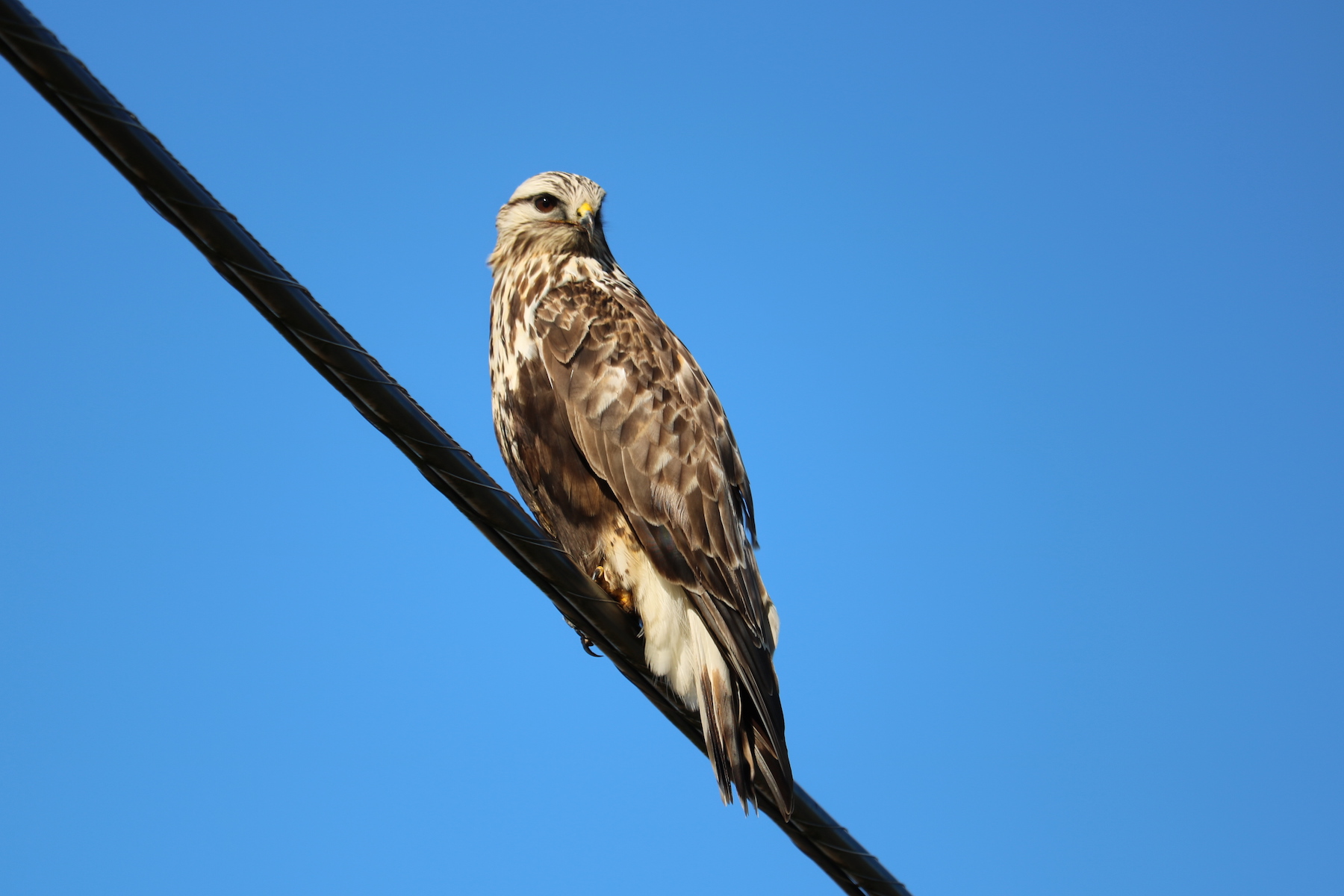 About the size of a red-tailed hawk, the rough-legged hawk is feathered down its legs and on the tops of its feet. It has a variety of color phases, from dark melanistic to light, although it never gets as light as a Krider’s red-tailed hawk. In all color phases there is a very dark band across the chest, and black patches on the underside of the wrist. A white patch at the base of the tail is a good field characteristic.

Breeds in the arctic tundra from Alaska through Canada and into Europe. Is seen in the northern United States during the winter. Rough-legged hawks can usually be found in Minnesota from September to May.

Can be seen hunting over agricultural fields and grasslands. Typically hovers while searching for prey.

Stick nests are built on cliff ledges and in the tops of trees.

Feeds primarily on small rodents such as mice and lemmings.

A few rough-legged hawks are admitted to the clinic each winter, but it is not considered a common patient.

The rough-legged hawk is not afforded any special conservation status in the United States.