Freedom's next adventure | The Raptor Center
Skip to main content

In the community
Raptor Spotlight
Freedom's next adventure
The Raptor Center 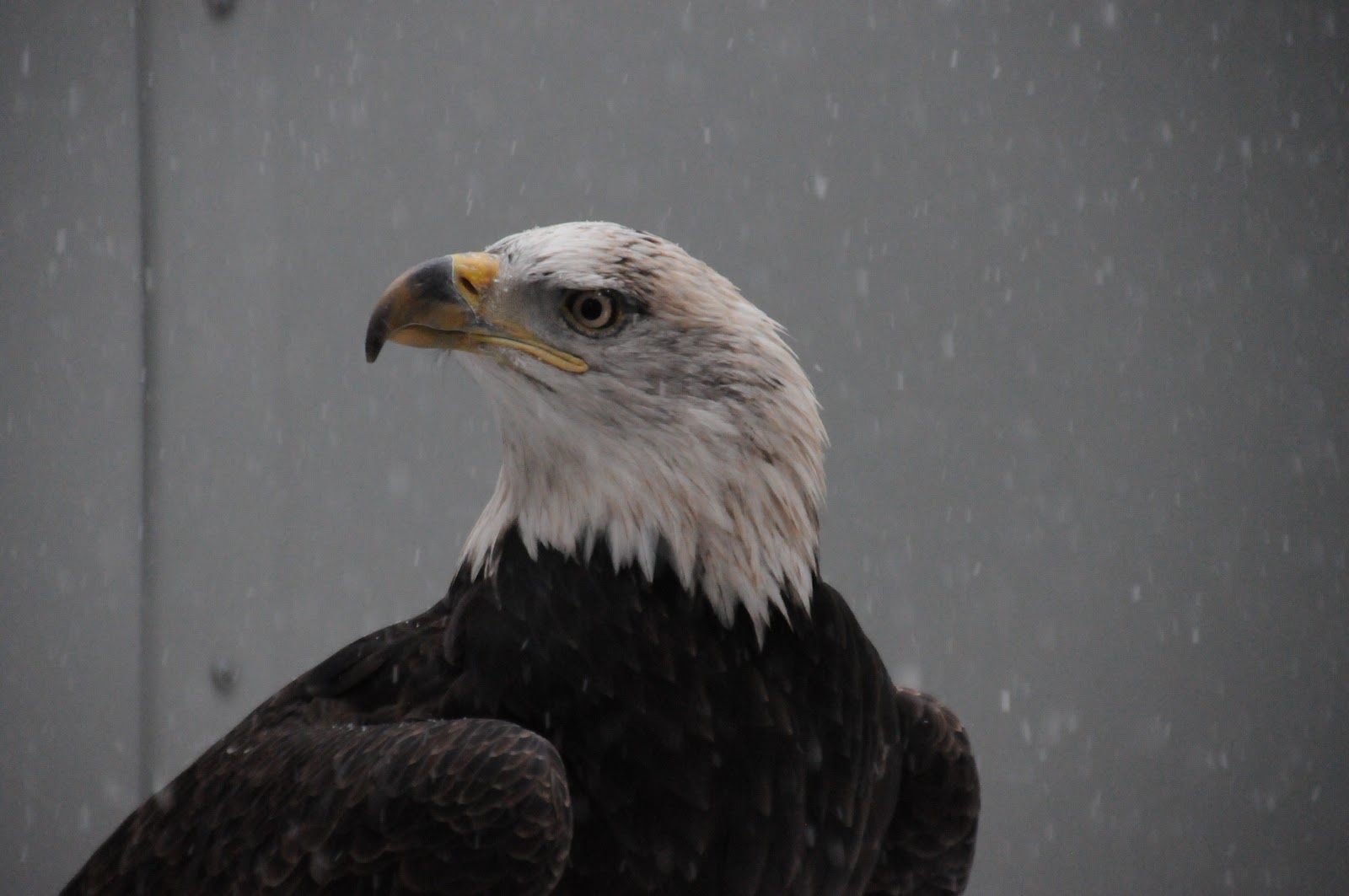 Many of our followers are probably familiar with Freedom the bald eagle. He came to The Raptor Center the summer of 2016 after a dramatic and highly publicized rescue. Found on July 4, 2016 tangled in rope and hanging high in an inaccessible tree, he was in a near-impossible place to reach. Veteran and sharpshooter Jason Galvin got permission from the DNR to take aim at the branch and rope trapping the eagle, chipping away until eventually it gave way and Freedom fell to safety.

Because of the ordeal, Freedom suffered permanent injuries to his talons and can no longer catch and hold on to live prey. He joined TRC’s raptor ambassador team, and like all new additions, underwent training and behavioral assessments to ensure he was “on board” with his new role in life.

As we continued training and assessing, it became clear to us that, while a great bird for an exhibit, Freedom wasn’t going to be comfortable handled on a glove or doing education programs outside of his enclosure. This would limit his opportunities for enrichment, as our birds are often being exposed to new environments when out with our handlers. Our setup isn’t designed strictly for exhibit. Enrichment is an important part of an animal’s welfare and is needed to keep birds mentally and physically active.

So in the interest of Freedom’s best welfare, we found him a new home - a large exhibit at a zoo. He took flight on February 4th, with the help of an aircraft, and headed to Turtleback Zoo in New Jersey which has a wonderful new free-flight bald eagle aviary. He landed that same day, safe and sound, and is settling into his new home. While we’ve grown close to Freedom and know many of our supporters cared for him, his new setup will be a much better fit for his needs. We will miss him at TRC, but wish him nothing but the best in his next adventure!