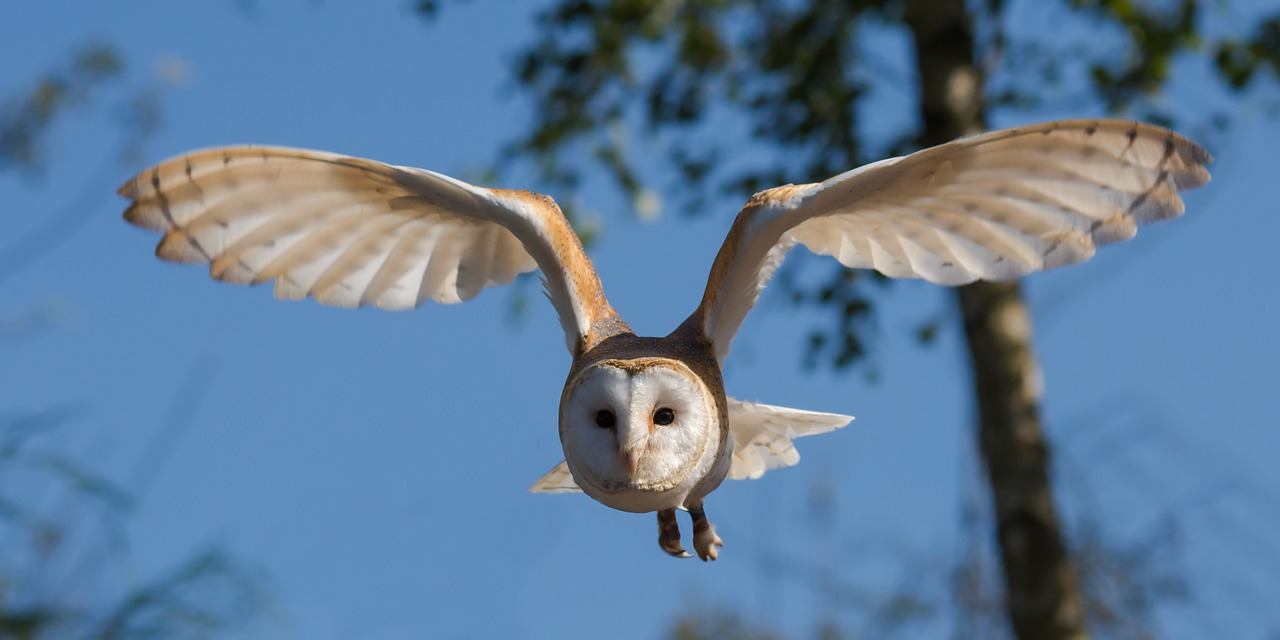 A large owl with a prominent white, heart-shaped facial disc, dark eyes, and no “ear” (feather) tufts. The legs are long and unfeathered. The plumage is sandy brown streaked with white and blue with pale or white underparts.

Nearly worldwide in distribution, the barn owl can be found in Australia, Asia, the Middle East, Africa, and Europe, as well as North and South America. It is most common between latitudes 40N and 40S of the equator. While not a common owl in the Midwest, there are breeding records from Minnesota and surrounding states.

A grassland species, the barn owl relies on open fields for hunting. As agriculture opened up the eastern forest in the 1800s, the barn owl's range expanded. Recent plowing and urbanization of grasslands has reduced the habitat available to barn owls (at least in the Midwest) and has caused a subsequent reduction of barn owl numbers in those areas.

A cavity nester, the barn owl takes readily to human-made structures, and they are well known in Europe for using buildings and church steeples as nest sites. This owl will also use properly placed nest boxes. Barn owls can be prolific breeders, hatching two broods in one year. In Europe, the typical number of young is three to six, but broods of up to 18 young have been reported.

A very nocturnal species, the barn owl hunts over fields and grasslands, preying primarily on rats and small microtine rodents. Its dependence on this food source makes it very susceptible to habitat loss.

Only a few of these barn owls, which are very rare in the Upper Midwest, have been admitted to our clinic. Barn owls have been used in TRC education programs.

The barn owl is not considered part of Minnesota's avifauna; there have been less than 10 recorded nestings in the state. Wisconsin, Iowa, and five other midwestern states list it as an endangered species, and it is listed as a species of special concern in South Dakota and Nebraska.