Our History | The Raptor Center
Skip to main content 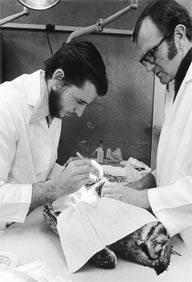 In the early 1970s, Dr. Gary Duke was conducting research on turkeys as a faculty member at the University of Minnesota College of Veterinary Medicine. Meanwhile, Dr. Patrick Redig was a sophomore veterinary student working with Duke, who then went on to get a PhD in avian physiology. Four baby great horned owls changed the fate of both.

A vet student brought Dr. Duke four baby great horned owls which Dr. Duke used to study avian meat eaters, and Dr. Redig, an avid falconer, cared for and learned to repair the injuries of the owls for release back into the wild. From this beginning, the two founded The Raptor Center (TRC).

Dr. Redig pioneered the avian orthopedic and anesthetic techniques used today, and also began using non-releasable birds to educate the public about raptor behavior, their environment, and the threats they face.

A wonderful story about TRC's founding fathers, Dr. Duke and Dr. Redig, was featured in our 40th anniversary issue of our Raptor Release newsletter.

Today, the magic of raptors makes it possible for The Raptor Center’s educational programs to inspire thousands of people annually, while our clinic treats nearly 1,000 raptors each year and trains future avian experts.

From its humble 1974 beginning in Haecker Hall on the St. Paul campus of the University of Minnesota, a lot has changed and much has been accomplished. Read more about our history through the years below:

The Raptor Center began receiving an annual grant of $5,000 from the U.S. Fish and Wildlife Service to support its veterinary work with endangered species such as the bald eagle and peregrine falcon. 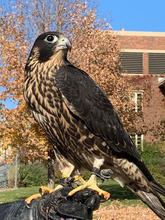 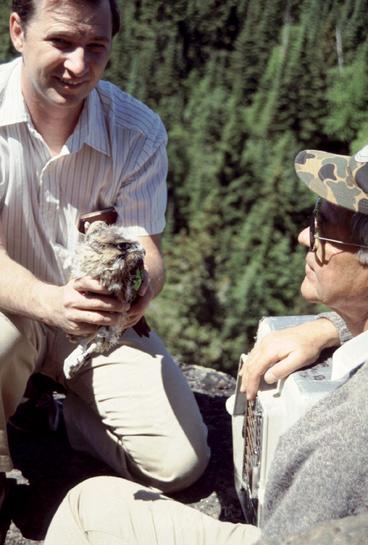