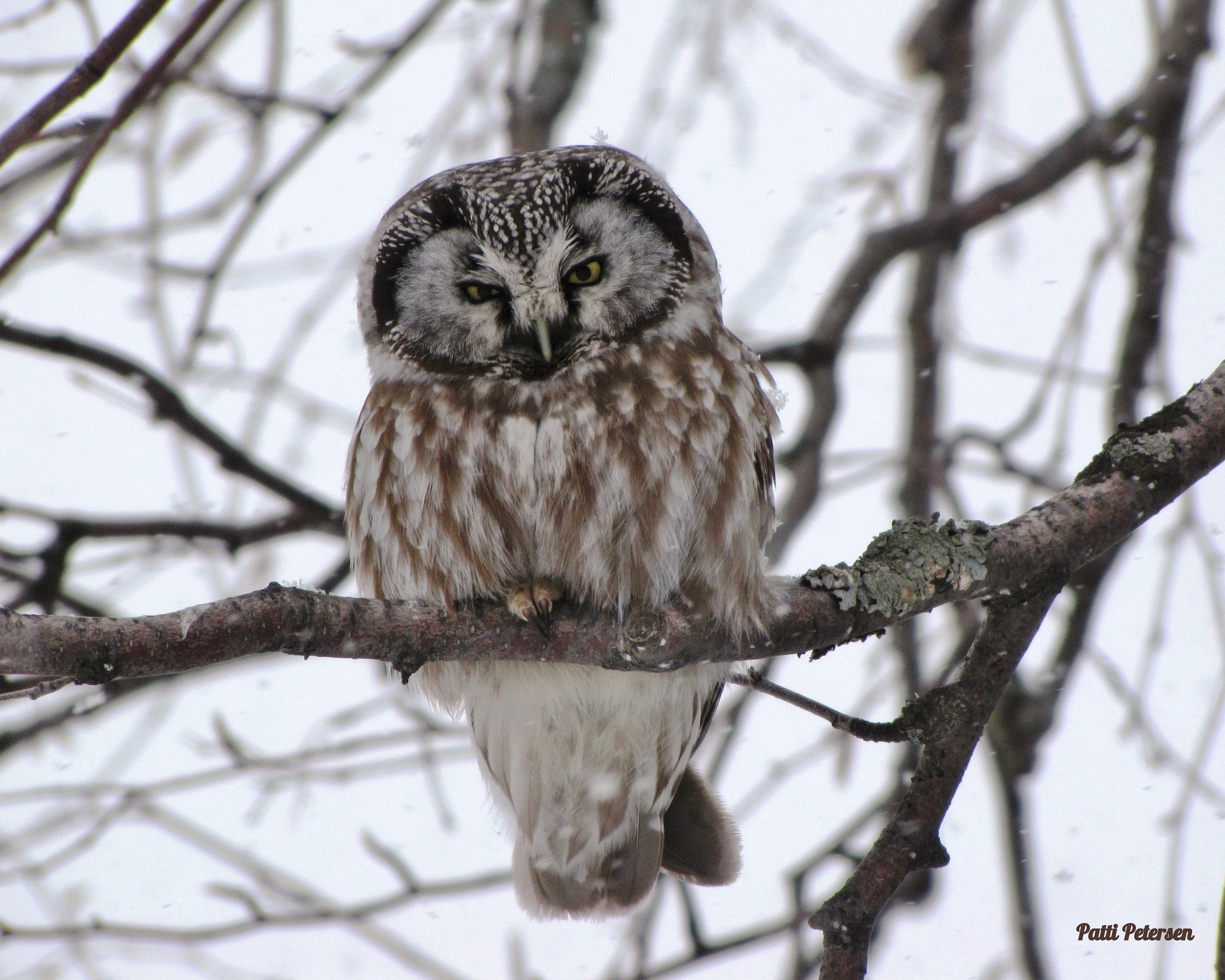 A small owl with a gray, squarish facial disc framed with black, yellow eyes and a light colored beak. White teardrop spots occur above its eyes. The back, tail, and wings are brown with white streaks. Boreal owls appear similar to the saw-whet owl but are larger.

Distributed circumpolarly, it is found in northern Europe (where it is known as Tengmalm's owl), the Soviet Union, Alaska, and Canada. The first report of its nesting in the lower 48 states came from Minnesota in 1978. Since then, a breeding population has been found in northeast Minnesota and local populations reported in Idaho, Montana, Wyoming, Colorado, and Washington.

As its name indicates, this owl is found in northern coniferous and mixed hardwood forests. It is most common in spruce or pinewoods, although it is regularly found nesting in aspen in Minnesota.

The boreal owl is a cavity nester that will also use nest boxes, particularly in Europe. The male sings near a cavity to attract a female. The female does most of incubation while the male feeds her.

Voles and other small nocturnal rodents make up the majority of this owl's diet. Population densities and migrations of the boreal owl can be tied to rodent populations.

Not a common patient, a few birds are admitted to the clinic during "invasion" years.

Not considered a common resident of the lower 48 states; ongoing research may cause a reassessment of this bird's status.