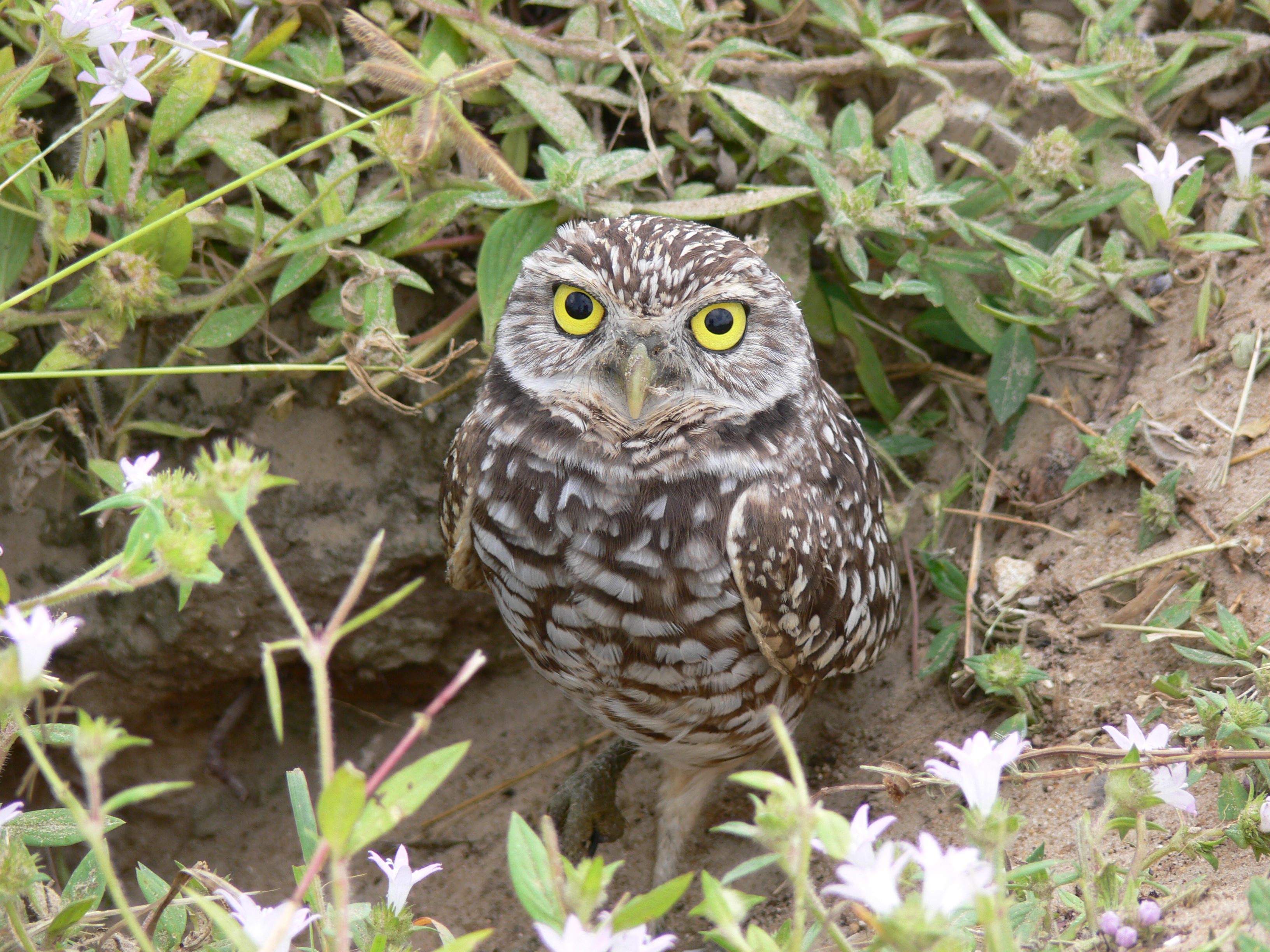 A small owl, about eight inches tall with long bare legs, no ear (feather) tufts, and a small facial disc. The adults are dusty brown with white markings on the belly and a prominent white chin stripe. The young are brown on the head, back, and wings, with a white belly and chest. They molt into an adult-like plumage during their first summer.

Breeds west of the Mississippi River from southern Canada throughout the western United States south through Mexico and into South America. A separate subspecies is found in Florida and the Caribbean Islands. Birds from the northern part of the United States and Canada are migratory, although their winter home is unknown.

Burrowing owls nest underground in abandoned burrows dug by mammals or, if soil conditions allow, they will dig their own. They also use human-made nest boxes placed underground. They can have up to 11 young, although three to six seems to be more common.

Burrowing owls feed on a wide variety of prey, changing food habits as location and time of year determine availability. Insects, small rodents, lizards, and birds are the most common prey items.

Burrowing owls are rarely seen in the clinic.

An endangered species in Minnesota, the burrowing owl is rarely seen in this state due to the loss of pasture and short mixed-grass prairie habits.  In other parts of the country, its numbers seem to also be declining