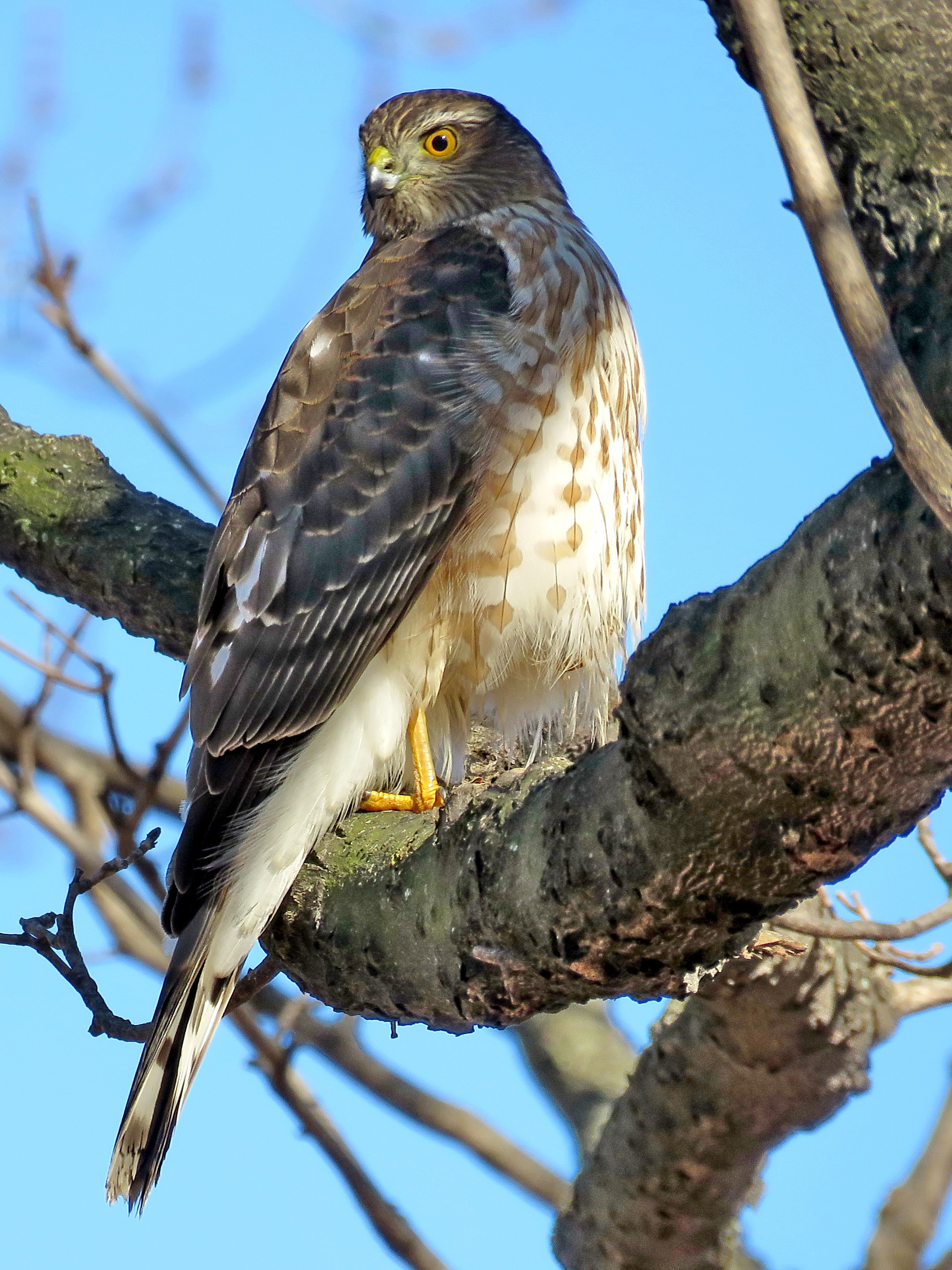 Medium-sized hawk from 14 to 20 inches in length. The adults have a gray/blue back with a white underside, horizontally streaked with rufous bars. The head has a black cap, and there are three black bands on the tail. The outer tail feathers are shorter than the rest of the tail feathers, giving the tail a rounded appearance, which—apart from size—can easily distinguish this bird from the sharp-shinned hawk. Males and females look the same, but the female is about one-third larger than the male. The immature birds are brown above and vertically streaked with brown below. The adult's eye is orange to red; immature birds have yellow eyes.

A North American species, Cooper’s hawks breed from southern Canada to the southern part of the United States. They are migratory, but a few remain in Minnesota throughout the winter.

A forest-dwelling bird found in deciduous woodlands but also have adapted extremely well to urban areas.

Cooper’s hawks build a stick nest high in the middle of a deciduous tree, in a crotch or a horizontal branch, where they lay two to five eggs. They are known to return to the same area to nest year after year.

Known as a predator of birds, the Cooper’s hawk also feeds on mammals, particularly squirrels and chipmunks. Once known as a regular denizen of poultry yards, it is one of many “chicken hawks.”

Cooper’s hawks are now the third most common patient admitted to the clinic, with over 100 seen annually.

The population is stable.