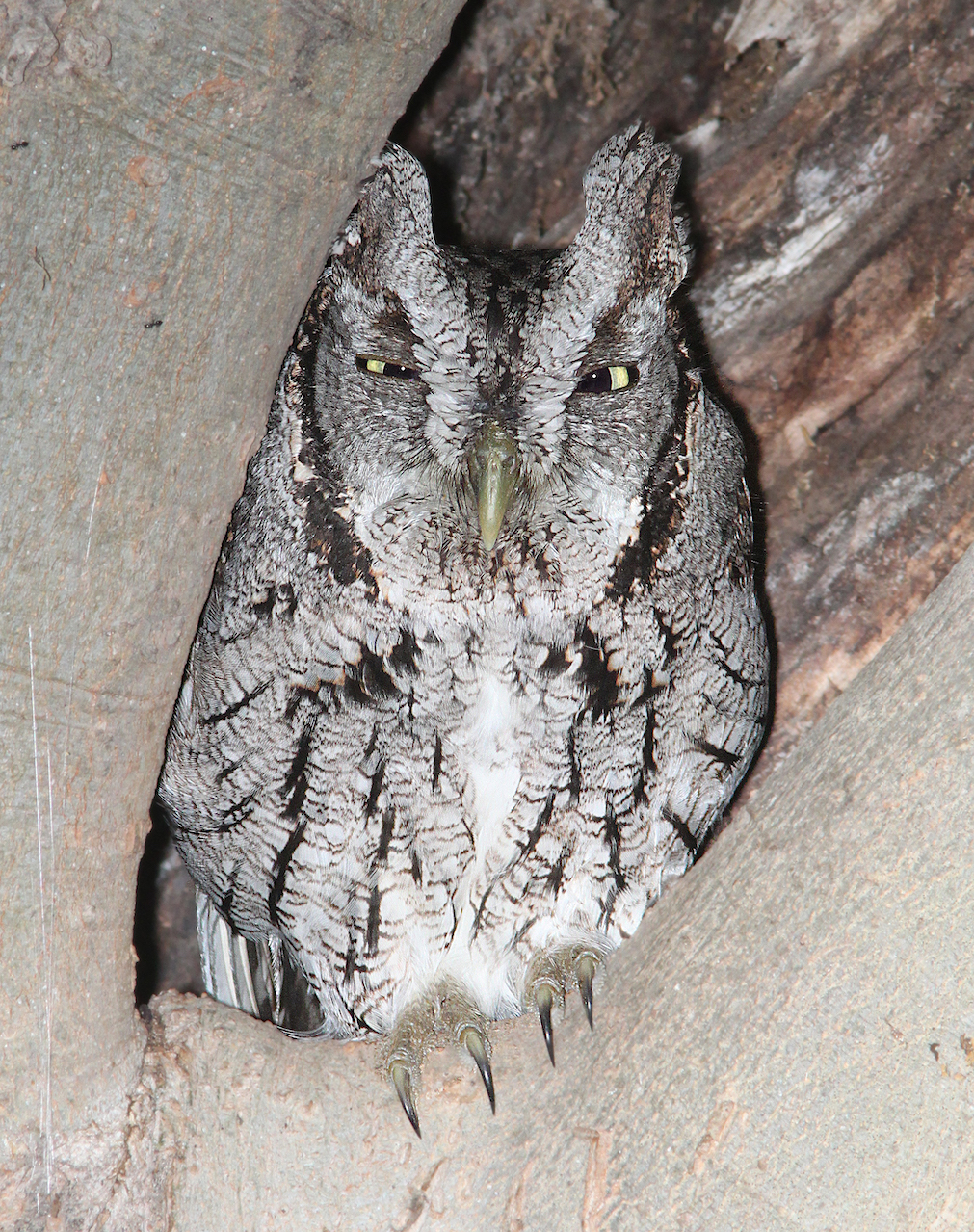 A small owl standing only about eight inches high, the screech owl is identified by its prominent ear (feather) tufts and white “eyebrows.” The screech owl has two color phases, gray and red (rufous) and its body has a unique pattern of thin bands and spots. It is often mistaken for a baby great horned owl.

Found across North America and south into Mexico.

The screech owl is found in woodlands bordered with open fields. It is not uncommon to find screech owls in urban areas.

The screech owl is a cavity nester that will use human-made nest boxes.

Screech owls will feed on a wide variety of prey, utilizing what is most common. Some food items include small rodents, birds, insects, and reptiles.

The clinic admits between 10 and 20 eastern screech owls every year.

Considered a common owl, the screech owl is not afforded any special status.