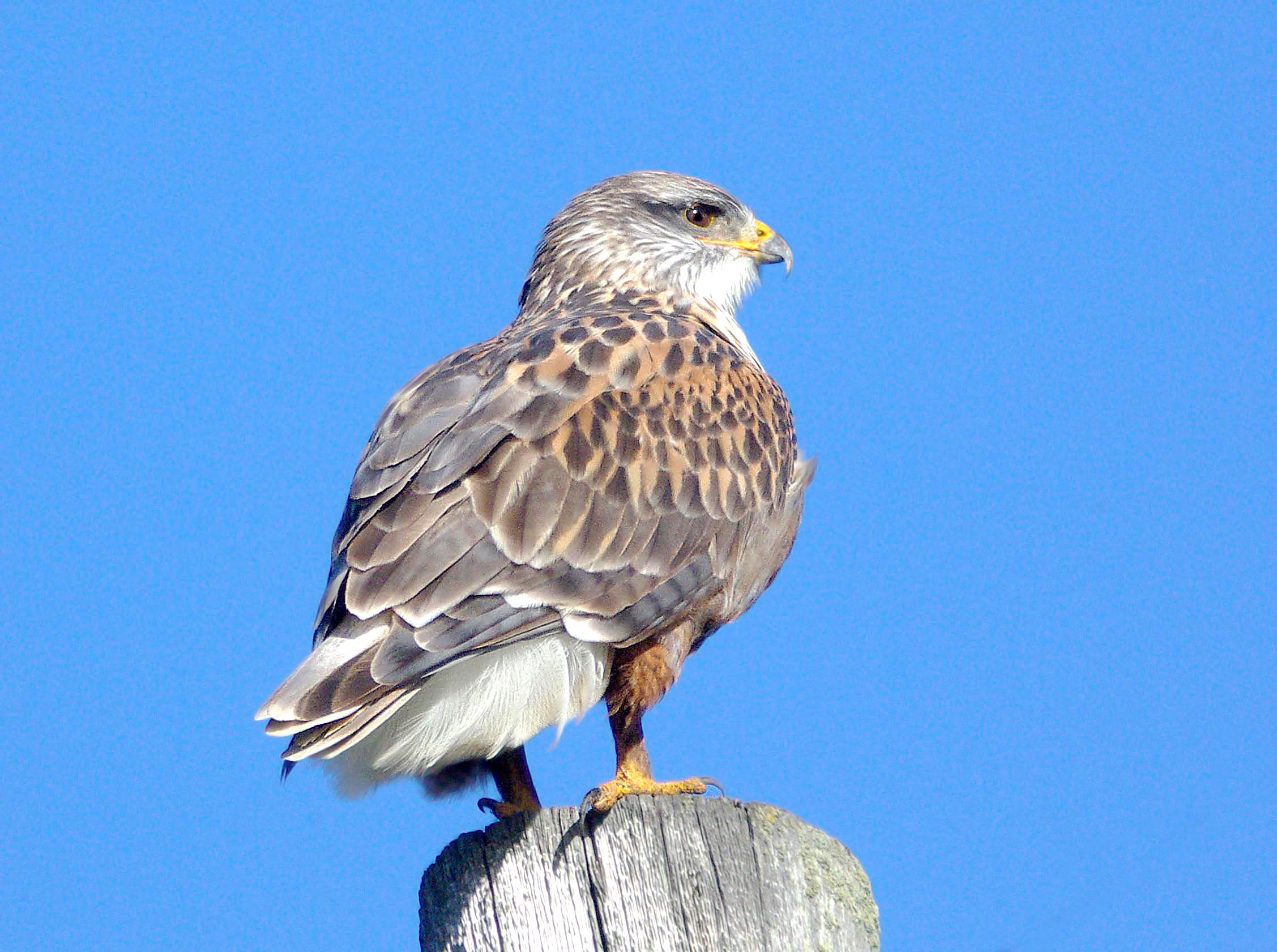 The ferruginous hawk is the largest buteo in North America, with a length of 20 to 25 inches and a wingspan of 53 to 56 inches. These hawks have short, dark, hooked beaks and extremely long, yellow gapes that extend to below the eye. The adult is brown above with rusty streaks and white below. Its legs are feathered to the toes. The sexes are similar.

Open country in semiarid grasslands with scattered trees, rocky mounds, or outcrops and shallow canyons that overlook open valleys. During migration, they may be seen along streams or in agricultural areas.

Ferruginous hawks may nest in close proximity to each other, less than a half a mile away. They select rocky outcrops, hillsides, rock pinnacles, or trees for nest sites. Nests may be built right on the ground. Nests are built of large twigs or roots, grasses, old bones, or cow or horse dung. Both the male and female participate in nest building, followed by the laying and incubation of three or four eggs that are laid at two-day intervals. The young hatch between February and July after about 28 days of incubation, and leave the nest 38 to 50 days later. The young remain with their parents for several weeks after fledging before dispersing on their own.

The Ferruginous hawk is now considered common and is afforded no special conservation status.  However, just over a decade or two ago, it was considered threatened, endangered, or a species of special  concern in parts of its range primarily due to a loss of habitat.