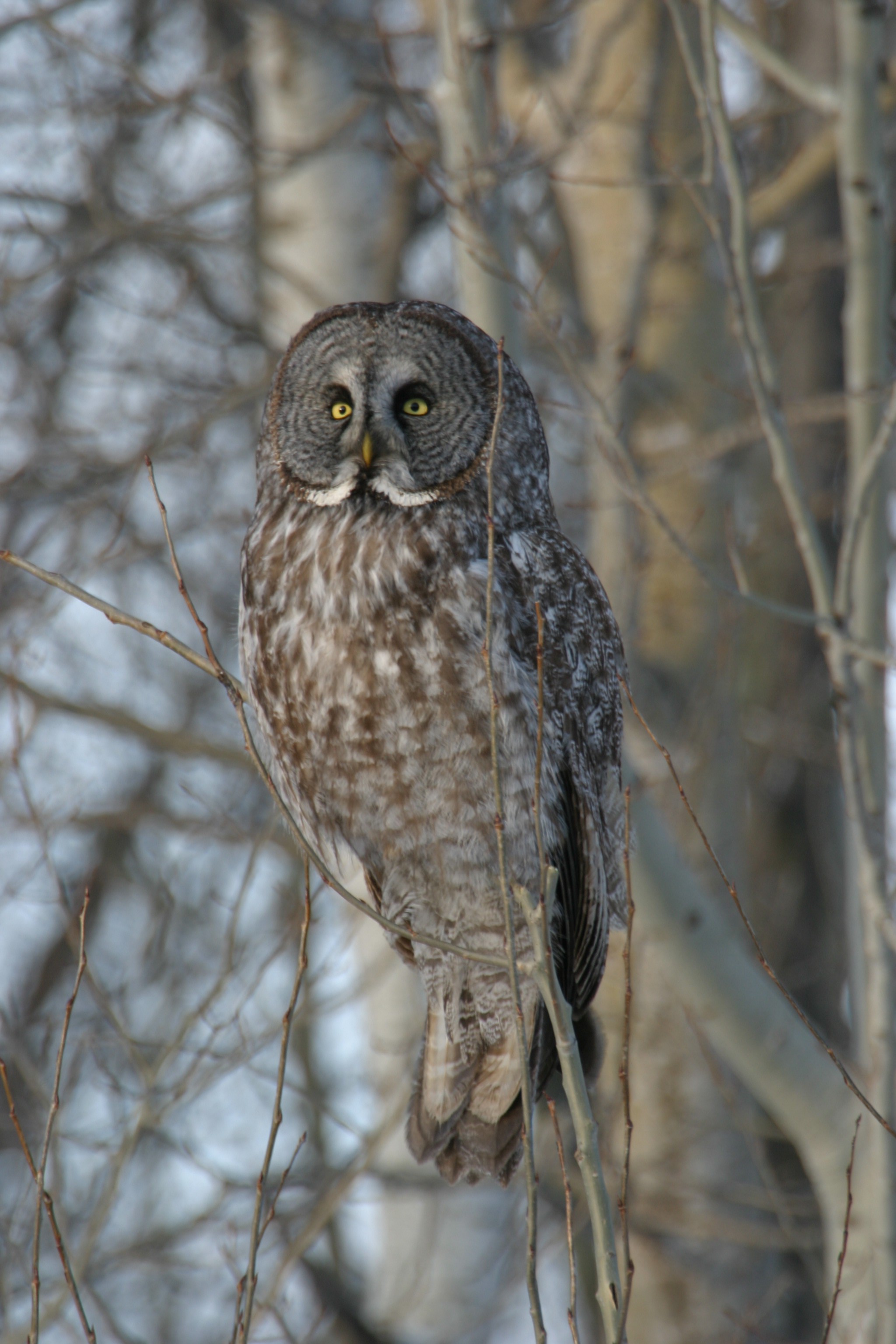 The tallest owl (approximately 22 inches tall) in North America, the great gray has yellow eyes, no ear (feather) tufts, and is all gray with white streaks. Two large concentric discs dominate its face. Only the barred owl resembles it, but the color of the eyes is diagnostic.

Found from Alaska across Canada, down the northern Rocky Mountains, and northern Minnesota. This owl is also found in northern Europe and the Soviet Union.

An owl of northern coniferous forests, often around bogs.

The great gray owl nests in abandoned hawk or raven nests, on the top of old snags, and in Europe, sometimes on the forest floor. This owl will use artificial nest structures.

Feeds primarily on small rodents, which it catches in winter by diving through the snow.

An uncommon patient, but a few are received each year. During winter of 2004/2005, an irruption of great gray owls brough 111 to TRC’s veterinary clinic. In 2018, the clinic admitted its first nestling, a healthy bird from northern MN that was out of its nest for an unknown reason.  It was returned to its nest site.

An uncommon owl restricted mostly by lack of appropriate habitat. It is not afforded any special conservation status.