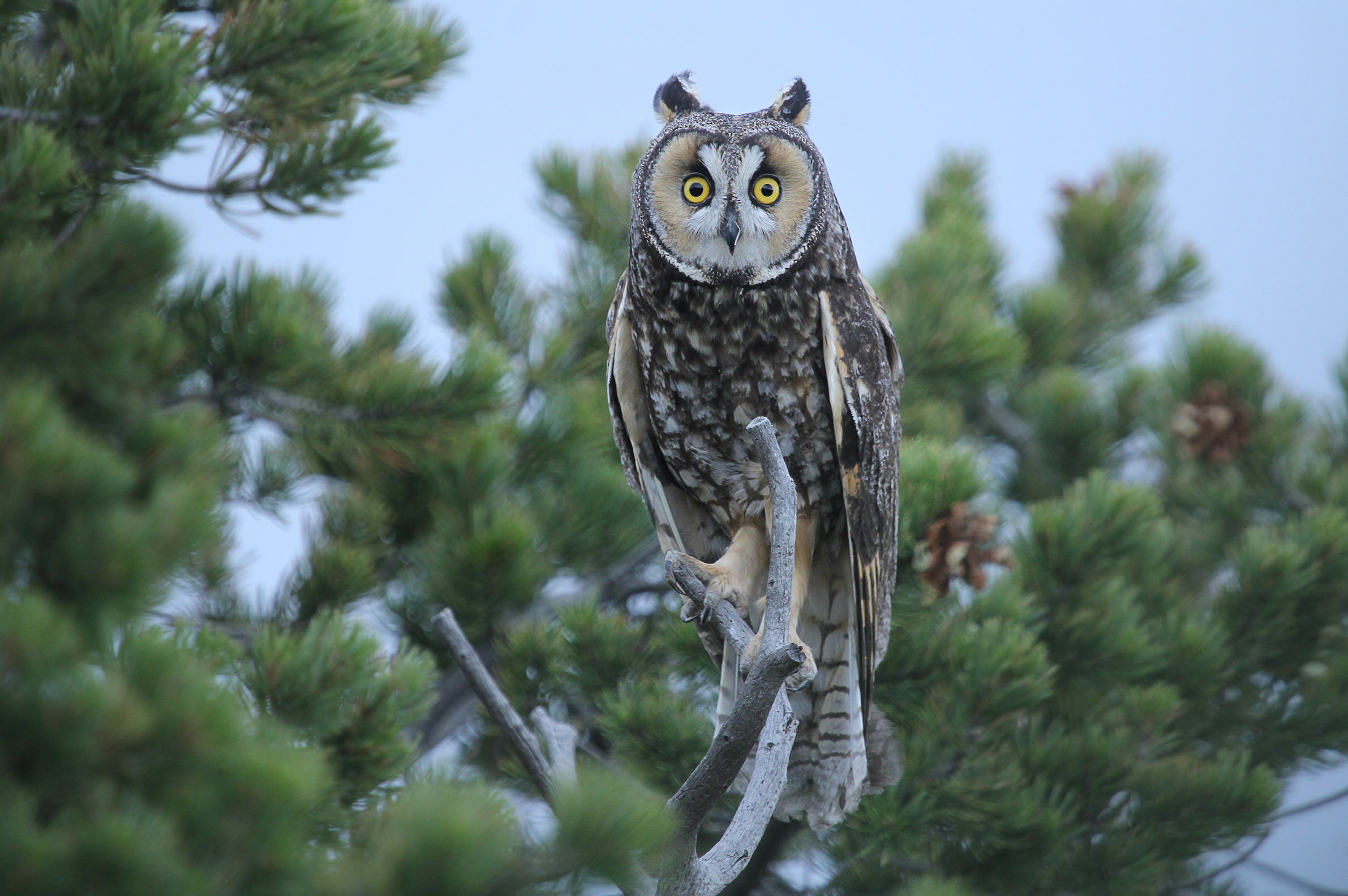 Superficially resembles a medium-sized great horned owl. The long-eared owl's ear (feather)  tufts are closer together on its head than the great horned owl's. Yellow eyes and a prominent facial disc with white along the middle of the face and vertical barring on the chest and belly identify the long-eared owl. The bird's feet are feathered and the immature birds resemble the adults.

The long-eared owl is distributed throughout the northern hemisphere, being found in North America, Europe, and across the Soviet Union as far east as Japan. In North America, they breed as far north as the Northwest Territories through southern Canada and across the United States as far south as northern California, Oklahoma, Tennessee, and Virginia. In winter, these birds can be found as far south as Mexico and Florida.

A bird of deep woods, it is usually found in dense stands of coniferous or mixed hardwood species.

Long-eared owls prefer to use an abandoned crow, raven, or hawk nest, although there are reports of them occasionally building crude nests of their own.

A very nocturnal hunter, the long-eared owl feeds primarily on voles (50 to 80 percent of the diet in some studies) and other small rodents. Other recorded prey items include small birds and insects.

Not a common patient, the clinic receives a few long-eared owls each fall.