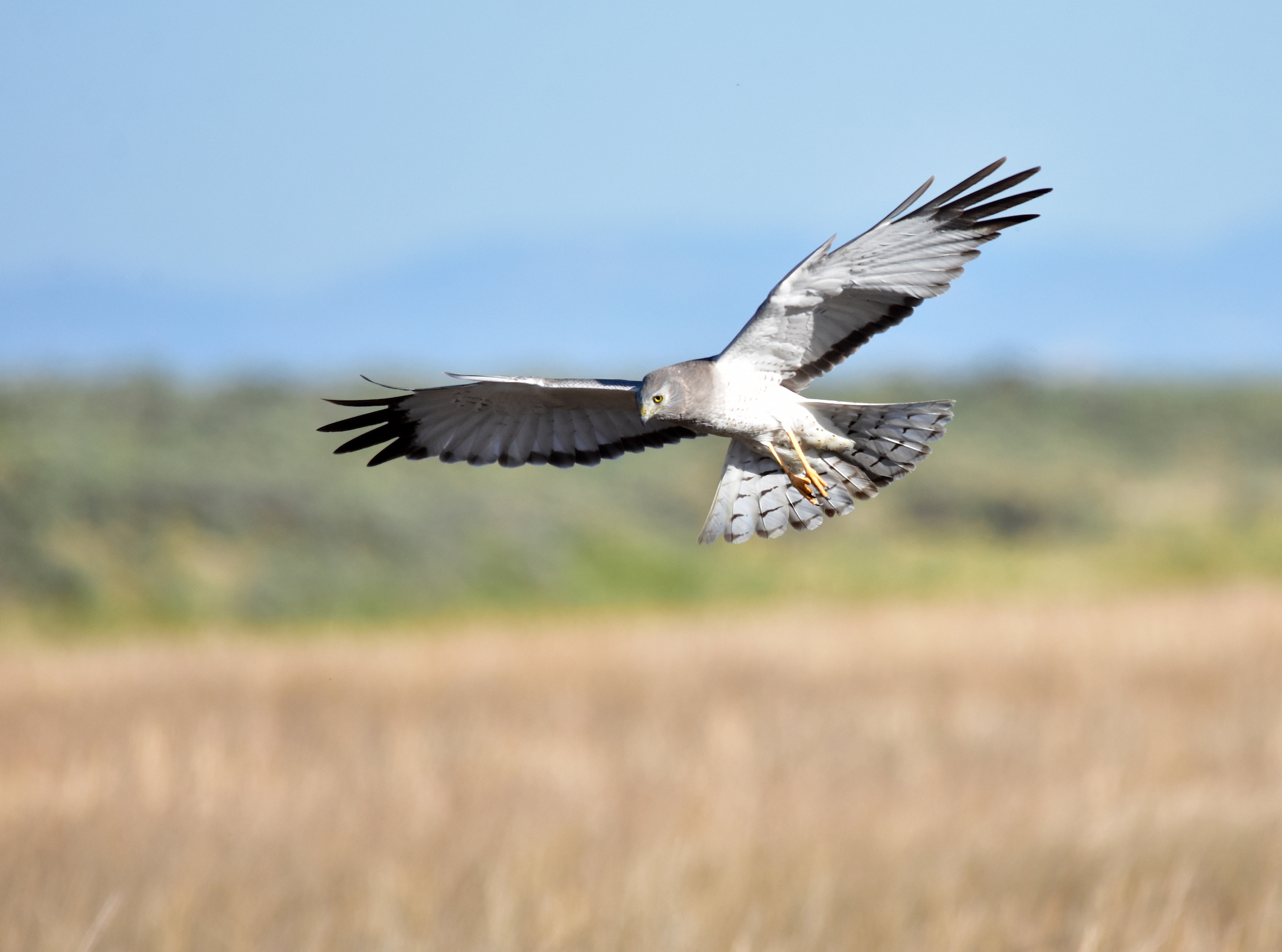 Slim hawks with long wings and tail. Long unfeathered legs and an owl-like facial disk identify the bird at close range. Males are pale gray with streaks of white while the tail is gray with brown bars. Females are dark brown with brown and white streaking in front while the brown tail is barred with dark stripes. Juveniles resemble females but have a cinnamon brown breast. The conspicuous white rump patch is an identifying characteristic for this species in the field.

The northern harrier breeds from Alaska through Canada and the northern half of the United States. Most spend their winter from the middle United States into Mexico, although harriers from southern Minnesota are occasionally reported in the winter.

The northern harrier is a grassland raptor generally found in wet meadows. It roosts on the ground.

A ground nester, harriers build their nests in tall grass or in the cover of a bush or shrub. Greatly affected by the cycle of vole populations, harriers at times of vole irruptions (population increases) can be polygamous (a male having more than one mate). They change the location of their nest site from year to year.

Capable of taking a wide variety of prey, including rodents, birds, insects, reptiles, and amphibians, harriers most commonly depend on voles for food. So dependent are harriers on vole numbers that one researcher has called them "the hawk that is ruled by a mouse."

Not a common patient, we receive only a few harriers each year.

Loss of grasslands to agriculture, industrial development and urban sprawl threatens the future of northern harrier populations. They are currently afforded no special conservation status.