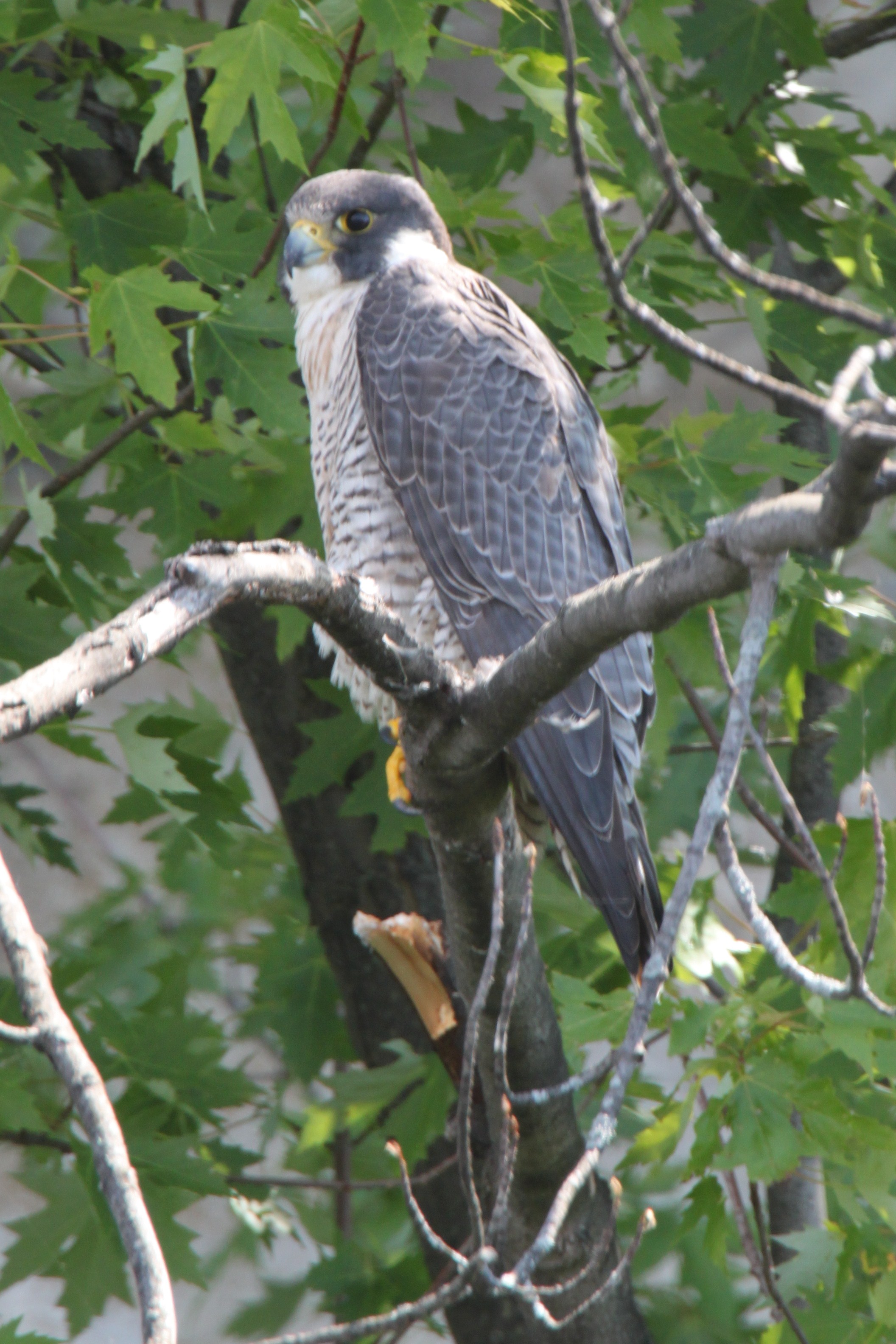 A large falcon in which the sexes look alike. The male (the tiercel) is about two-thirds the size of the female (the falcon). Adults have a dark slate-blue back and wings and a dark blue tail that is lightly barred. The top of the head is dark with a dark stripe (malar stripe) running down the side of the face. The cere, legs, and feet are bright yellow. The underside of the adult is light with vertical streaks across the breast, belly, and legs. Immatures are uniformly brown on the back, top of the head, and wings, with a light underside streaked with brown. Peregrine falcons are widely distributed resulting in many populations and sub-species (22 by one count) each with a slight variation of the above plumage.

Distributed worldwide, peregrine falcons are found on every continent except Antarctica. They can be found breeding in the arctic tundra, through Europe, and North America, and south into Africa, South America, the Pacific Islands and Australia.

Peregrine falcons are birds of open spaces usually associated with high cliffs and bluffs overlooking rivers and coasts. Recently, many cities with tall buildings have become home to pairs of peregrines. Many populations are migratory (their name means "wandering falcon") and will travel great distances.

Their nest is a scrape made on the bare rock of a cliff, where two to four eggs are laid. There are also a few records of tree-nesting peregrine falcons in the eastern United States. Many cities in North America have had peregrines nesting on the ledges of tall buildings or under bridges where human-made nest boxes have been placed.

The most spectacular of hunters, peregrine falcons feed almost exclusively on birds they take in the air. High-speed dives enable peregrines to catch everything from songbirds to herons and ducks.

An average of 15-20 peregrine falcons, mostly juveniles, are admitted to the clinic each year.  In In the 1980s and 1990s, TRC was involved in reintroductions of this species, which have recently resulted in breeding pairs in the Twin Cities as well as many other Midwestern states.

Peregrine falcons were taken off the endangered species list in August 1999. 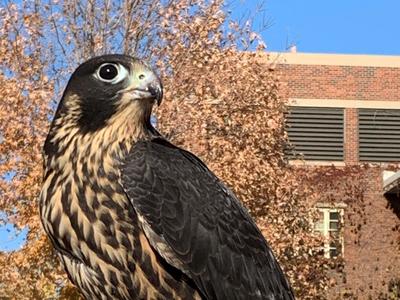