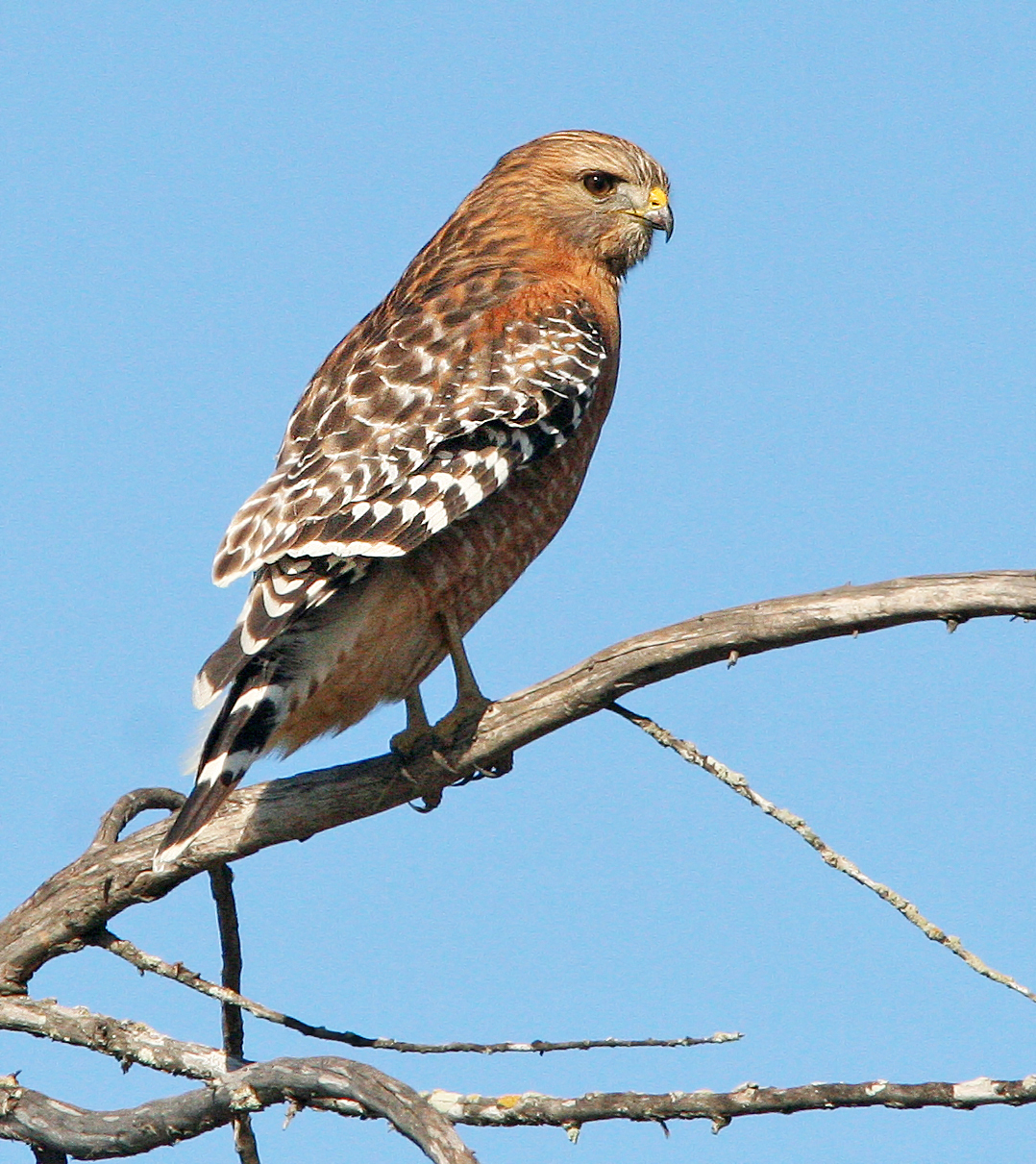 Slightly smaller than the red-tailed hawk, red-shouldered hawks are dark above with rufous streaking. Reddish patches on the wrist and upper back give the appearance of red shoulders. The underside is light with rufous barring on breast and belly. The tail is dark brown with four or five white bands and a white tip. The immature bird has less coloration at the shoulders and a tail that is indistinctly barred.

Found in the eastern half of North America, generally south of the Great Lakes, and east of central Minnesota. They are found as far south as Florida and northeastern Mexico. A separate population is found along the humid Pacific coast.

Red-shouldered hawks are usually found along river valleys and moist lowland woods. They compete with red-tailed hawks for nesting sites, and this may explain some of their distribution pattern, as they may be forced into closed canopy woods that the red-tailed hawk does not use.

The nest, often lines with evergreen bough,  is made of sticks and placed in a crotch high in a tree. Red-shouldered hawks reuse the same territory and nest if available in succeeding years.

The red-shouldered hawk’s population appears to be increasing so no special conservation status is afforded.