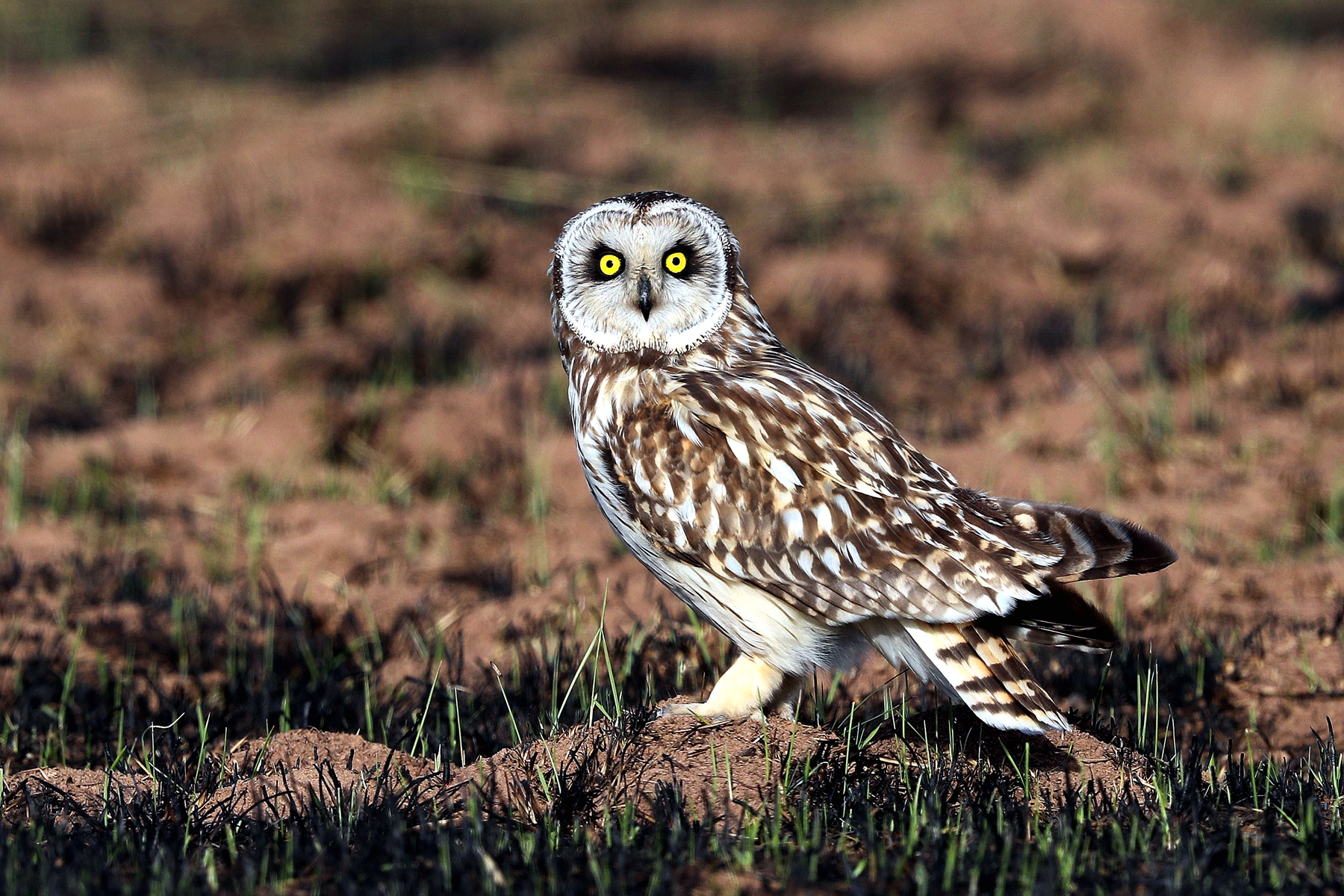 About the same size as the long-eared owl, the short-eared owl has such small ear (feather) tufts that they are rarely noticed. A very round facial disc and tawny brown coloration are its most noticeable characteristics.

Widespread throughout the northern hemisphere, the short-eared owl can be found in North America, Europe, and the Soviet Union. The bird is also found in the Caribbean and South America.

A grassland owl, the short-eared owl seems to be found most often in wet meadows and marshland habitats. In winter, they can be found communally roosting in stands of trees near appropriate hunting fields.

Short-eared owls nest on the ground in medium to tall grasslands. They do not build a nest, but lay their eggs in an area of flattened grass that is protected by a dense canopy.

The short-eared owl feeds primarily on voles and other small rodents. Small birds and insects make up a small portion of its diet.

An uncommon patient, short-eared owls are most often admitted during the fall during migration.

The short-eared owl is listed as a species of special concern in Minnesota. There has also been concern about the status of this owl in other parts of the United States. Its population seems to be declining, most likely due to loss of prairie habitat.