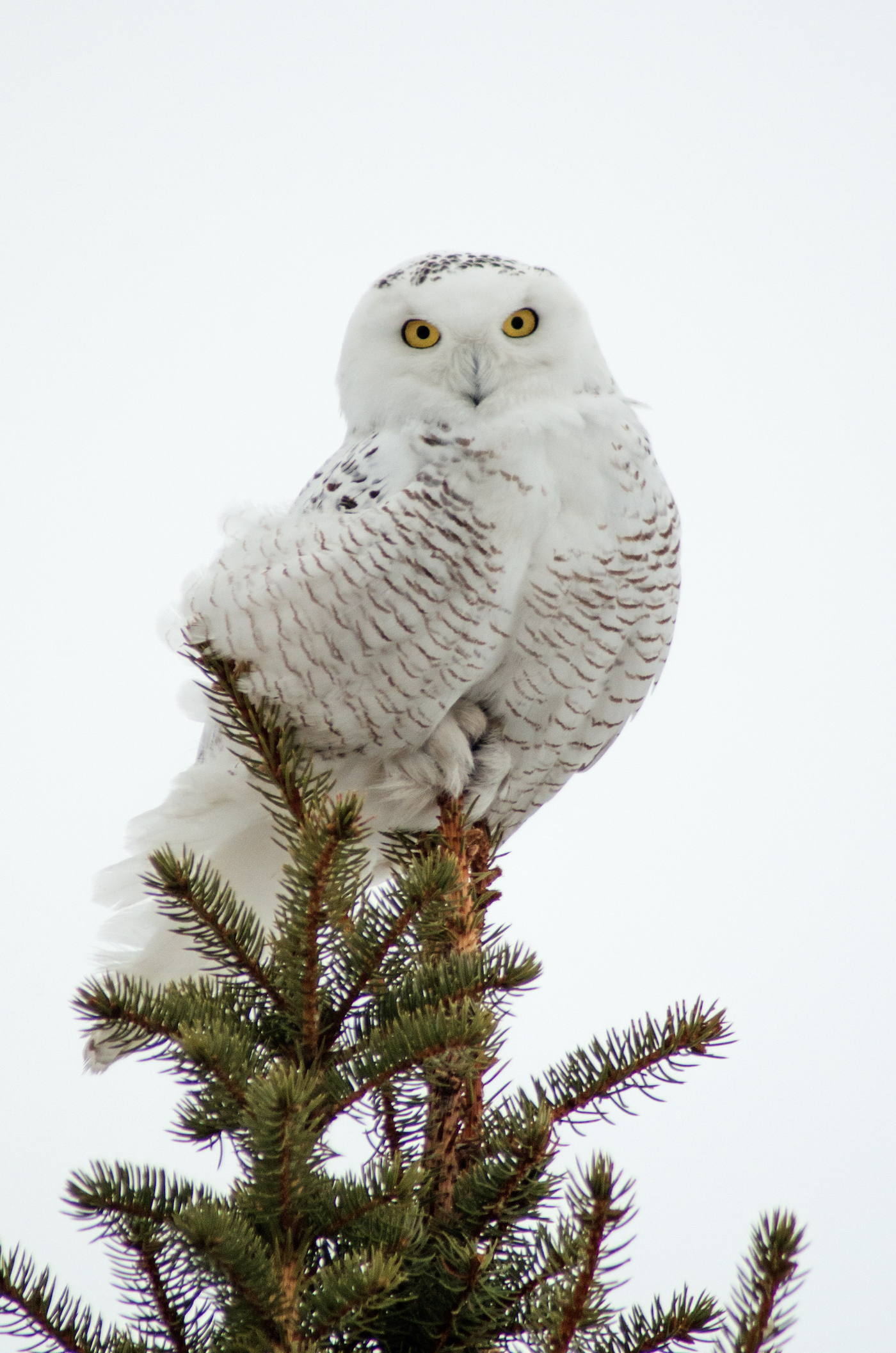 A very large, white owl, the snowy owl can be as tall as a great horned owl but weighs more than any other North American owl. Its head is very round with no ear(feather) tufts, and its yellow eyes and black beak are very prominent. Adult males become almost pure white, while the females and immature birds are speckled with black or brown.

The snowy owl’s distribution is circumpolar. In the summer, it is found only in the arctic tundra. In the winter, this owl is considered a regular visitor to the Great Plains, with isolated individuals being found as far as Indiana. There are occasional irruption years in which large numbers of owls move south out of the tundra into the United States. The cause of these movements are unclear but are thought to be tied to the lemming population (its major food source) and weather. Snowy owls are considered a regular winter visitor to Minnesota.

This owl prefers open spaces, be it tundra, grasslands, or frozen expanses of water. Its normal home is the treeless tundra, but in the winter it can be found hunting in harbors, railroad yards, airports, or even edges of urban areas.

The female lays her eggs on the ground. Dependent on the cyclic lemming for the majority of its food, snowy owls produce large clutches during years with abundant lemmings, and small clutches in lean years. The number of eggs the female lays seems to be stimulated by the amount of food the male is able to supply.

Relying primarily on small rodents such as lemmings, this large owl is also capable of taking hares, and large birds such as ptarmigan as well.

A few snowy owls are admitted to  the clinic every year, but between 20-30 can be treated during irruption years.

The snowy owl has no special conservation status.