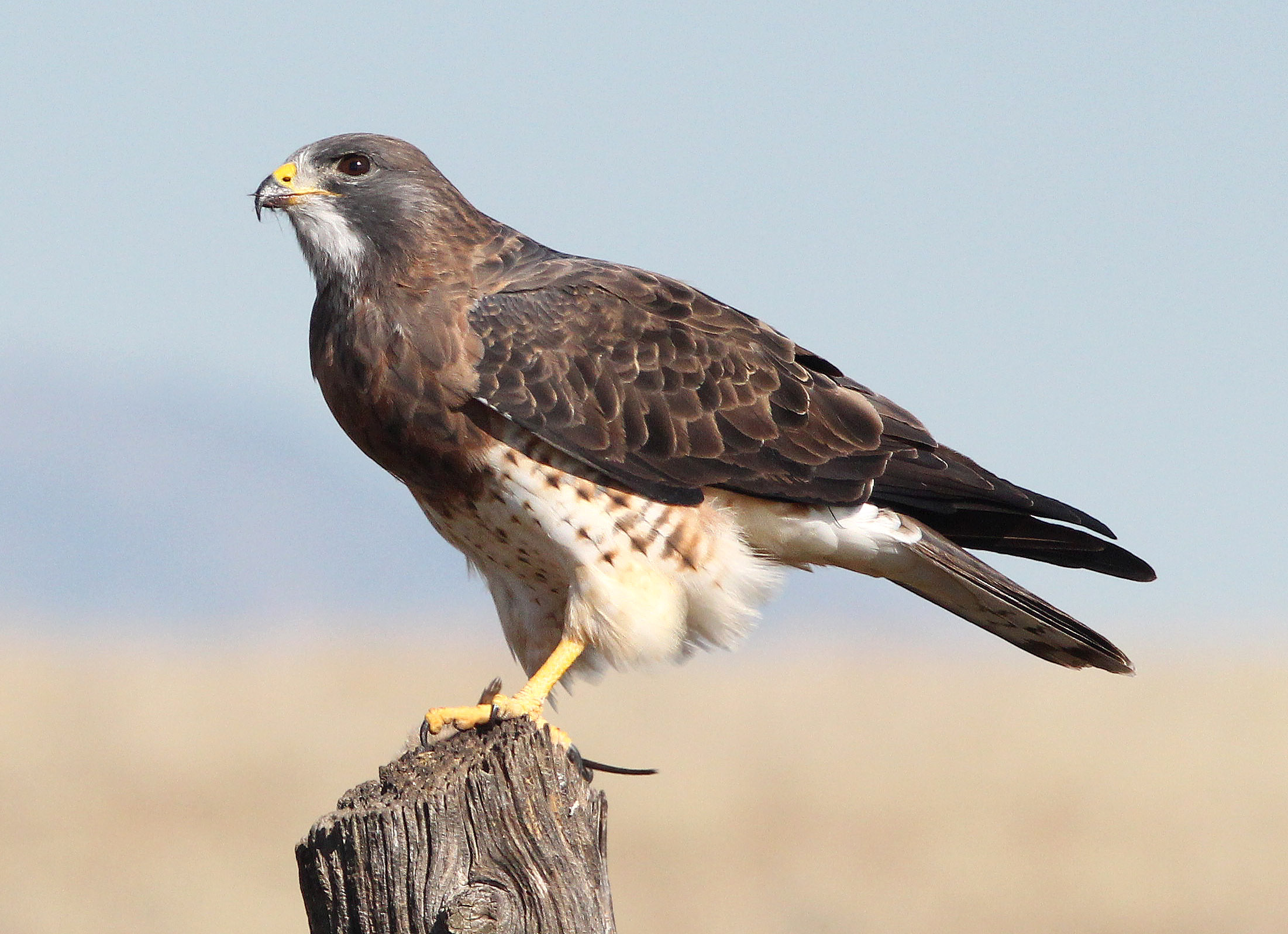 The adult Swainson’s hawk has dark brown plumage, a brown breast, pale belly, and a conspicuous white patch on its throat. When this hawk is perched, its wings are longer than its tail. Like the northern harrier, it soars with its wings held above the horizontal.

Swainson’s hawks nest across the western United States and Canada. Their winter migration is a spectacular sight as they migrate overland in vast flocks (kettles) that fill the skies. From North America through Mexico and Central America to wintering grounds in Argentina, the hawk’s annual migration ranges from 11,000 to 17,000 miles.

Swainson’s hawks are gentle monogamous birds; they live in harmony with other birds in their nesting habitat. Research indicates that Swainson’s hawks have a high degree of mate and territorial fidelity. When they arrive at their nesting sites in March or April, they may return to their original nests. The males begin constructing nests on the ground, ledges, or in trees a week or two after arriving on their breeding grounds. The nest consists of twigs and grasses and can take up to two weeks to build. The female will lay and incubate two to four eggs for approximately 28 days. The male helps with incubation when the female leaves the nest to feed. The young hatch sometime between March and July and remain in the nest for 30 days. Young hawks chase grasshoppers and crickets on the ground before learning how to catch other prey.

Swainson’s hawks eat grasshoppers, crickets, and small mammals. They hunt on the ground as well as catch prey in midair.

The population of Swainson’s Hawks is stable so no special conservation status has been afforded.