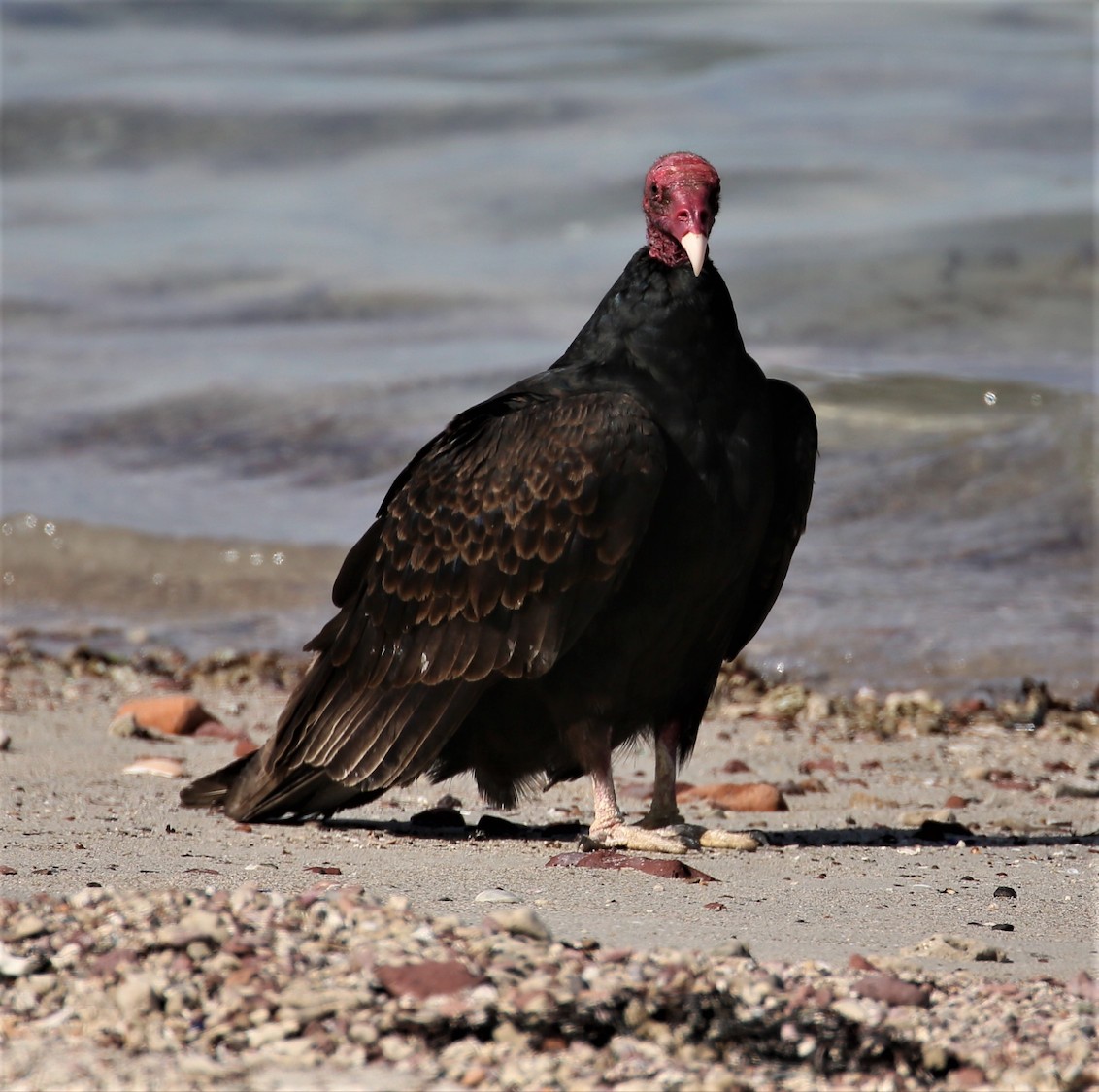 Wingspan 6 feet; length, 27 inches. Brownish/black body, the featherless head is black in immature birds, red in adults. Wings are held in a V when soaring unlike eagles which hold their wings straight out. Birds rock or appear unsteady in flight.

Southern Canada through South America. In Minnesota it nests along the St. Croix, Mississippi and associated river valleys, as well as in the north central part of the state. It migrates to the southern United States in the winter.

Usually on the ground under cover, sometimes in caves or abandoned sheds/structures.  Lays two eggs.

Turkey vultures feed on carrion, which they locate by smell or possibly vision. They are often seen feeding in groups on large items but will eat almost anything.

Turkey vultures are primarily admitted during the fall migration.

Considered common in its range, this bird is afforded no special conservation status.