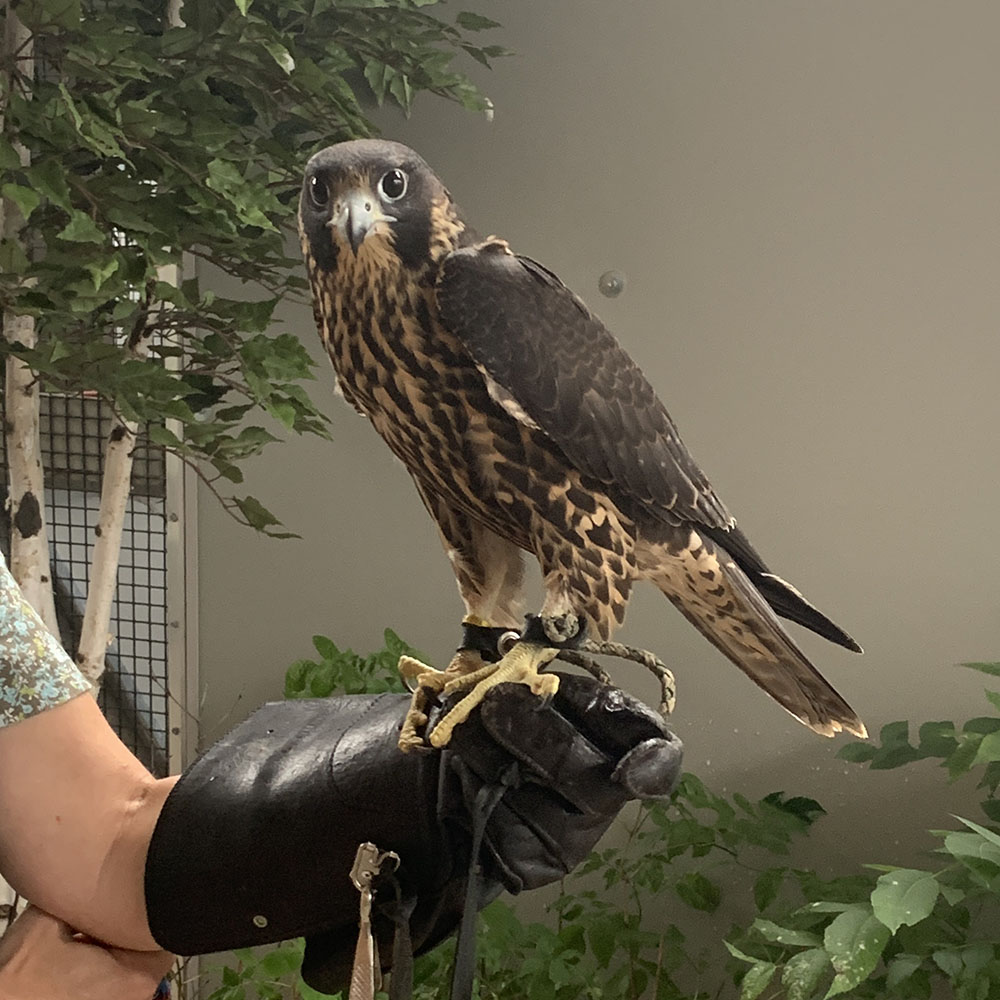 Palisade was acquired through the generous support of a loyal TRC donor and purchased from Andy Weaver, a falconer who teaches biology at Stillwater Area High School in Stillwater, Minn. This particular peregrine falcon was bred in captivity by Weaver, who breeds falcons in special breeding chambers and involves his students in observations of the breeding birds and their chicks. Falconers like this have been instrumental in the recovery effort after large numbers of peregrine falcons disappeared due to the chemical pesticide DDT.

Peregrine falcons are found on every continent except Antarctica, and most populations migrate. Some individuals travel more than 15,000 miles in a year between nesting grounds on the tundra and wintering Diet habitat in South America.