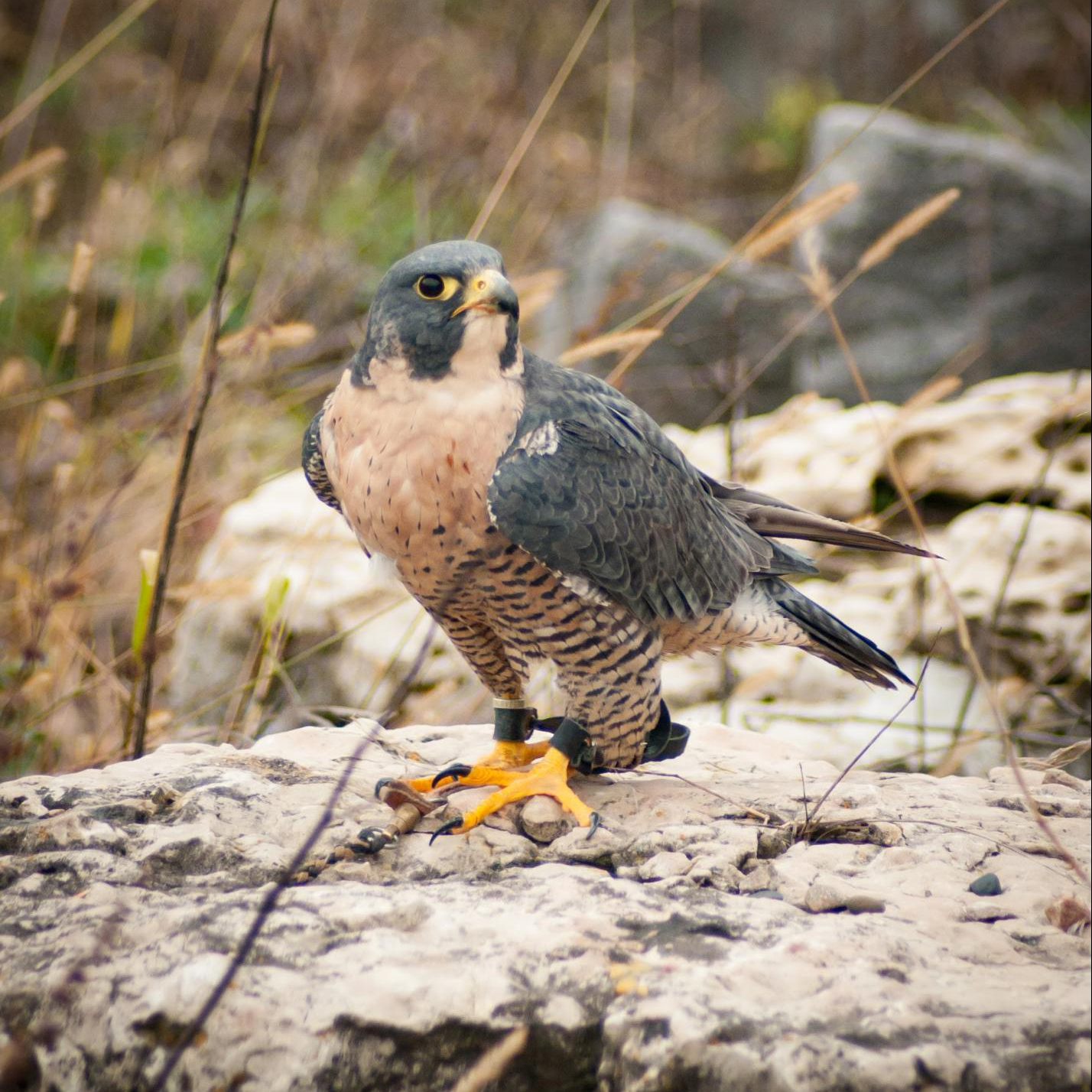 In February, The Raptor Center (TRC) said goodbye to Artemis the peregrine falcon, one of its beloved educational ambassadors. Artemis, or Artie as many called her, was a mainstay in the center and called it home since 2004.

Unfortunately, an age-related heart condition caught up with her and staff made the humane decision to provide euthanasia when they could no longer keep Artie comfortable. Saying goodbye was hard, but her life is celebrated. She was an incredible bird with a giant impact on both the community and also our understanding of raptors.

Artemis was an incredibly calm and confident bird, comfortable with just about everyone. Because of her demeanor, she was the first bird many staff and volunteers learned to handle on the glove. She often joined in on workshops training other educators from across the country. Additionally, working with Artemis contributed to a greater understanding of caring for raptors in captivity, advancing what staff know to be true about animal welfare.

Over her 17 years as an education bird at The Raptor Center, she took part in an estimated 5,000 programs for the public. From schools and libraries, to the State Fair and local news, Artie spread awareness of her species and the importance of conservation to people near and far. For many years, she was the go-to bird for events and programs. Even in her retirement years, when she required a quieter pace of life, Artie remained on display and took part in the occasional virtual program.

Anyone who has visited TRC or seen one of its programs has likely met Artemis, and so many have fond memories of her. While The Raptor Center and its community mourn her loss, those who knew her are extremely grateful for her immeasurable impact and thankful for all they learned from her. She will be missed, but her legacy will live on in the work of the center.