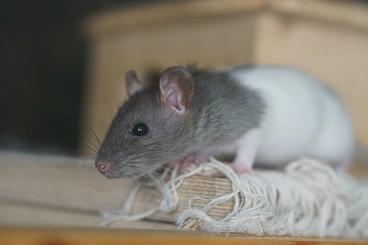 Anticoagulant rodenticides (ARs) are a type of poison that is commonly used for rodent control by homeowners, pest control companies, and the agricultural industry. These products affect blood clotting. If a sufficient amount of AR is ingested, the animal will die from excessive bleeding. Unfortunately, ARs aren’t specific to rodents, and they can result in bleeding and/or death in any animal that ingests the product. In the case of raptors and other predators, this becomes problematic because the animal’s blood clotting ability will be affected if they consume a rodent that has ingested an AR.

AR poisoning can be difficult to diagnose if the bird is not overtly bleeding, because there are no reliable blood tests to evaluate clotting in birds. Birds have different clotting factors than mammals, so we can’t use the same tests we would use in cats and dogs. An early diagnosis is critical when treating these animals to ensure they receive the appropriate care.

At The Raptor Center we are evaluating a specialized blood clotting test for the use in raptors. We have developed clotting reference ranges in bald eagles, red-tailed hawks, and great horned owls. This will allow us to better understand if a raptor is suffering from anticoagulant rodenticide poisoning and act more swiftly to treat them.

Removing potential sources of food, water, and shelter from your home will discourage rodents from moving in, which prevents the need for addressing rodent control with products like anticoagulant rodenticides. For recommendations on steps you can take to accomplish this, please reference the EPA and CDC websites linked below in the resources section.

If you do have a rodent control problem, it will need to be addressed to minimize the risk of disease for humans and pets. The only way to ensure that non-target wildlife doesn’t get exposed to anticoagulant rodenticides is to not use these products. Other options for rodent control include live traps or lethal traps. If you do elect to use tamper-proof bait stations containing rodenticides, there are a few steps you can take to decrease wildlife risk. Make sure the bait stations are not placed somewhere that wildlife, children, or pets might have access to them. Even tamper-proof bait stations can be chewed through by certain wildlife species. Promptly remove the carcasses of dead rodents and dispose of them properly to make sure other wildlife won’t ingest them. Unfortunately, these products take several days to take effect, and you probably won’t find the rodent when it passes away if it is no longer in your home. These methods can decrease the risk to non-target wildlife, but they won’t mitigate the risk completely.