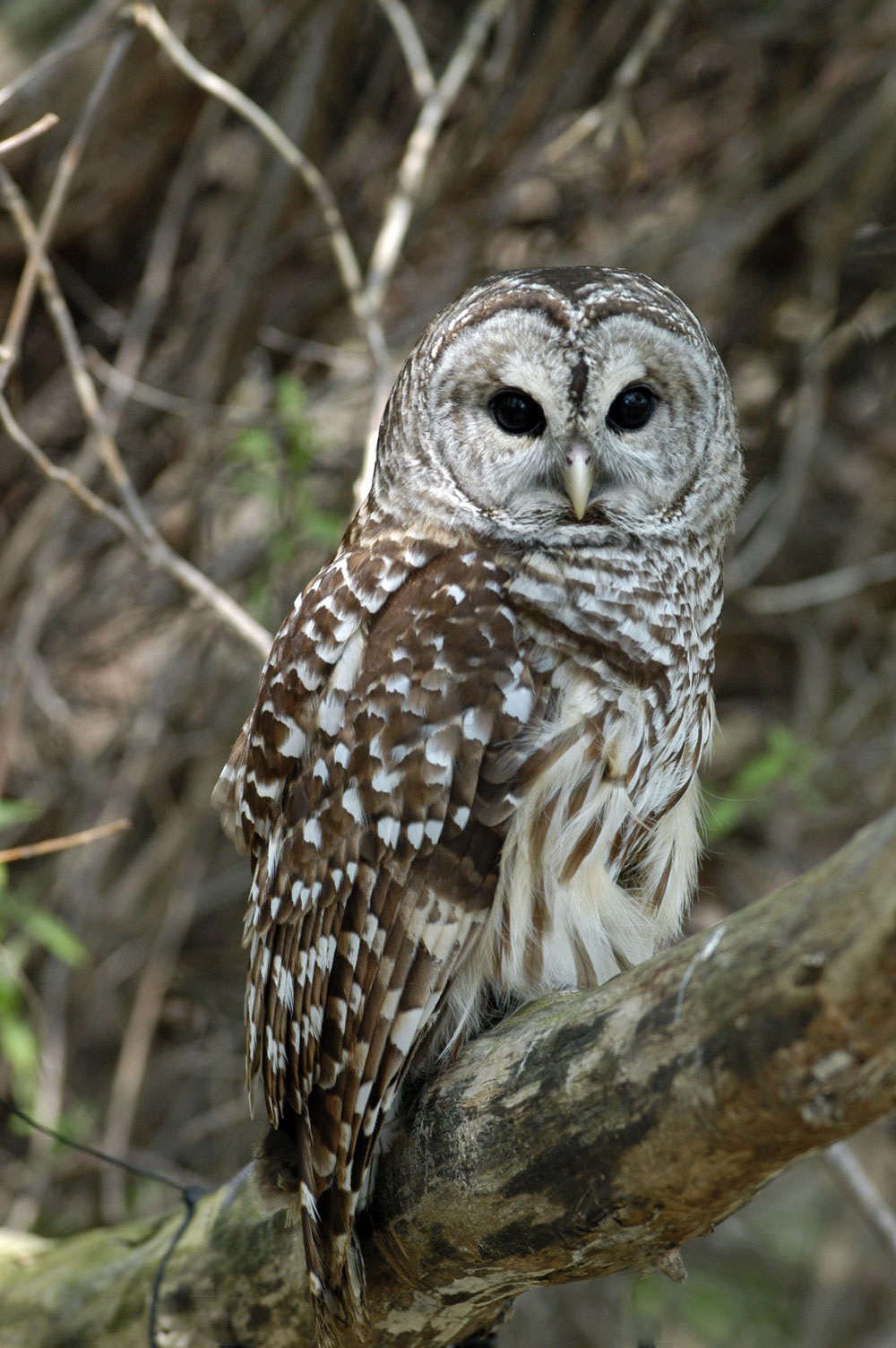 An all-gray owl (although some individuals have a brown wash) streaked with white horizontal barring on the chest and vertical barring on the belly. It has a yellow beak and no ‘ear” (feather) tufts on its head. It is the only owl species in Minnesota with brown eyes.

Found in southern Canada and in the United States primarily east of the Rocky Mountains.  Its range has expanded westward to include parts of Washington, Oregon, Idaho, and the western part of Montana. This is causing concern, as it may compete with the endangered spotted owl.

A cavity-nesting owl that will also nest in old crow or hawk nests or human-made structures.

Barred owls feed on a variety of prey, including rodents, squirrels, rabbits, birds, and crustaceans.

The clinic admits an average of 50 barred owls every year, many of these coming in March and April during the breeding season.  Common circumstances of admission include collisions with vehicles and windows and entrapment in chimneys.

A very common species with no special status.