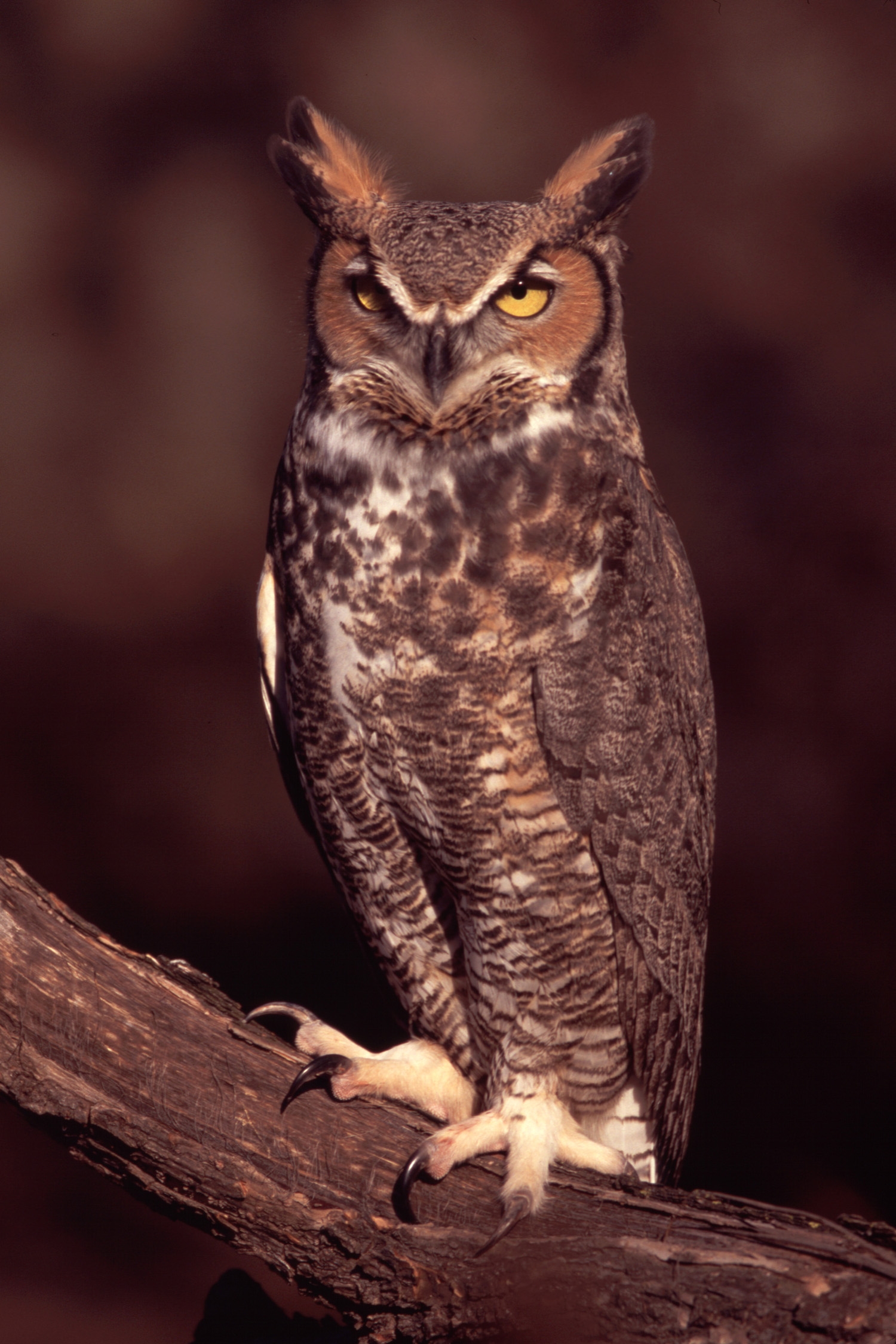 The largest of the "tufted" owls in North America, the great horned owl's face is dominated by the large tufts or "horns," yellow eyes, and white throat patch. Barred on the underside, these owls can vary in color from reddish-brown to gray to black and white. The large feet are feathered to the ends of the toes. Immature birds resemble the adults.

Great horned owls can be found breeding from northern Alaska to the tip of Tierra del Fuego. Canadian birds seem to be somewhat migratory, responding to the population cycles of their prey, and move into the northern United States in winter. Similar species, such as the eagle owl, occur almost worldwide.

A very adaptable bird, the great horned owl is found in a variety of habitats. In Minnesota, they are usually found breeding in stands of trees or in woodlots bordering open fields in agricultural areas. They can be found in cities as well, utilizing parks, residential areas, and industrial developments.

Across its range, this owl can be found nesting in a variety of situations, including tree and cactus cavities, nest boxes, cliff ledges, and old crow, squirrel or hawk nests. In Minnesota, courtship and territory formation begins in December and early January, and eggs are  laid during the thick of winter, at the end of January through February. Juveniles are dependent on the adults through the summer, and sometimes do not leave their parents' territory until forced to do so in late fall.

Considered by many to be the most voracious of all raptors, the great horned owl feeds on an extremely wide variety of prey. These include waterfowl, rabbits, squirrels, marsh birds, and rodents.

The Raptor Center treats around 125 Great horned owls every year; they can be found in the clinic year-round.

Considered to be a benefactor from the habitat changes wrought by European settlers, this bird is very common across its range today.