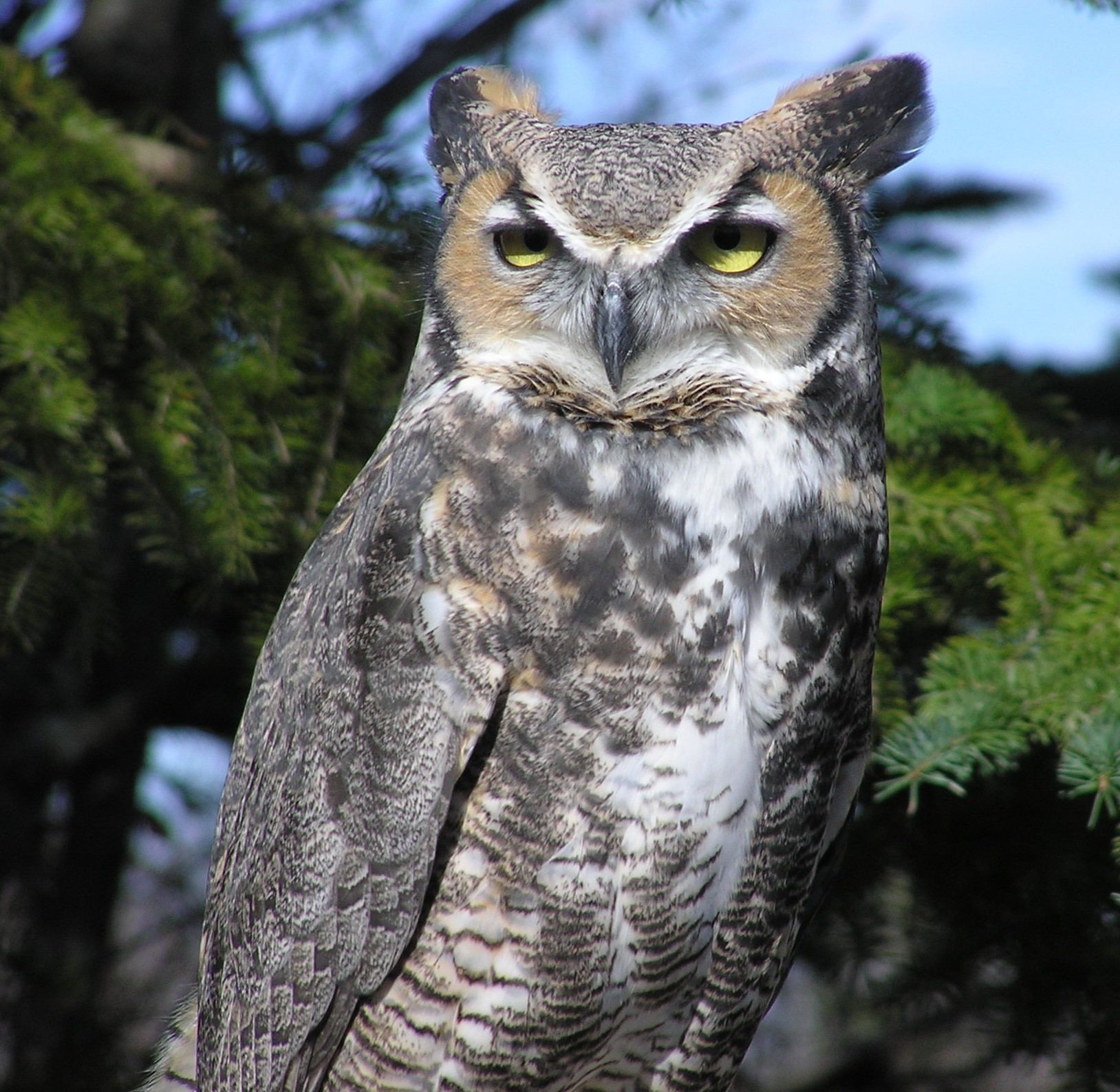 Bubo’s disability is due to imprinting by humans. In April 2000, a couple in Edgerton, Minnesota discovered a young owlet in a great horned owl’s nest that had blown down during a recent windstorm. The couple took the bird home and fed him for two weeks.

On May 8, the young owl was admitted into The Raptor Center. The owl had no physical abnormalities other than being slightly thin—relatively common for fledglings—but during the prior two weeks he had seen humans take care of him during a crucial time in his development, and it soon became apparent that he had been imprinted by humans.

Now un-releasable due to this psychological disability, he was placed in the education department to become an ambassador for great-horned owls in the wild.

The name “Bubo” is a reference to the genus of this species, Bubo virginianus.