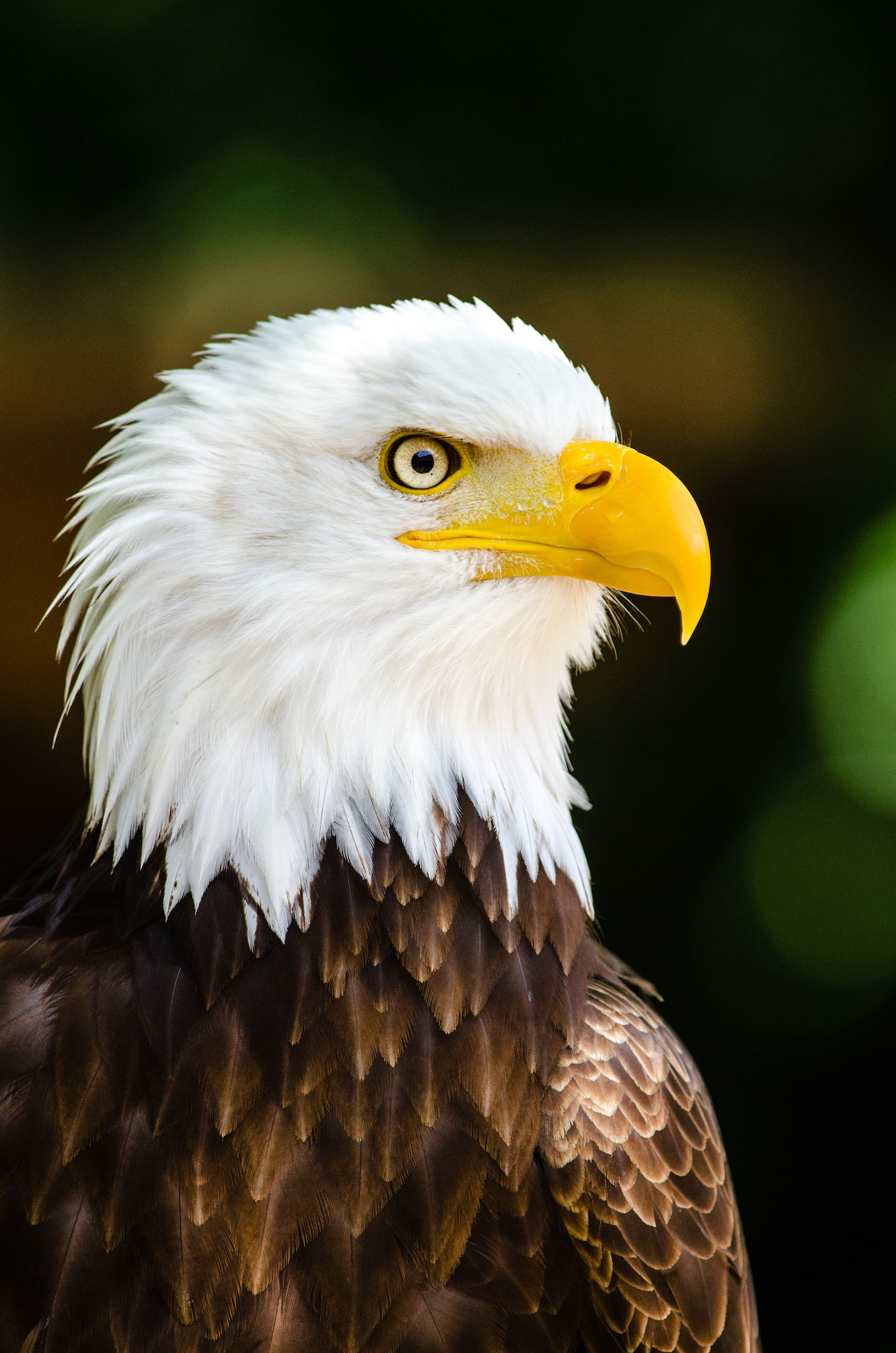 Wingspan 6.5-8 feet; length 31-37 inches. Adults have a dark brown body with a white head and tail, yellow eyes and beak. Immature eagles are all dark with some white mottled in the wings and tail. Their eyes and beak are dark. They attain adult plumage and yellow eye/beak color by the time they are around 5 years old.

Bald eagles can be found throughout the United States and Canada with larger breeding populations in Alaska, Canada, the northern Great Lakes states, Florida, and the Pacific Northwest. In Minnesota, bald eagles have adapted well to suburban environments, nesting at popular lakes; they also nest at more traditional sites along northern lakes and the St. Croix and Mississippi Rivers. Bald eagles move south for the winter to areas with open water areas that attract large numbers of waterfowl or fish. In Minnesota, this includes the Minnesota and Mississippi Rivers and lakes in the southeastern part of the state.

Bald eagles nest on the edges of rivers, lakes, or seashores. In winter and during migration, they can be found where there is open water offering sufficient food and evening roost sites.

Bald eagles build large stick nests (sometimes weighing over a ton) that are usually about six feet in diameter and more than six feet tall. Nests are built near the top of the largest trees near a river or lake. The birds start nesting in Minnesota in March when the female lays from one to three eggs. The male and female share incubation duties. The young hatch after 35 days and grow very quickly being ready to leave the nest at between 10 and 12 weeks of age.

Bald eagles commonly feed on fish during late spring and summer, during their nesting season, when there is open water.  In addition they will hunt waterfowl and small mammals, such as rabbits and squirrels. They will eat food caught on their own, found dead, or stolen from other birds such as ospreys. In northern habitats their diet shifts in late fall and winter to largely scavenging on deer carcasses and gut piles (left by hunters during the fall hunting season) as fish are largely unavailable under frozen lakes and rivers, and waterfowl have migrated to warmer climates.

Bald eagles are now one of TRC’s most common patients with between 150 and 190 admitted every year. The clinic often receives bald eagles that collide with vehicles, are shot, suffer with lead toxicity from ingesting deer carcasses and gut piles, or have injuries from undetermined causes.

The bald eagle was removed from the endangered species list on July 9, 2007. 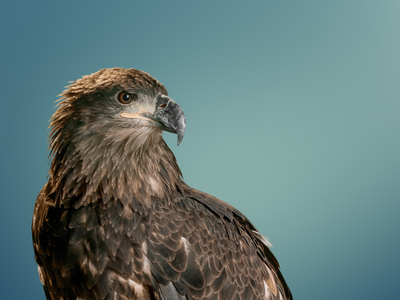