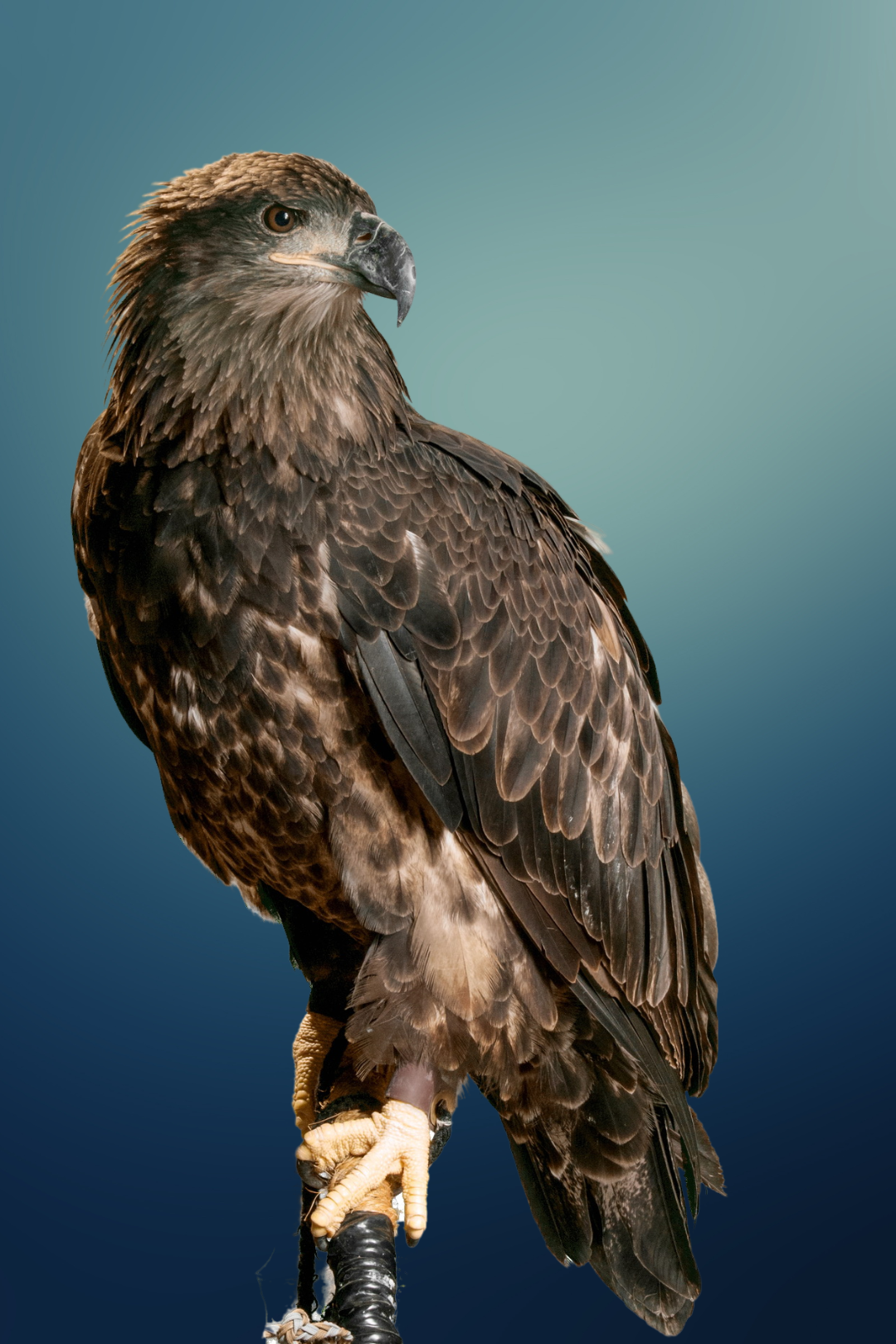 In the summer of 2020, a young bald eagle was found approaching people and trying to engage with them on Minnesota's North Shore. These interactions were understandably scary for those unfamiliar with bald eagle behavior, and the media covered it as an eagle "attack." Police were called to the scene, and the eagle ended up riding on top of the police vehicle for over a mile!

This dramatic story concluded with the safe capture of the eagle, a first year female, which was then brought to The Raptor Center. Physically the bird was fine, albeit malnourished. Behaviorally, however, something wasn't right. She didn't interact with others of her species and continued looking to humans for food. Somehow her development was disrupted and she didn't know how to "be an eagle." We suspect that humans found her out of the nest and fed her. While well-intentioned, young eagles bond with their parents through feeding. If a chick is not hungry and calling to the parents, they won't know to come and feed it, severing that important bond and the learning process.

Now Lutsen helps us educate others about her species, and serves as an example of how human interference in the lives of wild animals can have unintended consequences.