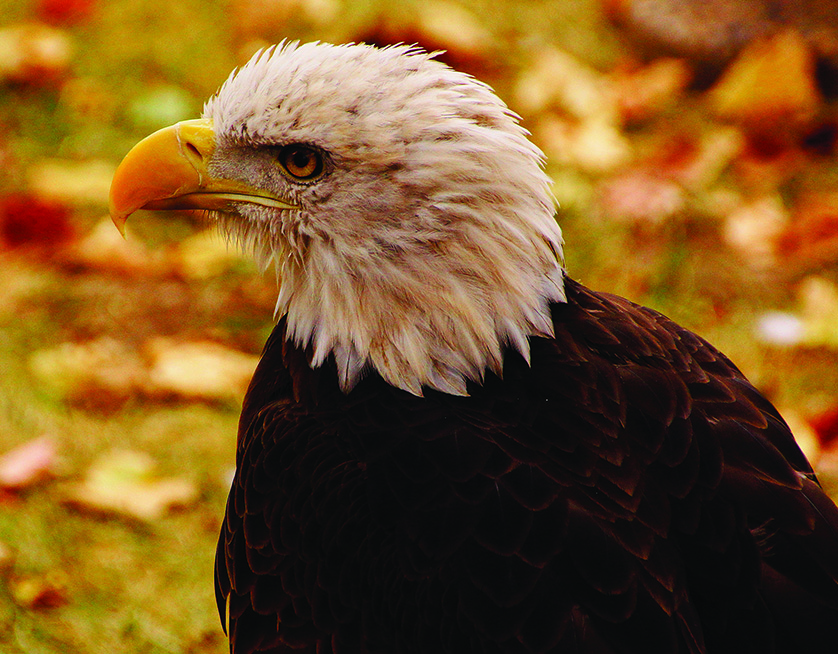 On October 12, 1996, an adult male bald eagle arrived at The Raptor Center from Muskegen Township, Michigan, via Northwest Airlines. The bird had been brought in by the Michigan Department of Natural Resources after he had been grounded due to unknown trauma. Examination by clinic staff combined with descriptions from the bird’s transporter revealed that the eagle had experienced moderate weight loss, could not fly, and was flapping his wings asymmetrically.

Radiographs (x-rays) further revealed that the bird had suffered a severe luxation, or dislocation, of the right elbow. This injury rendered the eagle permanently disabled. However, it was determined that this bird would be a good match for a life in education at The Raptor Center.

The bird was named “Gladdie” in memory of a donor’s grandmother Gladys. Gladdie was indeed a good match for education, and has touched the lives of many people with his grace and magnificence. In 2005, Gladdie was honored during the Saint Paul Winter Carnival, knighted “Sir Gladdie,” and given a commemorative medal.