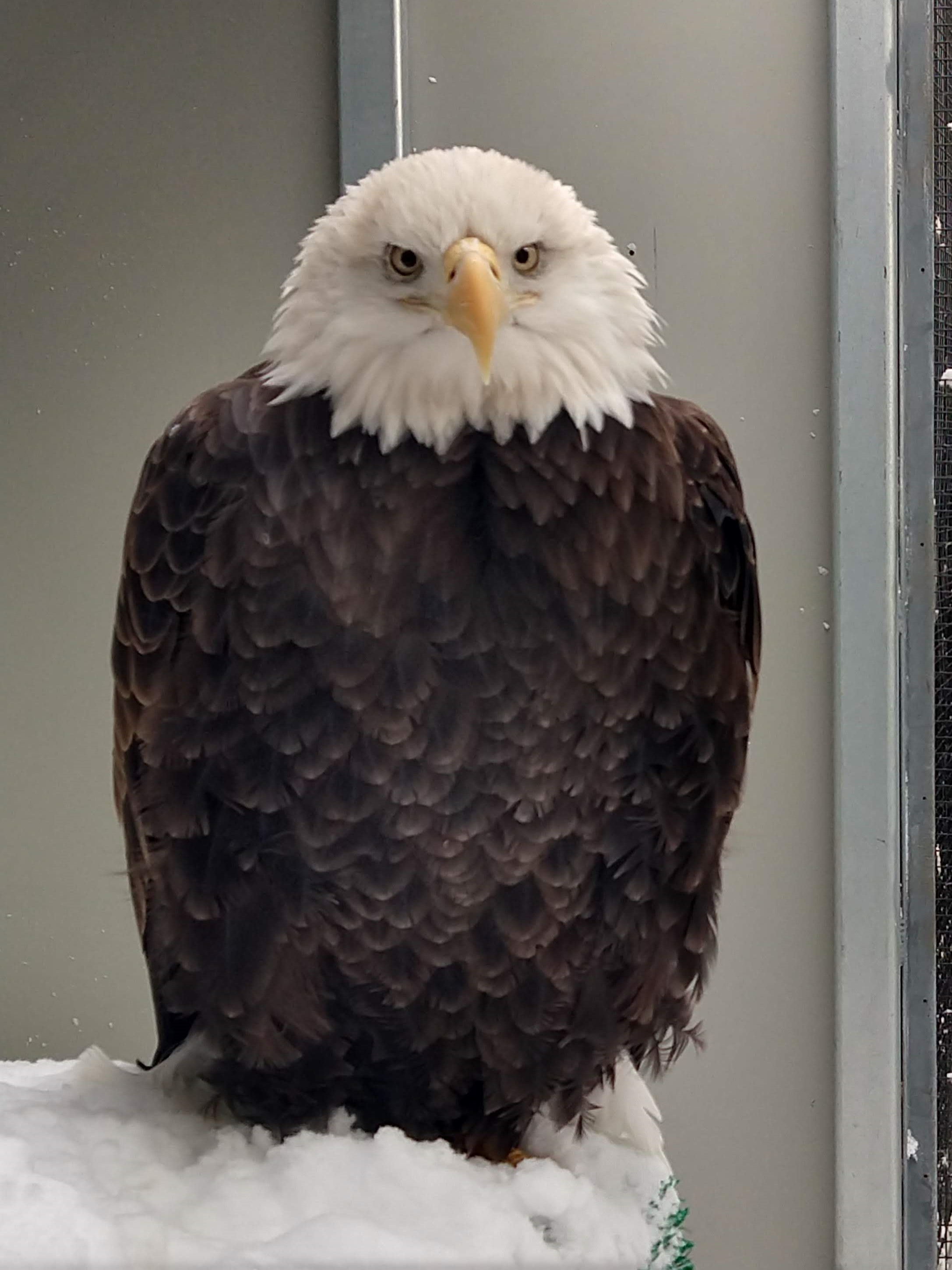 Pi was originally found as a recently fledged youngster on an overpass on the Wisconsin side of the bridge near Wabasha. There was a dead fish near him, but he was thin, dehydrated, and easy to approach. In The Raptor Center’s clinic, it was discovered that he had no physical injuries, but suffered significant weight loss after no doubt being separated from his parents.

After rehydrating him and feeding him until he reached a healthy weight, he was released into a foster eagle family in Moose Lake, Minnesota. Although he was seen perched next to the adults, over the next couple of weeks he ventured closer and closer into the human realm, visiting people’s back yards, landing on a moving golf cart, and demonstrating a lack of fear of humans. He was caught easily a second time. After a behavioral evaluation, it became apparent that he did not naturally “mingle” with other eagles, kept to himself, and was too comfortable around people.

It was decided that although Pi was not imprinted on humans, he was too acclimated to people to be released. He was named “Pi” after Pi Swanson, the owner of the property which had the nest of the foster eagle family.