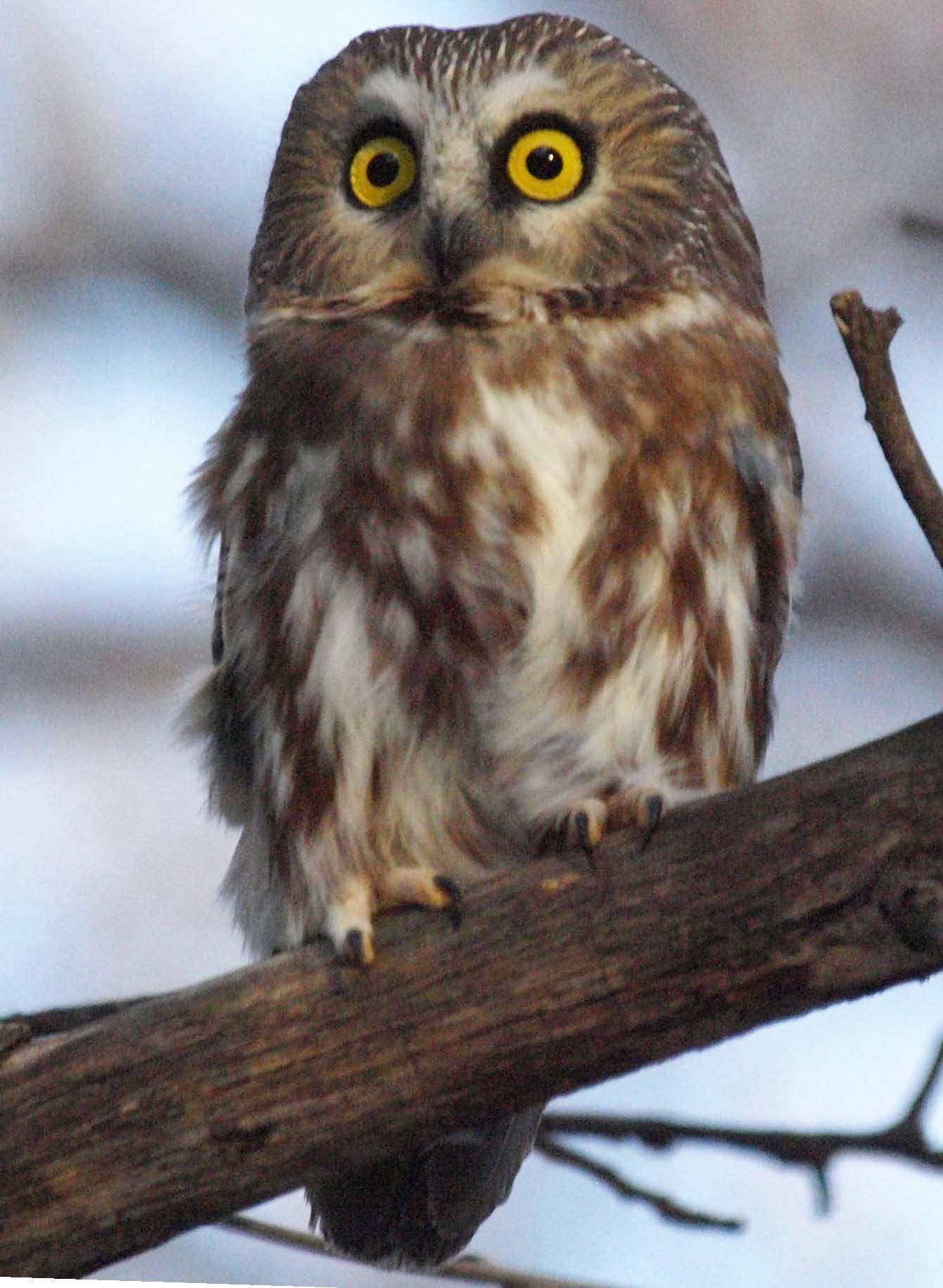 The smallest owl east of the Mississippi River, the saw-whet stands about seven inches tall. It has a brown head with no ear (feather) tufts and white streaks above its eyes. Its body is brown with white streaks on the belly. The immature saw-whet has a completely different plumage: a distinct chocolate brown with a large white spot above the bill extending over the eyes. This plumage disappears by the end of the first summer.

Found across southern Canada and most of the United States, with the exception of the southeastern states, and into Mexico. Saw-whet owls winter in their breeding range, but many have short migrations to move out of the northern most portions of their range.

An owl of dense woods, the saw-whet owl is found mostly in coniferous or mixed hardwood forests.

A cavity nester, the saw-whet owl nests near bogs or swamps. It usually lays from three to six eggs.

Saw-whet owls feed primarily on small rodents, insects, and amphibians. They have also been reported to take songbirds.

A common patient during the month of October - the fall migration.

This owl has no special status and is considered to be quite common. 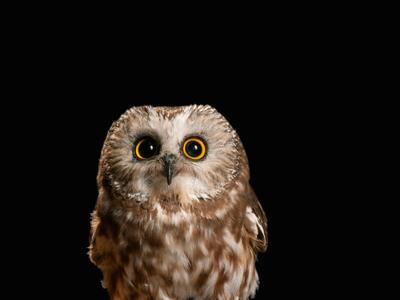