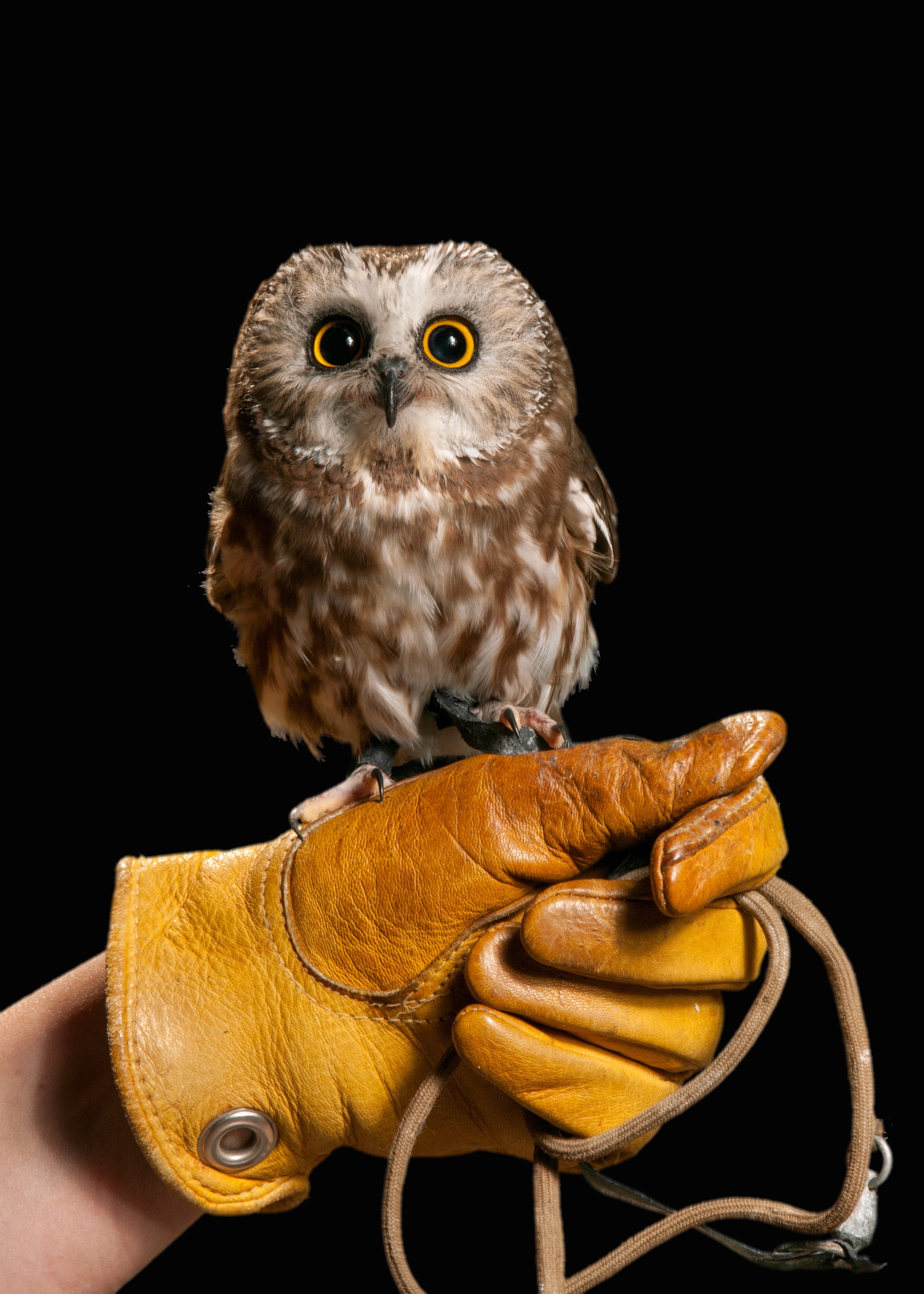 Spruce was first found along the side of a road along the north shore of Lake Superior in 2018. We don't know the cause of his original injuries but we suspect that he was hit by a car. He suffered permanent eye damage from the accident creating too many difficulties for him to thrive in the wild. The name Spruce was chosen because these small owls live in northern boreal forests where spruce trees are abundant.

Northern saw-whet owls are the smallest owl in Minnesota, and one of the smallest in North America. Despite their small size, they are still equipped with all the powerful tools of an owl - keen eyesight, a sharp beak, and strong talons. They hunt small rodents, small birds, and insects.

Prey animals like mice are often attracted to roadsides because people will throw trash out of moving vehicles. This then attracts predators like northern saw-whet owls who hunt the mice, but in the process run the risk of being hit by cars. For this reason, it's important to dispose of trash properly and not toss any garbage on the sides of roads, even if biodegradable.