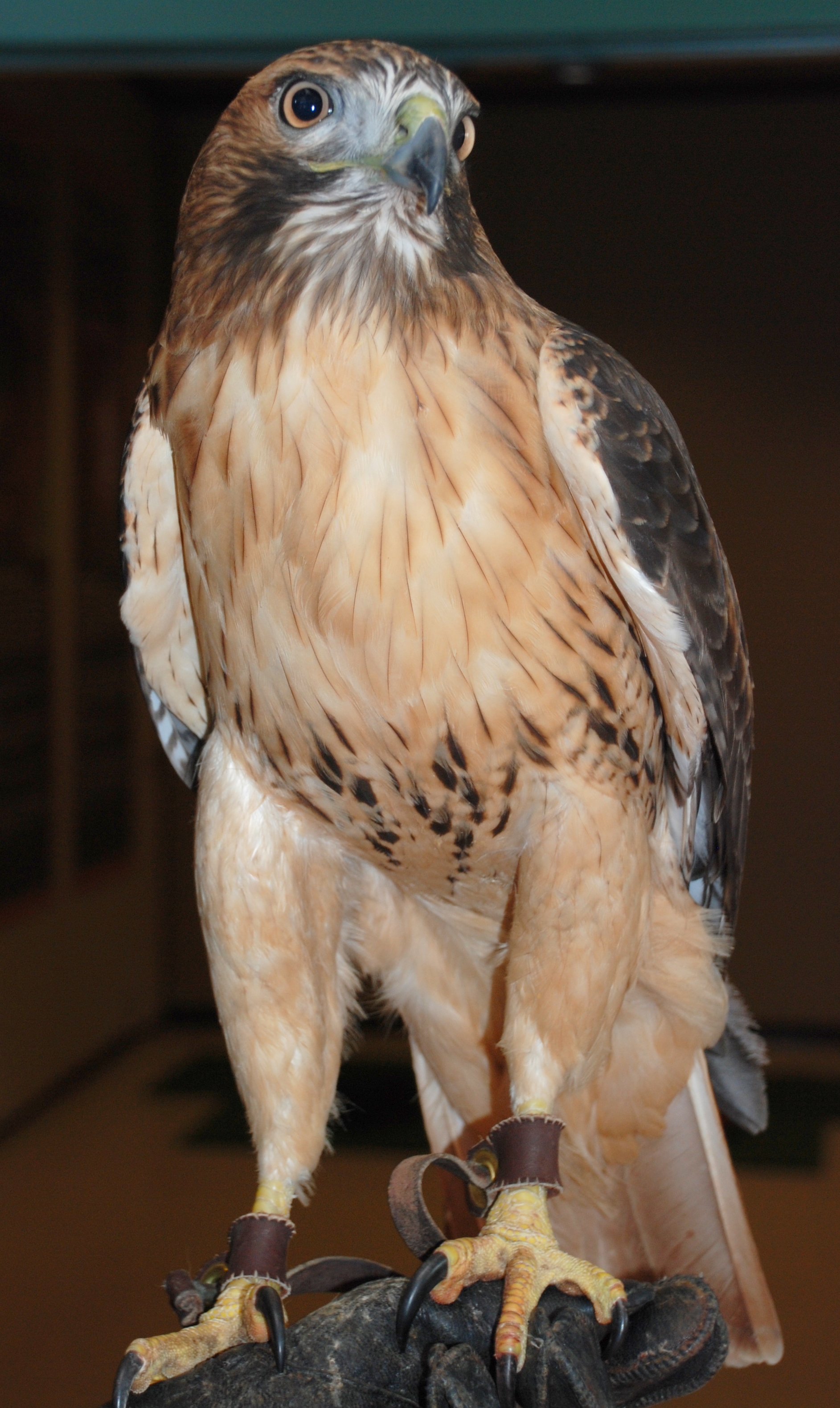 On July 5, 2007, a hatch-year red-tailed hawk was admitted into The Raptor Center with ocular (eye) lesions, emaciation, weakness, and depression. She had been found along county road 9 in Dodge County, Minnesota. The physical exam revealed that the lesions were very similar to those that present in West Nile virus cases. Subsequent exams agreed with this diagnosis.

Over the next month, the hawk’s medical ailments and starvation were treated, but when she was placed on a perch to test her flight, she did not want to fly. Rehabbers noted that she did not appear to see out of her left eye. Upon examination, the ophthalmologist confirmed she had developed scarring in her left eye due to the lesions caused by West Nile virus. This eyesight deficiency would cause her to starve in the wild, so she could not be released.

She was named “Alula,” which refers to the bone that makes up the first digit of a bird’s wing. West Nile virus attacks the nervous system. Mosquitoes spread the infection by biting an infected bird and then subsequently biting another susceptible animal. Once infected, raptors go through three stages. In stage one, the bird becomes depressed, loses weight, stops eating, and may pinch off its developing feathers. In stage two, these symptoms continue, but the bird may suffer tremors, disorientation, blindness, clumsiness, and leg weakness. Stage three birds exhibit more severe tremors and seizures.

The Raptor Center is working toward a raptor-specific vaccine to prevent this life-threatening illness. Learn more about our West Nile virus research.