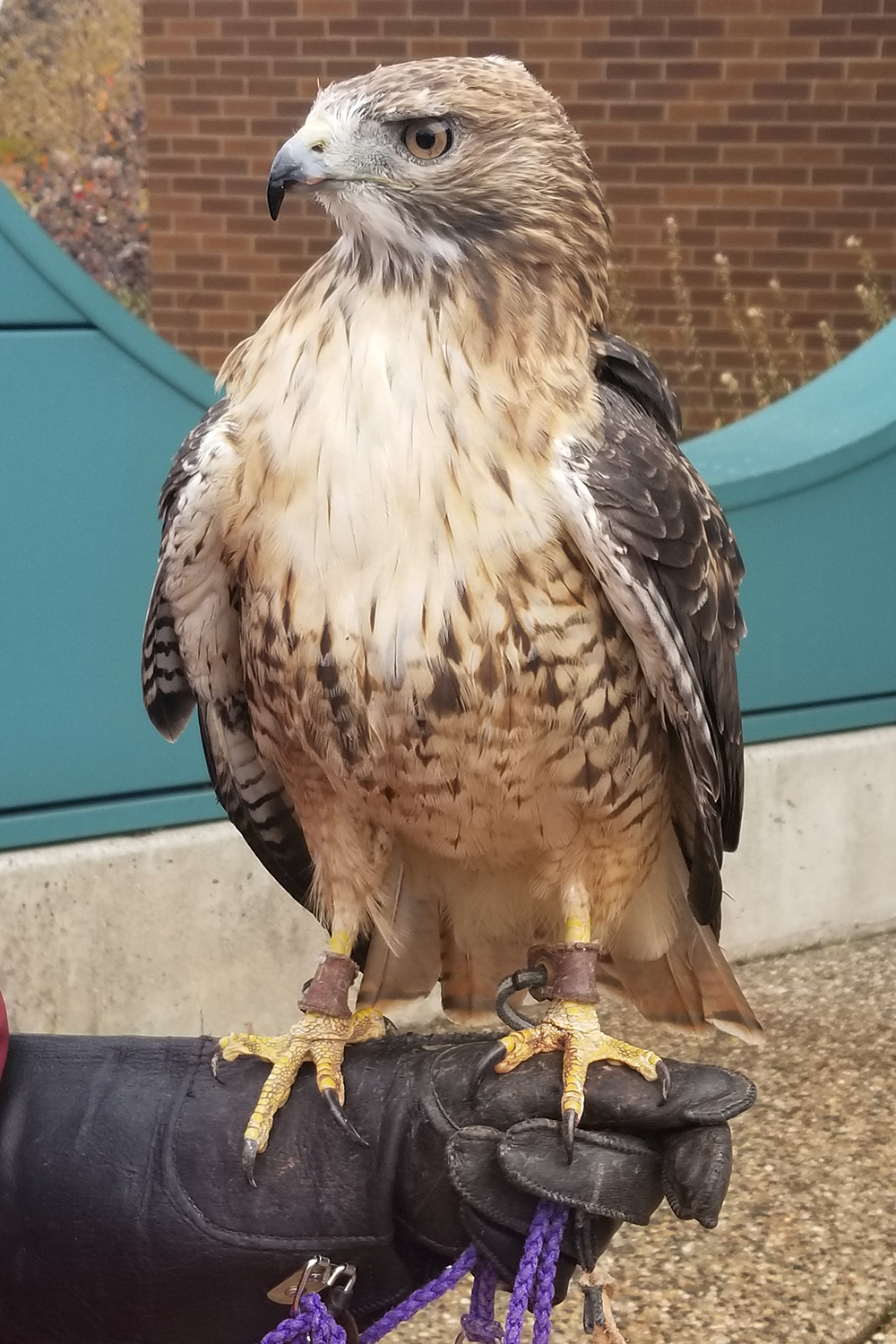 Scout was taken illegally from the wild in his first year of life before authorities were alerted and intervened. The details of his capture and first few months of life are limited, but after assessing Scout's behavior and demeanor we are certain that he did not learn and will never learn how to hunt or care for himself in the wild. For this reason, he transitioned to his role as an education ambassador with The Raptor Center.

The name "Scout" was chosen because of the red-tailed hawks preference for nesting and hunting sites that are high in the air with a clear vantage point to the surrounding areas. You will often see these large, bulky hawks sitting atop light poles and posts while driving down roads. They will then scan open fields, grasslands, or man-made environments for prey that they can swoop down and grab on the ground.

Like many other wild animals, raptors like red-tailed hawks require time with their parents to properly learn what it takes to survive in the wild. That's why it is so important to leave young animals alone and let their parents take care of them. For many raptors, time on the ground or outside of the nest is just part of growing up and the adults are typically nearby keeping a close eye on them. If you believe a young animal is injured, ill, or in immediate danger, call a local rehabilitator or wildlife agency in your area and they will help you out.