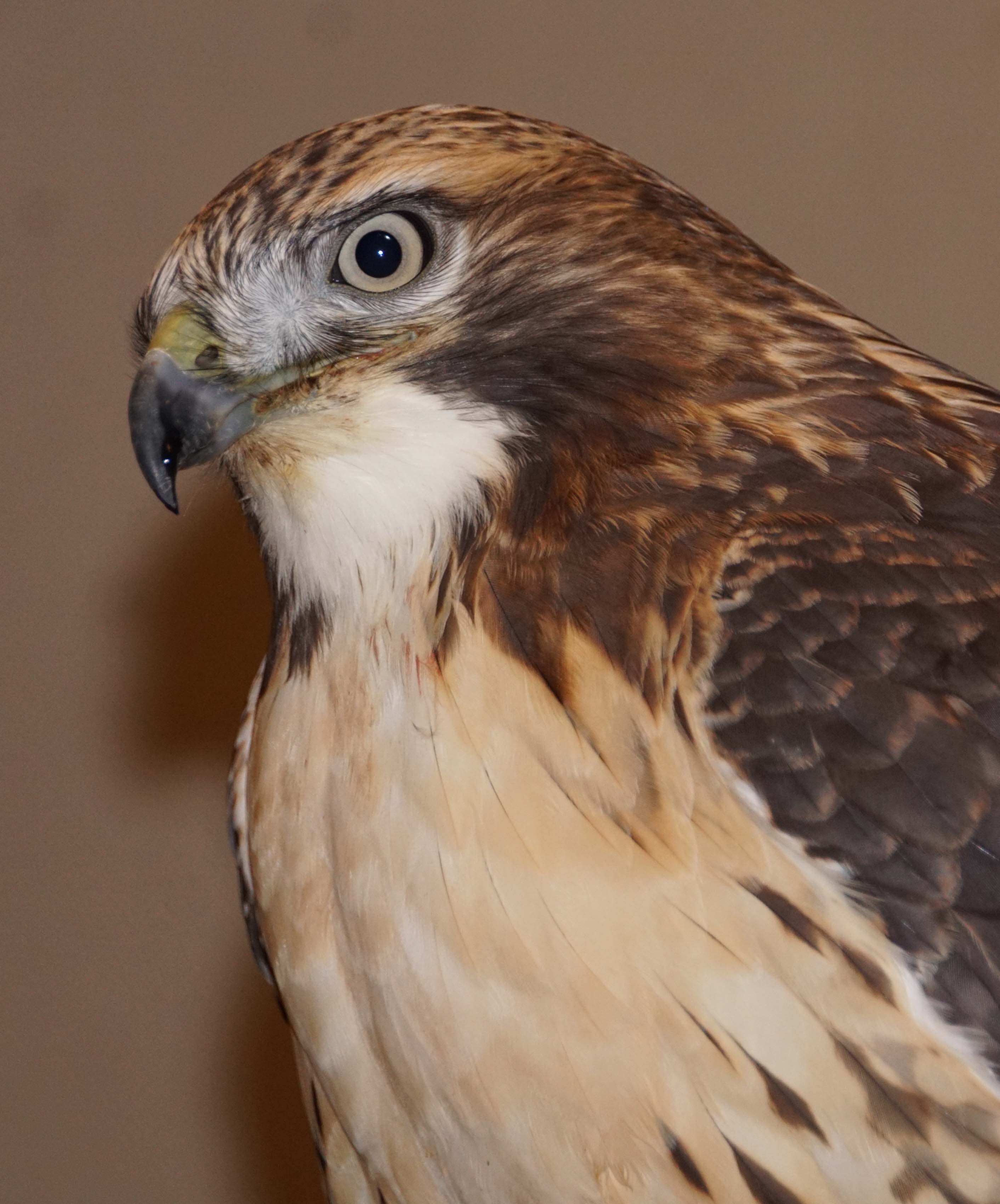 Rowan was noticed in a homeowner’s yard in the early fall of her first year. Though she was full-grown when she left the nest just a few months earlier, this young hawk was having some difficulty.  She had a major metacarpus (bone at the end of her right wing) fracture.

During her examination in TRC’s clinic it was discovered she also had a condition called micropthalmia in her right eye.  This is a developmental disorder of the eye in which her right eye is abnormally small and has anatomic malformations. She is blind in her right eye.

Like Luta, Rowan cannot be released to the wild.  Red-tailed hawks need to have superb depth perception and acuity to hunt successfully and survive other predators.  Even simple activities such as navigating through the trees or avoid obstacles like power lines and buildings are very difficult with vision in only one eye.

Her name came from the rowans or mountain-ashes, which are shrubs or trees in the genus Sorbus, and the Latin name sorbus is from a root for "red, reddish-brown”.