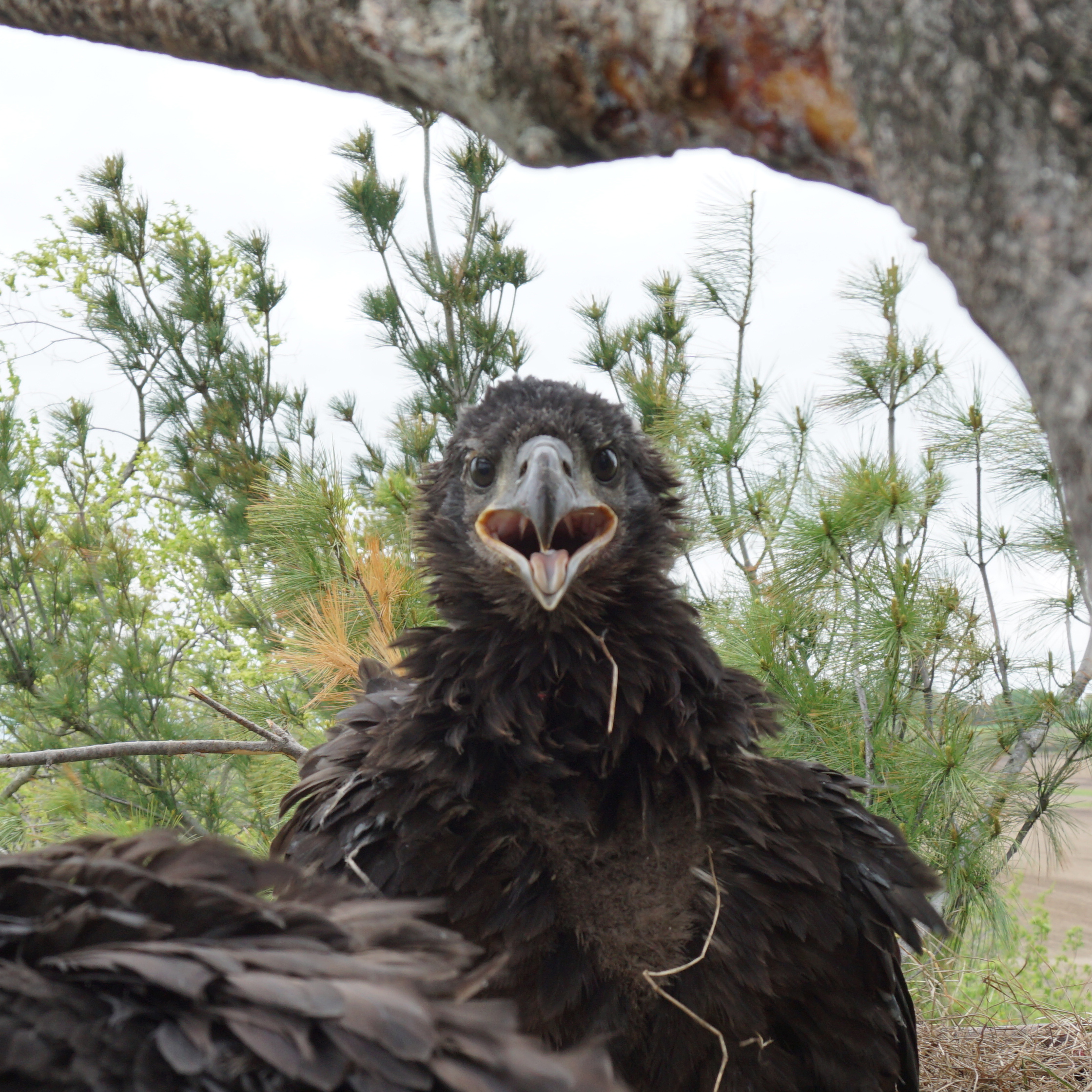 Rising temperatures herald the start of spring, but at The Raptor Center (TRC), the warming weather marks the beginning of something else: baby season. 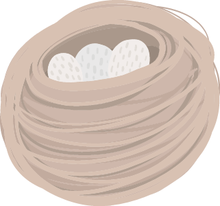 This time period, typically from mid-March to mid-August, marks a busy time for TRC as it receives hundreds of calls regarding the welfare of young raptors who have fallen from nests or are perched in their trees.

It starts with the great horned owls. This species doesn’t build its own nests, preferring to move into old nests constructed by squirrels, crows, and hawks, and occasionally the cavities formed by broken off tree trunks.. All is well as the parents incubate the eggs, but once they hatch and the youngsters become more active, the trouble begins.

“The owlets start moving around the nesting material and any type of integrity that's left gets reduced dramatically,” says Lori Arent, assistant director of TRC. “Spring storms and winds contribute to an old nest’s demise.”

Phone calls about young owls keep the center busy in early to mid spring and are followed by hawk and eagle calls starting in late May. The calls continue throughout the summer as hatchlings grow to become branchers—young raptors that have left the nest and ventured onto nearby branches before they are capable of full flight—and eventually into fledglings, taking their maiden voyage into the air.

Each year, TRC sees around 150 young raptor patients, but some must first be treated for illness or injury. Additionally, TRC staff consults on another 75-100 cases both in and outside of Minnesota. 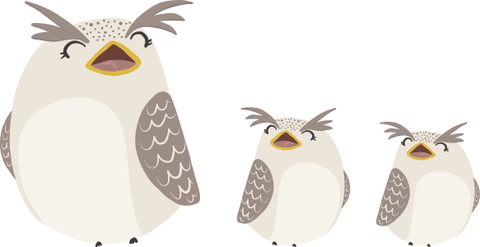 In more rural areas, the young of some raptor species that find themselves grounded are often still cared for by their parents without much interference. Urban areas account for most of the calls TRC receives as concerned residents spot the young birds alone and worry that they have been abandoned. 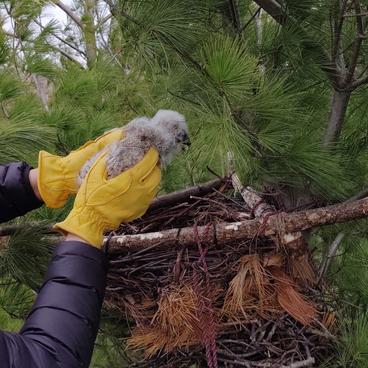 If a nestling young raptor is spotted on its own and passes a medical evaluation, clinic staff work hard to return it to its nest. In cases where the nest’s integrity has been compromised, this means installing a manmade nest near the original and placing the chick inside.

This is easier said than done and sometimes requires the assistance of professional tree climbers. In other cases, extra help is needed.

In April 2020, a lone owlet was discovered at the base of a tree in a Chanhassen, Minn., cemetery. A concerned resident eventually brought the young raptor to Gail Buhl, partnership coordinator for Partners for Wildlife, who was helping TRC clinic staff out last year during the pandemic.

A review of the area where the owlet was found revealed its former nest near the top of a thick, tall pine tree. The tree would have been extremely difficult for a climber to scale, so Buhl and the youngster’s original rescuers turned to the Chanhassen Fire Department to lend a hand.

Accompanied by a firefighter, Buhl rode up to the original nest site in a fire engine’s ladder bucket and secured a man-made nest into the tree. Neighbors later excitedly reported the parents had reunited with their owlet.

In cases where a youngster needs to be removed from its environment due to imminent danger or it has sustained injuries, TRC has procedures in place to foster the chick with a new wild family of the same species.

Caring for young raptors requires an abundance of time, resources, and expertise. TRC works to minimize the time youngsters stay in captivity so their parents can teach them what clinic staff effectively cannot—survival skills. For example, young great horned owls stay with their parents from their spring hatching until mid-October in order to learn these skills.

“We can only do so much. As far as helping them if they have to come into the center, we certainly give them opportunities to learn,” Buhl says. “We try to make their return to the wild as successful as we can through lots of different mechanisms.”

Another challenge for TRC staff is that young raptors are at risk of imprinting on their human caretakers. Imprinting is a process in which the young learn by assessing their environment and establishing a bond with what they perceive to be their parents.

To prevent this, staff employ a bit of illusion when it comes time to feed and care for the youngsters. They don patterned sheets that hide their figures, remain silent, and feed the young in darkness. In the background, recording of raptor calls play as the babies are easily influenced by both sight and sound.

“Young raptors are really impressionable,” Arent says. “And so part of taking care of them is not just making sure that their nutritional needs are met, but that they also develop normally—both mentally and emotionally—so we really try to reduce their human interaction."

The sight of baby animals without their parents often triggers a concerned response in the people that encounter them, but their helpfulness can be hindering.

As mentioned, some raptors will care for their young that end up prematurely out of the nest. The parents respond to the young calling out for food. This natural process is interrupted if humans believe the young raptor to be abandoned and feed it. Without its hunger calls, the parents may not return to the youngster, perpetuating this perceived abandonment.

Another issue with humans feeding young raptors is that these growing predators have very specific nutritional needs to ensure their bones and other body parts develop properly. Feeding them an inappropriate diet, even for a limited time, can have severe consequences to their health and development.

It’s also important to note that keeping and attempting to raise young raptors is illegal. The Raptor Center has special permits that allow it to possess and rehabilitate raptors.

Unless a young raptor is in immediate danger, TRC staff recommends leaving the animal where it is and calling for guidance. TRC has trained experts and volunteers who can assess the situation and mount a proper response. 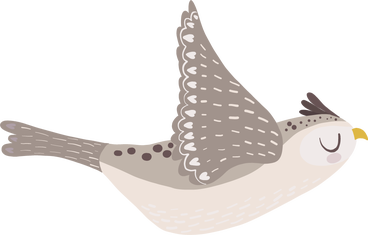 Still, The Raptor Center relies on volunteers and the public to be its eyes and ears when it comes to reporting young raptors in potential distress— and to confirm adults have returned and are caring for the rescued baby. Depending on the situation, clinic staff sometimes coach people who find young raptors how to properly place them back in a nest or tree and request pictures.

“It’s great because they get a chance to be involved and help this chick. Then they get to see that success,” Buhl says. “I’ve got so many photographs from people keeping me updated. It helps us keep track of if the chick is doing OK or not doing OK, and if we need more intervention. That saves us resources as well as certainly gets the general public involved.”