A cascade effect | The Raptor Center
Skip to main content 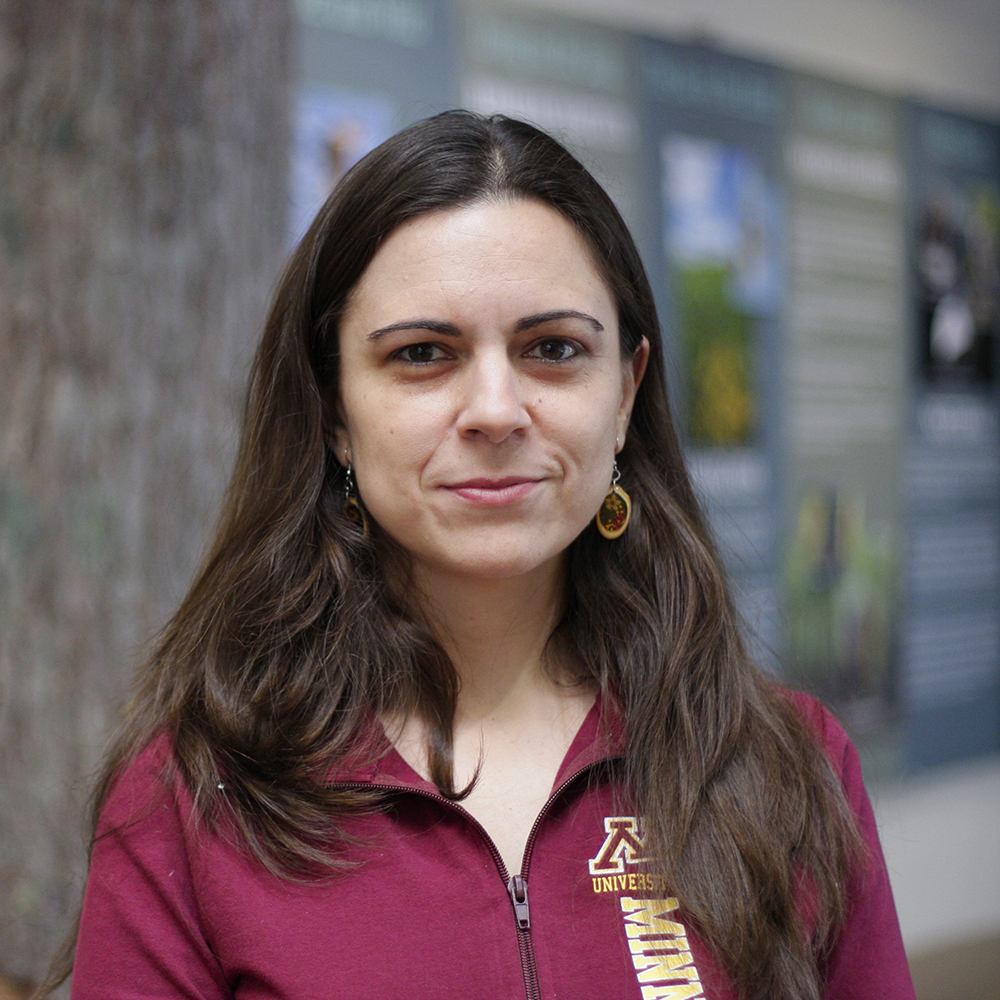 When the European Union (EU) passed legislation allowing veterinarians to prescribe diclofenac, Irene Bueno-Padilla, DVM, MPH, PhD, postdoctoral associate in the University of Minnesota College of Veterinary Medicine (CVM) Department of Veterinary and Biomedical Sciences, became worried about the Iberian Peninsula, which stretches across Spain and Portugal and is home to a large population of vultures.

Diclofenac is a non-steroidal antiinflammatory drug (NSAID) used in veterinary medicine to treat various types of inflammation. It’s also known to cause harm to vulture populations who become exposed to it through the carrion they consume. For example, in India, a vulture’s main source of food is dead cows left at carcass dumps or on the edge of villages. Bueno says that researchers modeled contamination of just 0.3–0.7% of cattle carcasses with a lethal level of diclofenac in India and Pakistan. The model showed that these levels were enough to cause the population of the oriental white‐backed vulture (Gyps bengalensis) to decline at a rate of about 50% in one year.

“Vultures are cleaners of the environment,” says Bueno. “In India, once they began to disappear, there were dead animals left to decay—and other scavengers, such as feral dogs and rats, were interacting with the carrion. Around that time, the feral dog population went up, which was at least partially the cause of a rabies outbreak in humans.” What happened in India is just one example of how public health can be affected by an environmental problem. “Sometimes we wonder why it matters if a species disappears, but it has a cascade effect.”

Bueno is collaborating with a team of researchers on a project on diclofenac, which is being funded by the Morris Animal Foundation and led by a research group at the Autonomous University of Barcelona (UAB) in Spain. At a conference in 2014, Bueno crossed paths with Ignasi Marco, DVM, PhD, professor at UAB, who later became the PI on this project. His team is doing the field work, which includes carcass sampling and collecting samples from vultures that arrive at wildlife rehab centers throughout Spain.

“At the University of Minnesota, we are using the data they collected, along with data from surveys we have conducted on veterinarians and people that work at the muladares [vulture feeding stations] in Spain and Portugal, to develop a risk assessment. Then, we can estimate the risk of exposure of diclofenac and other NSAIDs to vultures,” Bueno says. The project could be finished as early as September.

Once analyzed, data from this project can be used to guide government and veterinary authorities in their drug management policies. “Through surveys we have conducted with veterinarians in Spain, we have learned that many vets have not received education on how drugs they might prescribe can have consequences to wildlife and the environment,” says Bueno. “This might be an avenue we can pursue to suggest outreach and education to professionals in Spain. I think it would be good to create a framework for them in the future.”