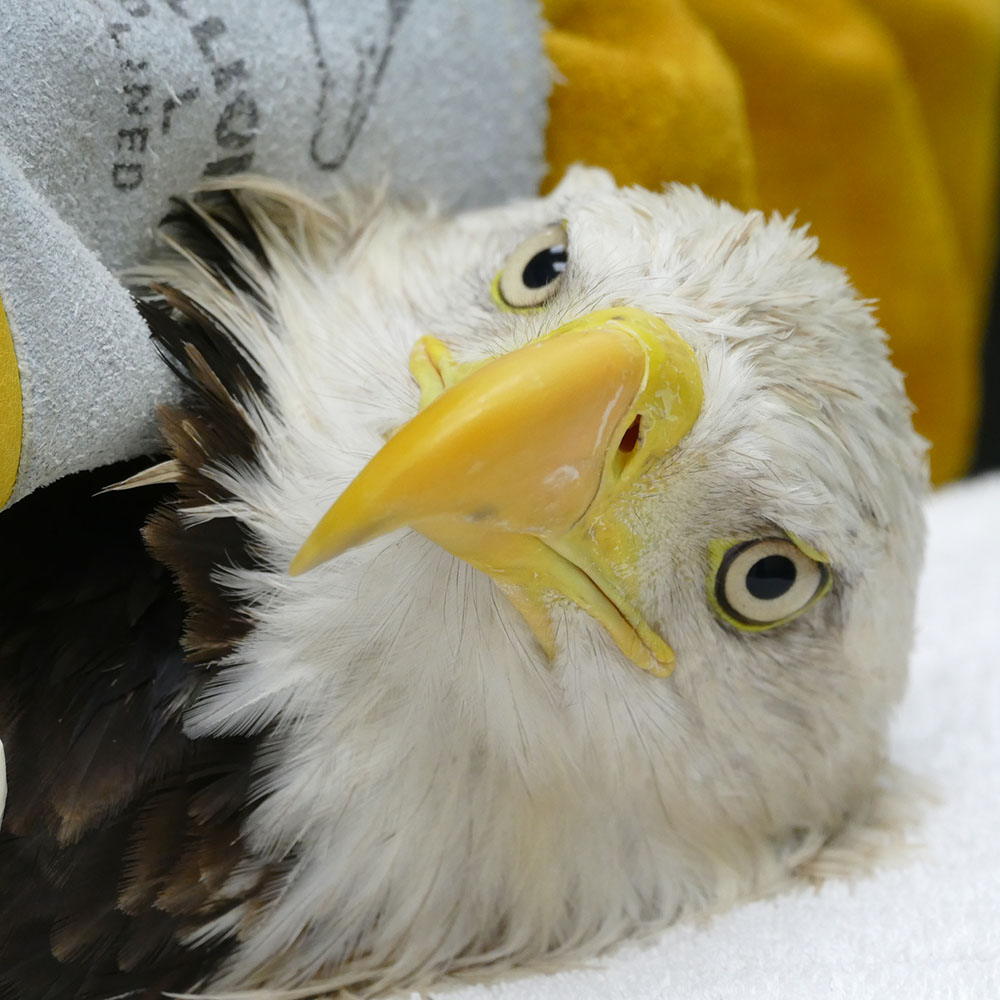 Growing eagle populations and shrinking habitats have led to an increased number of reports of clashing territorial eagles. These mighty birds require many helping hands to recover from injury and illness. In early July, when two adult bald eagles had one such skirmish in the St. Croix River near Marine on St. Croix, Minn., a few key players helped save a life.

As the birds thrashed in the air, they were spotted by a local couple, who then followed the birds to where they landed in the water. When they found the birds, the couple sought help from the Washington County Sheriff’s Office and The Raptor Center (TRC). TRC volunteer Terry Headley suggested the couple try and separate the birds, so one of them jumped into the water to do so with a boat paddle.

The eagles eventually let go of one another. The stronger of the two birds swam away and hopped out of the water, eventually flying away. The other bird drifted downstream, where it slowly scrambled onto a floating log. The couple took photos and texted them to Headley, who was already on her way. After many attempts, the marine manager and Headley were able to safely capture the injured bird. Headley brought the bird into TRC, where veterinarians examined the eagle and found that it was previously banded as a nestling in 2014 in Bayport, Minn., as part of a forest service project to measure contaminants.

“Since she just turned 5, she was probably the interloper— not the territory holder,” says Lori Arent, assistant director of TRC. Veterinarians at TRC also determined that the eagle did not have young this year. The eagle had suffered several puncture wounds to its upper right leg, abdomen, and lower left back, as well as bruising to its right wing. “When I went to suture the puncture wound on her abdomen, I found that it went all the way into her body cavity,” says Annette Ahlmann, DVM, MS student, who provided care to the eagle in TRC’s clinic. “I could see her liver.” Fortunately, the bird has shown much resilience on the road to recovery.

The bird was given opportunities to rebuild its strength and was released in a more “neutral” area, about 50 miles downriver from where the battle took place. It headed north and Arent says there is always a chance that the eagle could return to the area where it was recovered.