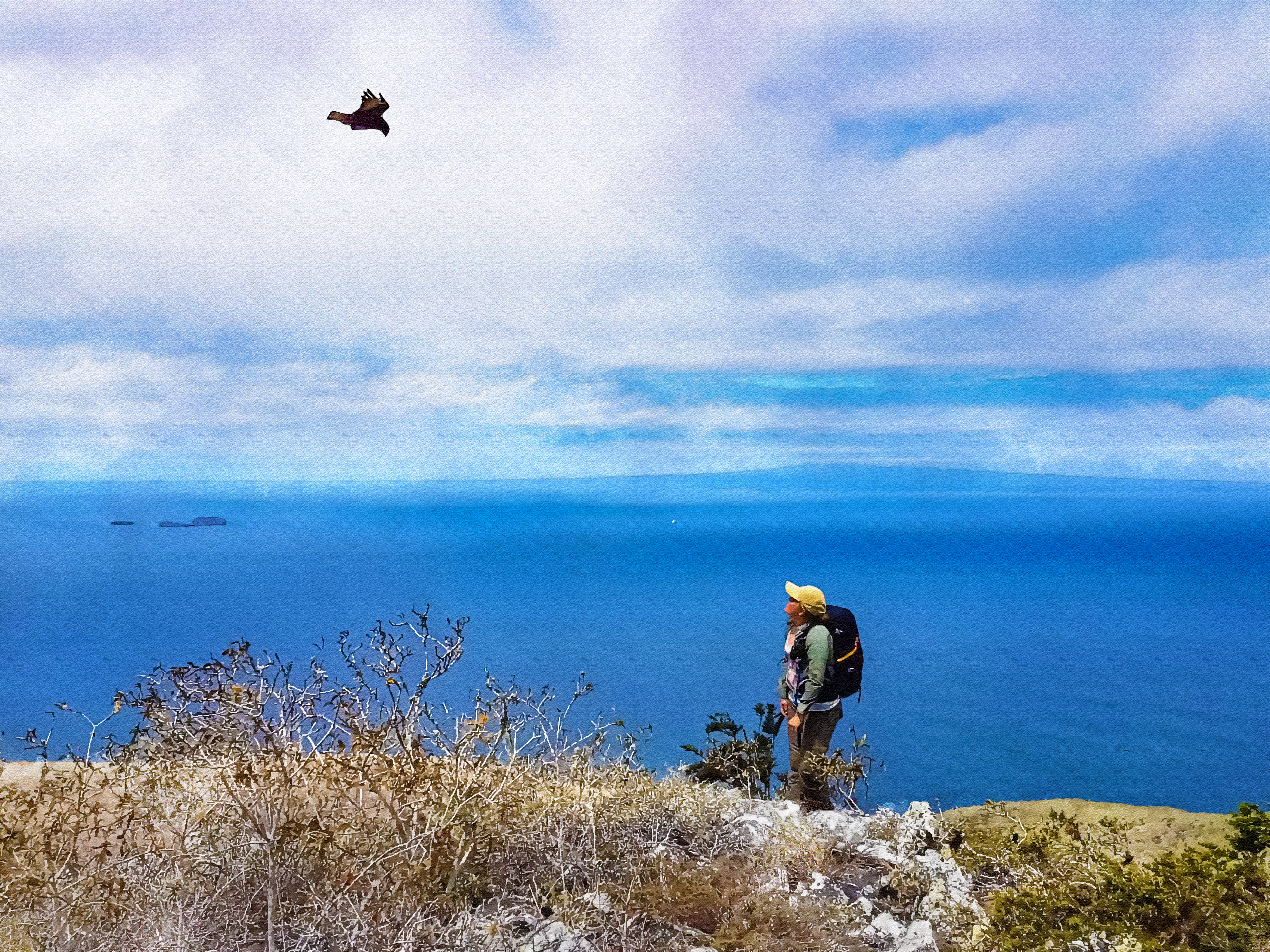 Interns at The Raptor Center help push the envelope

The Raptor Center staff has been teaching and learning from interns and residents since 1990. The center has had 10 residents and 16 interns.

When selecting interns, “we look for a natural ability to see the big picture,” she says. “How would they approach a case? How does their thought process work? We want people who can look at the info we have and the info they know and make good decisions that are supported by evidence.” 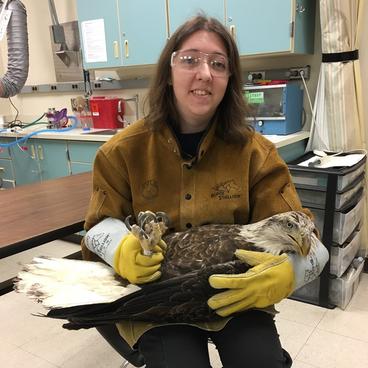 Current TRC intern Kyra Knutson, DVM, is unsure of where her career will lead her, but she is certain the training and experience she is receiving at the TRC will be invaluable.

“Wildlife rehabilitation medicine is still in its infancy,” says Knutson, who graduated from Oregon State University Carlson College of Veterinary Medicine and has goals of becoming a wildlife specialist. “It is an ever-expanding field.”

Knutson first became intrigued with the field when she volunteered at a wildlife rehabilitation center as a teenager. She loved the work, but quickly realized there was a pressing need for highly-skilled veterinarians.

Knutson applied for an internship at TRC because of the center’s “amazing reputation for being a leader in raptor medicine,” she says. “They practice high-quality medicine, and a lot of the species we see at The Raptor Center you don’t see at other places.”

During her internship, Knutson received specialized training in avian medicine, performed orthopedic surgery, saw a great gray owl for the first time, and helped treat a red shouldered hawk from “death’s door” to release. She says her experience at TRC helped her secure a residency in zoological and exotic veterinary medicine. Knutson will start her residency program this summer, joining TRC’s many internship alumni base who are continuing the fight for raptor rehabilitation and conservation around the globe.

After three years of hard work, Paula Castano, DVM, MS, took a deep breath, hoped for the best, and released hawks back into the wild on one of the Galapagos Islands in Ecuador.

The Raptor Center (TRC) has partnered with the Galapagos National Park Service (GNP) since 2010 to protect indigenous hawks during a long-term conservation project. Non-native black rats have had a significant, detrimental effect on the natural biodiversity of the islands, and the GNP is eradicating them with pesticide bait. However, since hawks feed on rats, this places the hawks at high risk of secondary poisoning. The researchers decided to place the hawks in temporary captivity during the eradication process.

TRC provides veterinary expertise with raptors. Castano was asked to care for and manage the hawks during their captivity.

Castano completed her DVM at the National University of Columbia in 2007 and interned at TRC in 2009. After that, she earned her master’s degree in conservation medicine from Tufts University in Medford, Mass., in 2012. Castano planned to return to her native Columbia and establish her career when Ponder called and asked her to help in the Galapagos Islands. The experience has affected her deeply and completely changed her career path.

“I spent so much time with the hawks,” Castano says. “It was very hard work, but I had the opportunity to see it through. We brought them back in the wild, and now they are establishing and having babies.”

Castano decided to remain in the Galapagos Islands and work as an expert at a non-profit organization focused on island conservation.

“I am here thanks to what I did at the Raptor Center, and thanks to the people I met there,” she says. “They pushed me to become what I am.”

“We are the leading program in the world for raptor medicine, and we fill the interns’ heads with everything we know in one year,” Ponder said. “They are the cream of the crop from everywhere, and they bring us fresh ideas.”

Two of this year’s three interns had completed an internship with small animals prior to joining TRC. They brought with them cutting-edge knowledge of critical care, pain management, and treatment.

“We take our extensive knowledge of birds and raptors and combine it with their ideas,” Ponder said. “Does this make sense for raptors? Is it something we should consider in birds? We push the envelope the hard way.”