It takes two | The Raptor Center
Skip to main content

From the clinic
It takes two
The Raptor Center 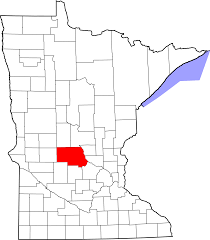 Perhaps the most interesting set of cases to take place at the TRC in the last year took place in late January. The Trauma Center received two birds, three weeks apart from within a block of each other on the same road in Stearns County. The Trauma Center rarely admits two raptors from the same area in such a short period of time.

One is an adult female bald eagle, that was admitted with injuries that reflect that she was likely in a territorial fight. She was released in Hastings in March. Interestingly, she had been to TRC’s Trauma Center previously, when she recovered from a broken wing and leg as a second year bird in 2014. She was released at a public bird release in Hastings afterward, in September 2014. The second is an adult female great horned owl, that suffered a fractured collarbone and internal trauma from an unknown cause. Both are still undergoing rehabilitation